THE LAST thing Meg wants is a child, but when she finds herself confronted by her 39th birthday, she starts to see motherhood in a different light, and decides to find a way to be a mother on her own terms.

Meg's bohemian boyfriend Teddy does not share her new found desire, so Meg decides to find the right guy with whom to spend a perfectly random night. If she can avoid the pitfalls of modern dating, she might discover that one random night could leave her expecting more.

This is The Randomer, the new Irish comedy-drama film about sex, love, and procreation, written by Gerard Stembridge (About Adam, Ordinary Decent Criminal, Scrap Saturday ) and produced by the masters’ course at Filmbase, and which will be have it's world premiere tomorrow as part of the Galway Film Fleadh.

The director of photography on The Randomer was former Galway Advertiser journalist Ebhan Loughlin (pictured below ), who is originally from Claregalway. 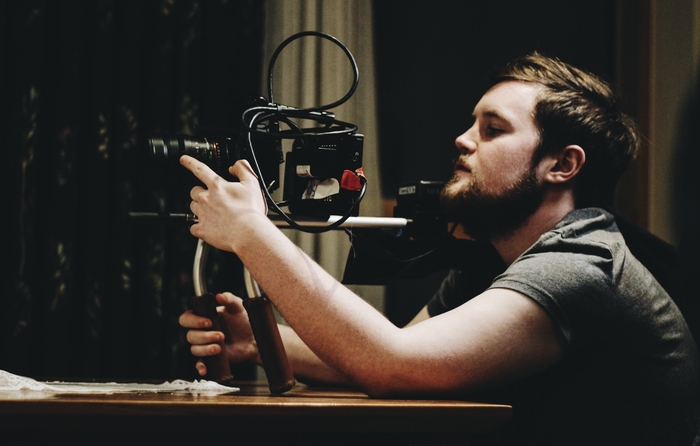 The Randomer was Ebhan's first feature film project and involved him being in charge of the camera, framing, and lighting. He admits to it being a "steep learning curve", especially as he only picked up a camera for the first time last November.

“For the most part we were all very new to the whole process of shooting a feature film, some like me were entirely new to the industry and had no idea what they wanted to do,” he said. “I found myself drawn to camerawork pretty much from the first time I picked up a camera.”

After months of pre-production, principal photography took place over the course of a three week period from April to May this year around Dublin. Despite the short timeframe, the cast and crew were able to complete filming and post production just in time for this year's Fleadh.

“Being DP on The Randomer was an amazing and challenging experience, at times a bit stressful, but overall it was one of the best things I have done. It is a major honour to be a part of this year’s Fleadh. To get the chance to see our work on the big screen at the Town Hall Theatre is going to be something really special, and marks the start of our careers in this exciting industry.”

The Randomer will be screened on Wednesday [July 6] at 10pm in the Town Hall. For tickets contact 091 - 569777 or www.tht.ie See www.therandomermovie.com and www.galwayfilmfleadh.com