IDENTITY - ONE word but it covers a multitude of aspects within an individual. There is personal identity, political identity, cultural identity, national identity, sexual identity, and, more than ever before, a focus on gender identity that calls into question the idea of gender itself.

All these aspects of identity will be explored in the 2016 Galway International Arts Festival's First Thought Talks strand. The festival was interested in looking at ideas on this issue, in the widest possible way, given it is the centenary of the 1916 Rising - when Ireland sought to regain a separate identity after three centuries British domination. "It's our contribution to the 1916 commemoration events," GIAF artistic director Paul Fahy has said.

For a stunningly beautiful model like Cameron Russell to give a talk entitled Looks Aren't Evertything may sound a bit rich, but as she pointed out in an article for CNN, looks indeed are not everything when it comes to modelling - issues of race, class, and narrow definitions of beauty, also play a large part:

"The real way that I became a model is that I won a genetic lottery," she said, "and I am the recipient of a legacy. For the past few centuries we have defined beauty, not just as health and youth and symmetry that we're biologically programmed to admire, but also as tall, slender figures, and femininity and white skin, and it's a legacy that I've been cashing in on. Some fashionistas may think, 'Wait. Naomi. Tyra. Joan Smalls. Liu Wen.' But the truth is that in 2007 when an inspired NYU PhD student counted all the models on the runway, of the 677 models hired, only 27, or less than four per cent, were non-white."

Cameron will be in conversation with RTÉ's Evelyn O'Rourke in NUIG's Bailey Allen Hall on Wednesday July 13 at 6pm.

What makes a woman? What makes a man? The term gender-fluid has become part of public discourse, and people are debating these issues as never before. It may be that gender, which has been synonymous with the sexual organs, is not so much a physical thing, but a socially constructed idea. Yet even that may be giving way to yet another definition which relates, not to society or biology, but to a person's own internal sense of self.

New such ways of talking about identity and otherness will be explored in I Am Who I Am, with Rebecca Root, the award winning actor and transgender star of the BBC's Boy Meets Girl, in NUIG's Aula Maxima, Sunday July 17 at 11am.

The politics of identity

Once Irish political identity was summed up by a person being Fianna Fáil, Fine Gael, or Labour. With the traditional 'two and a half party system' in decline, FF's Mary O'Rourke, Labour's Alex White, and FG advisor Mark Mortell will discuss the lessons to be learned from Election 2016 in It's My Party in the Bailey Allen Hall, Saturday July 16, 4pm. 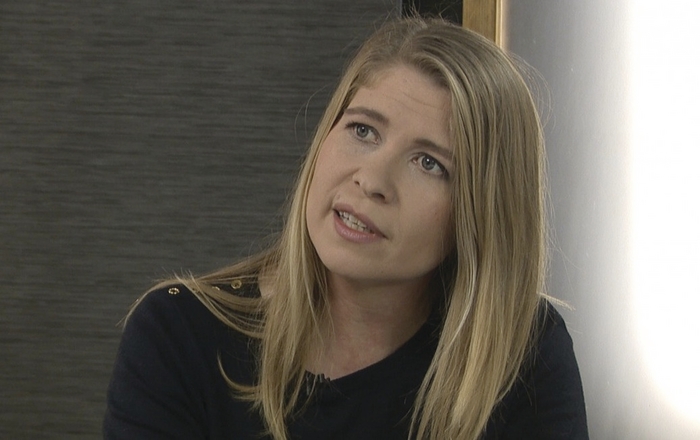 Ireland and Iceland both suffered terribly following the financial collapse of 2008. In its wake Iceland drafted a new constitution and prosecuted leading political and financial figures, something Ireland was loath to do. Rewriting a National Identity - Can Iceland Teach Ireland? will examine how Iceland dealt with the crisis, in the Aula Maxima, NUIG, Saturday 16, 10am. Speakers include Katrín Oddsdóttir (pictured above ), a member of Iceland's Constitution Committee, and former government minister Alex White.

How the arts can impact on identity will be explored in three different events. In All The World's A Stage, theatre critic of The Guardian, Michael Billington, along with UCD's Cathy Leeney, The Abbey's Neil Murray, and actor Cathy Belton, will ask, 'Can theatre define a nation?' (Aula Maxima, July 16, 5.30pm ). Music and identity will be explored via a performance and masterclass by composer Peadar Ó Riada (Aula Maxima, July 23, 6pm ) and through the Irish tradition of rebel songs, with Terry Moylan (Monroe's Live, July 23, 4pm ).

There will also be talks on consumerism - The Land of Tatyo Brand Identity and Ireland (Aula Maxima, July 16, 1pm ); and the Irish language in You Are What You Speak with Louis de Paor, Mancháin Magan, and Regina Uí Chollatáin (Aula Maxima, July 17, 3.30pm ).