Ireland should be prepared to take in 10,000 Syrian refugees, with each parish in the State being willing to accommodate five families each, according to Independent Galway West Senator Fidelma Healy-Eames.

The Maree based senator is demanding the immediate recall of the Seanad to discuss the ongoing refugee crisis in the Mediterranean and Europe. So far, almost 20 senators have supported her call, but a decision on a recall has yet to be made by the Cathaoirleach of the Seanad, Paddy Burke.

As the refugee crisis has escalated in recent weeks, and political minds in Europe become focused, the Fine Gael-Labour Government has pledged to accept Syrian refugees, but has given different numbers for those it has been willing to take in. Original figures mentioned included 800, but this rose to 1,200, last week following statements by Justice Minister Frances Fitzgerald. It has since been indicated that the final figure may be 1,800. Táinaiste Joan Burton, though said Ireland could accept up to 5,000 refugees.

However, Sen Healy-Eames believes Ireland can accommodate about five times the figures Minister Fitzgerald has suggested, and twice that of Minister Burton, by arguing for the State to take in 10,000 Syrians, saying civil society and the churches, must come together to make accommodation and care available". She says that with more than 1,000 parishes in Ireland, each parish could accommodate "up to five families". 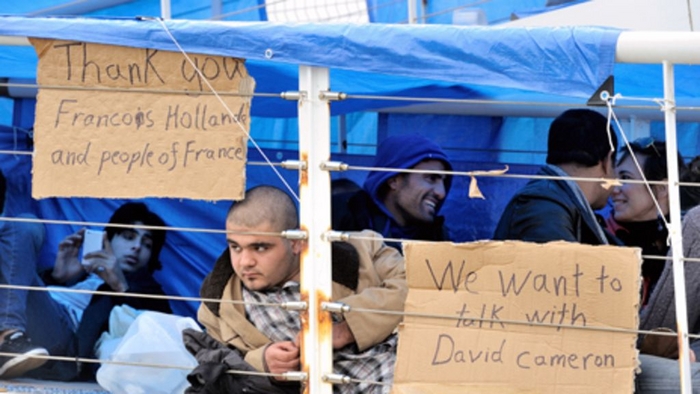 Sen Healy-Eames, who has compared the flight of Syrians from the war torn Middle-Eastern state, and the resulting refugee crisis, to the Great Famine on Ireland and the displacement of peoples in WWII, said “electoral or economic considerations should not override our duty to save dying children and innocent families". She also said "inaction by Ireland and Europe is and will be the deaths of many thousands, if not hundreds of thousands, of innocent people. This cannot stand. We have a duty that supercedes any economic or electoral considerations".

She said the upcoming General Election and bureaucracy must not be used to prevent Ireland providing shelter and refuge for displaced Syrians.

"It is the duty of all those who care about the lives of innocent children to step up and save the thousands fleeing certain death and seeking refuge in Europe," she said, "This country has been through a very tough period. I believe we have a very definitive responsibility to our own people. They are always our priority, but let me be clear: Our own people are not facing torture and persecution. These Syrian people are, and the right thing to do is to set an example to the world and to help them. During the Second World War, Syria was a host country to thousands of WWII victims. Now it is our turn to help them."