THE IRISH premiere of Frank McGuinness’s 2012 play, The Match Box, is one of the main attractions in this year’s Galway International Arts Festival, all the more so as it features Renmore's Cathy Belton, making her festival debut – and in a one-woman play to boot.

Belton plays Sal, a London-Irish single mother, who has come to live on Valentia Island following the violent death of her young daughter, Mary, in a shooting incident in London. Here she recreates the turbulent and conflicting emotions arising from her terrible loss as she takes the audience through each harrowing, yet riveting, step of her journey.

There is the shocking, numbing initial discovery of her daughter’s death; the disbelieving visit to the morgue to view the body; the obligatory press conference amid the hot glare of press cameras and being told what to say by police advisers; the coping with the futile sympathies of well wishers and; over and above everything else, the visceral thirst for revenge on her daughter’s killers.

Sal’s vengeful impulse is both entirely recognisable as a flesh and blood human response to her grievous loss yet also connects her character with figures from the world of Greek drama, such as Electra, characters McGuinness is intimately familiar with from his translations of such classics.

Belton also portrays Sal’s mother. While Sal wrestles with the dilemma of vengeance vs forgiveness, her mother is unflinching, implacable, and terrifying in insisting upon the need for retribution, and on instinctively knowing exactly how it should be brought about. Witnessing the transformation of an ordinary Irish countrywoman into this pitiless, iron-hearted agent of destruction is quite astonishing. 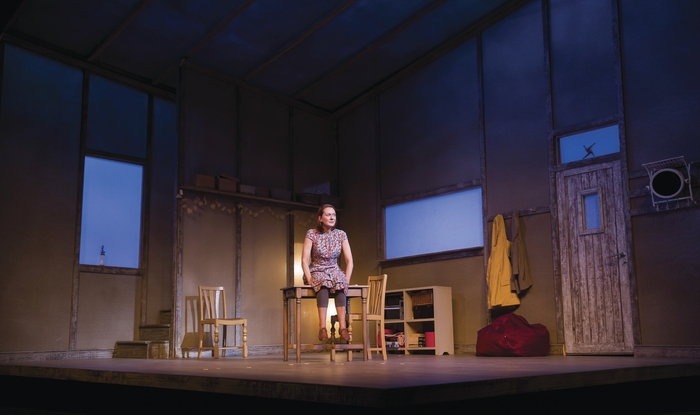 Paul Keogan’s design provides an unexpectedly light, airy, and spacious setting for this dark and intimate emotional drama. The walls of Sal’s island home, with their vertical wooden slats and sand-coloured fabric, suggest Japan as much as Valentia Island. Yet it offers a calm visual contrast to the inner emotional heat that propels much of the story. Teho Teardo’s plangent score adds further to the texture of the play, particularly in the way it conjures a sense of Sal’s daughter, Mary.

Belton’s performance, under Joan Sheehy’s sensitive and finely nuanced direction, is a tour-de-force. We are completely caught up in Sal’s grief, pain, bewilderment, sorrow, anguish, and rage, all of which Belton conveys with immense control, power, and heart-rending empathy.

One and all can be well pleased with their work on the production. The Match Box continues in the Town Hall Theatre up to and including Saturday.