MOHSEN MAKHMALBAF, the Iranian film-maker who spent four and a half years in a political prison during the regime of Mohammad Reza Shah, will attend this year's Galway Film Fleadh, and receive the fleadh’s highest honour - the Galway Hooker Award.

Mr Makhmalbaf will also give this year's Fleadh Directors Masterclass, in partnership with Screen Training Ireland, and attend the Irish premiere of his latest film, The President, in the Town Hall Theatre at 8pm on Thursday July 9.

Mr Makhmalbaf was born in a poor neighborhood in southern Tehran in 1957. While still an adolescent, he dropped out of school to join the fight against the Shah's regime. At 17 he was arrested and was serving a five-year sentence until freed during the 1979 Revolution. “I was in jail for four and a half years," he has said since. "When I came out, I continued the same struggle against injustice but instead of using weapons, I began to use art and cinema.”

A major figure in Iranian cinema, Mr Makhmalbaf's films, Salaam Cinema (1995 ), Kandahar (2001 ), and The Gardener (2013 ), explore the relationship between the individual and a larger social and political environment, and serves as a commentary on the historical progression of the Iranian state and its people. He has also explored various genres, such as realism, fantasy, surrealism, and minimalism. He is also a pro-democracy supporter, a fact that has led him to conflict with the Iranian regieme. Since 2009, 40 films made by the Makhmalbaf family, alongside Mohsen’s 30 published books are banned in his homeland. 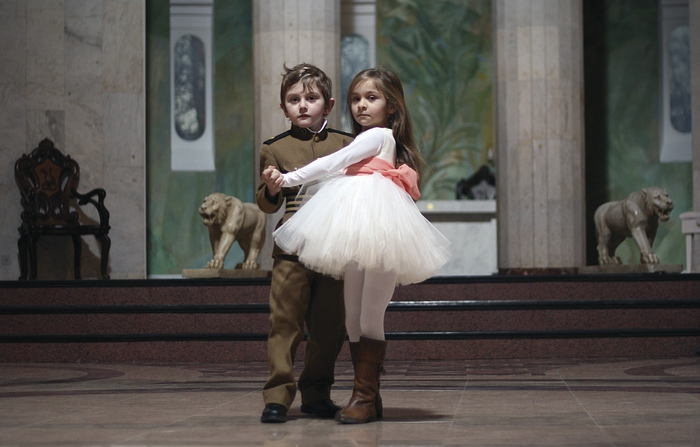 An international co-production shot in Georgia, The President is a gripping and inventive film, which echoes real-life political events, from the Arab spring and beyond. It centres on the president of an unnamed country, played by Misha Gomiashvili, who interrupts signing execution warrants to spend time with his grandson (Dachi Orvelashvili ). To demonstrate his power, he orders the lights of the city turned on and off, but this angers the people and sparks a revolution. Forced to flee with his grandson, the president shields the young boy from danger with elaborate games of pretence. But the harsh consequences of his regime become obvious as they encounter his former subjects.

Mr Makhmalbaf will be presented with the Galway Hooker Award at the Galway Film Fleadh’s Closing Night Awards Ceremony on Sunday July 12 at 7.15pm in the Town Hall Theatre. The Directors' Masterclass, in partnership with Screen Training Ireland, and moderated by BAFTA member Kieron J Walsh, takes place on Friday July 10 from 10am to 1pm in the Radisson Blu Hotel. To apply for a place in the masterclass, see www.galwayfilmfleadh.com