A GIANT, bulbous whale floating in the sky; a woman transitioning to a man; Red Rock's Cathy Belton in a one-woman show; a new short play by Enda Walsh, and Crowded House's Tim Finn exploring his origins through song and story - this is just some of what is coming to the 2015 Galway International Arts Festival. 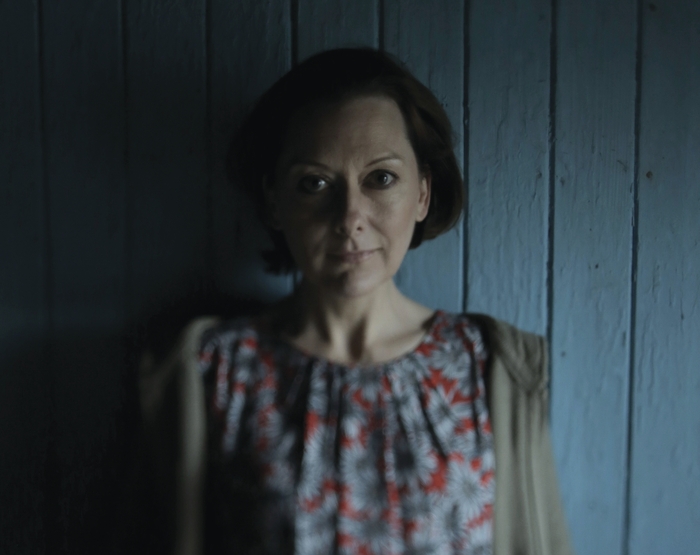 One of the main productions at the festival will be Frank McGuinness's The Match Box, starring leading Galway actor Cathy Belton (pictured above ), in the Town Hall (July 15 to 26 ). Sal is a woman to be pitied and feared in equal measure. Living in exile on Valentia Island, the event which pushed her to the edge amd brought her there are as unexpected as they are brutal.

Transgender identity is at the core of Amy Conroy's Luck Just Kissed You Hello (Druid Mick Lally Theatre, July 9 - 25 ). Laura returns home for the death of her father, but Laura is now Mark. He, along with Gary and Sullivan, must decide on how their father is remembered. They must find a way to forgive and find a way to recognise themselves again.

It seems no arts festival is complete without Enda Walsh and he returns with a new short play, A Girl's Bedroom (Bank of Ireland Theatre, NUI Galway, July 13 to 26 ). A six-year-old girl leaves her family home, and walks. She never stops. Until now. Other theatre shows to look out for are Olwen Fouéré with Samuel Beckett's Lessness (An Taibhdhearc, July 22 - 26 ); Galway Youth Theatre's production of Pat McCabe's The Dead School (Nuns Island Theatre, July 13 - 26 ); and the Diarmuid deFaoite directed Maum, about the Maumtransna murders (An Taibhdhearc, July 9 - 18 ). There will also be play readings in An Taibhdhearc and the Mick Lally Theatre.

One of the most unusual shows will be Exhibit B (Black Box, July 14 - 19 ). Created by South African artist Brett Bailey, it is a mix of installation, museum exhibition, and theatre. In a powerful critique of racism, 13 live installations examine the colonial policies and history of Europe in Africa. Collectively each scene confronts colonial atrocities and the plight of immigrants today.

Hofesh Shechter, the Israeli choreographer whose Political Mother was one of the highlights of the 2010 festival returns with deGeneration (Black Box, July 21 - 25 ), which features three works, highlighting his cinematic, smoky brand of dance.

Music to suit all tastes 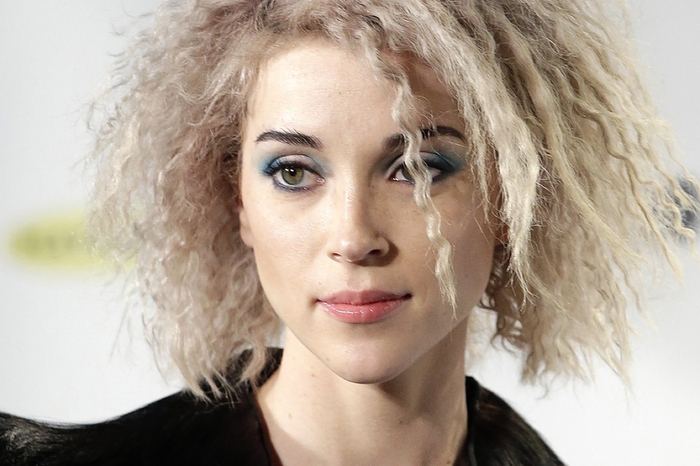 Monroe's Live will host concerts by Andy Irvine and Donal Lunny (July 16 ); Damien Dempsey (July 17 ); Aldoc, featuring former Gradá frontmen Alan Doherty and Gerry Paul (July 23 ); and Jamaican DJ and promoter Newton Dunbar (July 24 ). It will also host the lunchtime trad concerts from July 18 to 25, which will include a show from Liz and Yvonne Kane (July 25 ). 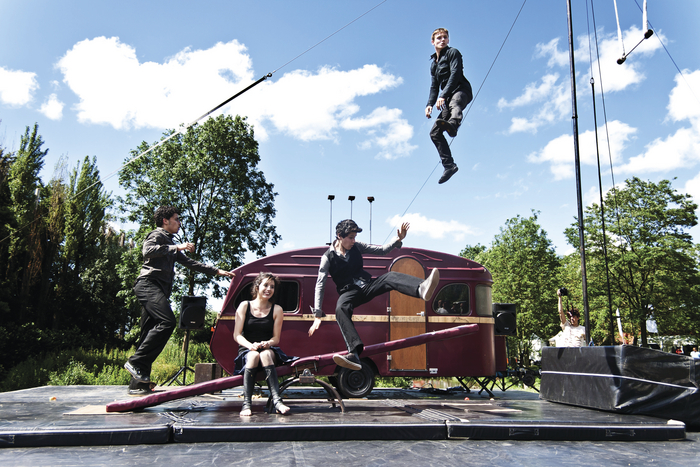 One of the highlights of the festival will be the giant floating whale/hot air balloon that is Skywhale, by Australian artist Patricia Piccinini, from July 13 to 19. The skywhale, 100 feet long and 70 feet tall, will be tethered at various locations in the city and will take to the air, weather permitting, for three flights over Galway.