THE OPENING show of this weekend’s Galway Theatre Festival is Suitcase, ‘an improvised theatrical experience’, presented by The Sky Babies at Nun’s Island Theatre, tomorrow and Saturday.

Suitcase uses ideas offered by the audience to create fascinating characters, intriguing stories and unforgettable moments. Electronically scored in real time, The Sky Babies, featuring accomplished actors and musicians based in Galway, weave together the dramatic and the comedic enabling performers and audience to discover the piece together, live. Suitcase premiered in 2014 and played to full houses, and standing ovations, both in Galway and at Improv Fest Ireland in Dublin.

Suitcase is an example of what is called long-form improvisation, and ahead of the show’s Galway Theatre Festival run, Órla Mc Govern filled me in on what it entails.

“Long-form improvisation is a broad term; it just means it is not the kind of short improv people will know from the likes of Whose Line Is It Anyway,” she explains. “It is more like an improvised play. A lot of long-form improv, including our own, would lean toward comedy, but there is a mix of light and darkness. The audience are invited to contribute ideas and these are then used throughout the show by us performers who improvise an entire piece of theatre. The suggestions from the audience will be written on pieces of paper and drawn out of a hat as the play progresses, so we won’t be stopping and starting the show to ask for them. We’re also scoring the piece live, our musician, Niceol Blue, is digitally improvising a soundtrack for the entire piece.

“The pace will be different from Whose Line is it Anyway because that format is about pushing the jokes, whereas this is very character-based. The actors in the show are strong actors, the scenes could be monologues or involving all four of us, it’s an open playing field. The show is totally different from one night to the next. When we did a three-night run here last year we had some people coming all three nights. By its nature it is going to be a different show each night because there are different suggestions coming from the audience.” 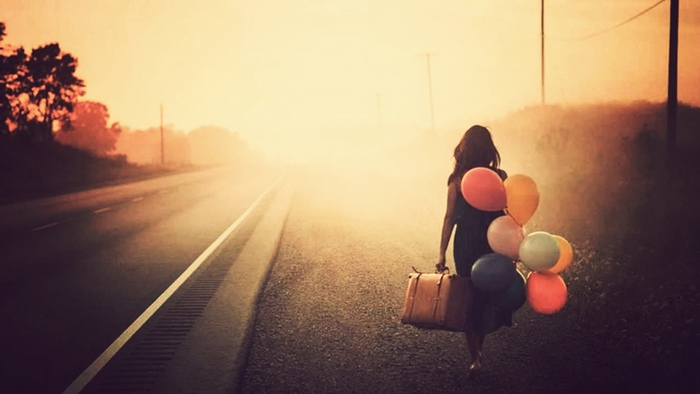 The poster image for The Sky Babies show suitcase.

McGovern relishes the particular thrill of improv performing. “For a performer it is very exciting, you have to keep your wits about you,” she states. “What it does, which is brilliant for actors in general, is it really forces you to listen because you have to listen, and be open, to whoever you are onstage with. You are literally discovering the story as you go along, even though it might appear that you know it. It’s magical when it all comes together.

“The Sky Babies have a core group of performers and we invite guests in on a project by project basis. We think it is very exciting, people don’t quite know what to make of it when you say you are going to improvise a play. It’s very exciting discovering characters with the audience, and the audiences are incredibly engaged by it. ”

McGovern cut her teeth in straight theatre, before moving to the USA, spending 12 years in Seattle. It was there she was introduced to improv and she has built on that since her return to Ireland nine years ago.

“I trained as an actor, so came to improv from a theatre background whereas a lot of people, especially in Ireland, come to it from a comedy background,” she notes. “In the States there is a huge movement of improvised theatre, and even more so in mainland Europe. I started doing it in the US, and when I moved back here I started teaching it, and now I perform at festivals all over the world. Improv in Ireland is still in its infancy but it’s growing fast, there is a lot of short-form comedy improv and a lot more groups are now doing long-form improv. Improv Fest Ireland, in November, is now in its third year and it’s attracting a lot of attention. I’ll also be starting a regular improv night soon in The Loft [formerly Kelly’s] where I’ll be inviting national and international improv performers to perform.”

As well as Suitcase, McGovern is involved with another Galway Theatre Festival show, the Moth & Butterfly Night of Story and Improvisation this Sunday. The event is partly inspired by the celebrated Moth storytelling movement in the US but with its own distinctive stamp.

“Moth & Butterfly has been going for just over two years,” McGovern tells me. “I wanted to bring together a night that had storytelling but also improvisation which hadn’t really been done before. We started off in the Townhouse but it got flooded so we moved to Ard Bia and they’ve been great with us.

“We have a crew of performers and storytellers on the night. What we try and do is open it to the audience, and if we can get a third of the content from them, we’ll pull back on our scheduled content. We try and make it about the audience as well as the crew. Every night has a theme, for the Galway Theatre Festival it will be ‘Leap of Faith’.”

In its two years, Moth & Butterfly has built up a loyal following. “A lot of people say it is a unique night, there is an intimacy that people really love, especially in Ard Bia where the capacity is about 60/65,” McGovern observes. “The same people who came to the very first night are still coming. The regulars do have a protective thing about the night and say ‘we don’t want everybody coming along!’ so I don’t know what effect this article will have!”

How would she compare the stories in Moth & Butterfly with those that feature in the US version of the Moth? “I think we have a leaning toward comedy in our nature,” she opines. “That said, our nights aren’t just about funny stories; people can tell true stories as well and we get some amazing stories from people.

“Initially people had a bit of fear about getting up and baring their soul, they’d rather tell a yarn than something very truthful. There was one guy who was coming regularly for a year before he got up and told a story, and it was a beautiful story about himself and his father building a boat together. We can be a little reluctant to share our own stories yet they can be the most treasured ones. When something truthful hits, it’s a very special moment. I think that is one of the chief successes of the night, its blend of the moth and improv. It provides a bit of everything.”

Suitcase is at Nuns’ Island Theatre tomorrow at 7pm and Saturday at 1pm. Tickets are €12/10/8. The ensemble cast is Ionia Ní Chróinín, Darragh O’Brien, Niceol Blue, and Zita McGowan. The artistic director is Órla Mc Govern. Moth & Butterfly is at the Factory at Electric Garden, Abbeygate Street, on Sunday at 8pm. Tickets are €5. Bookings for both shows is through 091 - 563600.