WRITER/PERFORMER Donal O’Kelly is taking to the theatrical high seas again with one of his most celebrated plays, Catalpa, which hoves to at the Town Hall Theatre on Saturday February 7.

Catalpa is the true story of the daring 1875 rescue of six Irish Fenians from Fremantle penal colony in Australia by an American whaling ship. It is a rousing tale of heroes and visionaries, romance and rebels, epic voyages and battles at sea and, above all, a thrilling celebration of the power of live theatre.

Since its premiere in 1995, Catalpa has toured the world to high acclaim, including New York, Chicago, Paris, Melbourne, Toronto, and Harare, garnering awards and rave reviews wherever it has gone. This 20th anniversary tour affords audiences a wonderful opportunity to revisit a true classic of modern Irish theatre.

“I first came across the story in western Australia when I was there performing Bat the Father, Rabbit the Son in 1992,” O’Kelly tells me. “I was told about The Catalpa there and afterwards I read it up and learned more and more about it. I went into the National Library in Dublin and got a copy of the book that the Catalpa’s captain had co-written about the voyage and that was fantastic, it’s a very rare book. In my usual way I then assembled as much material as I could and gradually wrote the play.”

The premiere of Catalpa was by Waterford’s Red Kettle Theatre Company, directed by Bairbre Ní Chaoimh.

“I’d actually written another play and submitted it to Red Kettle and they asked me to do a second draft,” O’Kelly recalls. “I tried to do a second draft but I couldn’t, it just wouldn’t work. So I said, ‘Hey, listen, I have a much better idea’ and I gave them the story of Catalpa and they said ‘OK, we’ll take that instead!’”

O’Kelly constructs the story as though it were a screenplay being pitched to a movie producer by a struggling writer. He explains the thinking behind that idea.

“The obvious reason was that it gave me the excuse to play everything!” he says. “It’s such a big story that it was clear to me from the beginning the only way it could be done was via one of two extremes - either with a huge cast or just one. We decided to go the solo route. Also, I was intrigued by the whole idea of the triumph of failure. It’s all pitched in a way as a failure, this writer is lamenting his failure but in the demonstration of that it becomes a success - at least in theory! - in the telling of the story for the audience. It plays around with the parameters of what success is and what heroism is.” 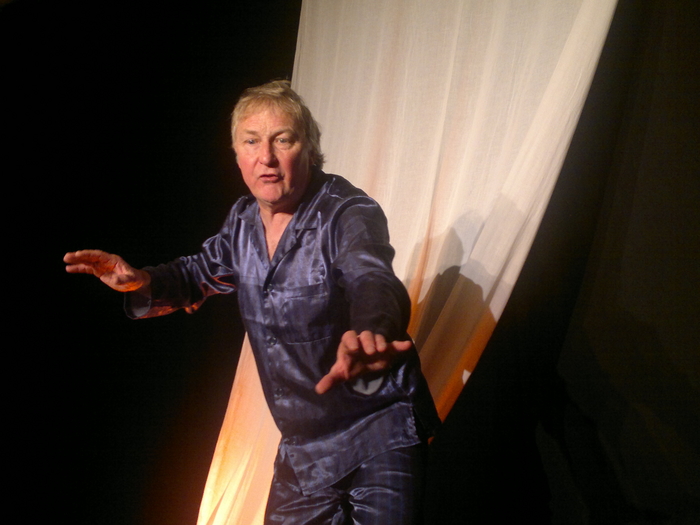 While the play provides a wonderful platform for O’Kelly’s bravura acting it also benefits from the music score composed and performed by Trevor Knight.

“It was Bairbre Ní Chaoimh who put Trevor and myself together,” O’Kelly tells me. “Immediately, he started to write a movie-like musical underlay for the whole play. That was great, we fed off each other bouncing the writing and music between each other and the score evolved organically. The music helps keep that atmosphere of a movie in your head. Also, it makes it so much easier to suggest imagery very precisely that you can flick into the audience’s imagination. They then make much better pictures in their mind’s eye than you could ever create with the biggest budget you could have.”

A central character in the story is ship’s captain, George Anthony, who was “driven by humanitarian concerns” O’Kelly reveals.

“He did not have any Irish connections,” he says. “According to John Devoy and other Nationalist narratives he was very moved by the prisoners’ plight. It was a long commitment for him, the whole voyage took a year and a half, I found that very interesting. I shaped the story around his perspective on the whole adventure.”

The tale also features some of the leading Fenians of the day. “The Irish version of the story was largely based on the account of John Breslin, who was the jail-breaker extraordinaire of the period,” O’Kelly notes. “He enjoyed legendary status among Irish Fenians, after springing James Stephens from Richmond Jail in London. They brought him out to America to mastermind the Australian mission. He is a major character in the story. John Devoy was also hugely influential - when he died in 1924 The Times’ obituary said he was the greatest enemy the British Empire had ever faced, which I think Devoy would have taken as a badge of honour.”

O’Kelly confesses he never envisaged Catalpa would prove such a huge international success. “I had no idea it would do so well,” he says. “It was a real educational odyssey in itself for me. I like the idea of doing live theatre with minimal props and minimum amount of fuss, using the skills most at hand to create images in the audience’s imagination. It’s how I like theatre and as I get older, I do more and more what I like!”