THE FIRST ‘homegrown’ theatre highlight of the year is Theatrecorp’s staging of one of the greatest of all Jacobean tragedies - John Webster’s The Duchess of Malfi - in the Black Box Theatre on Tuesday February 3. First staged around 1614, it is a dark and bloody drama about class, corruption, power, intrigue, murder, and madness.

The eponymous Duchess is a young widow whose powerful brothers, the Cardinal and Duke Ferdinand of Calabria, both warn her sternly against remarrying. The Duchess ignores their warnings and secretly marries her steward Antonio. Meanwhile Ferdinand has obtained a position in the Duchess’s household for ex-galley slave, Bosola, whom he has hired to spy on his sister. When Ferdinand and the Cardinal learn from Bosola that the Duchess has gone against their wishes they unleash a ferocious and horrific vengeance against her.

“It’s a play I’ve always loved,” declares Theatrecorp director Max Hafler. “I first saw it when I was 16 at the Royal Shakespeare Company – Judi Dench was playing the Duchess which will give you an idea of how long ago it was! I was absolutely blown away by it. I wasn’t familiar with Jacobean tragedy at that time but I was really impressed with the poetry, and the story, and how sexy it was.”

“There are two things I really love about The Duchess of Malfi,” Hafler declares. “One is the relevance of the play. It’s all about political corruption and how you can get sucked into the way a society works, and if that society is corrupt, you get corrupted as well. Some of the characters are fairly corrupt to start with but everyone is constantly being compromised and having to deal with that. I think that is very much what society is like, so that really appealed to me.

“The other thing about it is the wonderful poetry and wisdom of the play and how Webster really grasps how life operates. The language is beautiful. Webster and some of the other Jacobean tragedians get a bit maligned because Shakespeare was so amazing, but the Jacobean plays have within them this huge theatricality. There is a horror story feel which can make people sometimes think they are trivial but they are really not. And The Duchess of Malfi is also very exciting.”

The central relationship in the play, between the Duchess and Antonio, is fascinating in the way its dynamic is a volatile blend of love and class. Unlike other plays of the era, it is the Duchess who takes the initiative in wooing Antonio, who is her social inferior.

“She has power over Antonio because he is her steward and has to do as he is told,” Hafler notes. “He does love her and I think she loves him too, but there is this constant feel that she has to make all the decisions in their relationship, whether he should run away, whether he should stay, what they should do.

“It’s all her using her power and position to do that. She can never allow herself to be vulnerable. I think what so entices her into marriage is she wants to be a normal person, to be able to be open but her position in society does not allow it.”

The society in The Duchess of Malfi is rigidly patriarchal and it is a measure of the Duchess’s self-confidence that she is willing to flout its conventions and taboos.

“The society is very misogynistic,” Hafler agrees. “Here we have at the centre of the story a woman who has so much power; she’s a widow, she has her own money, she’s independent. But her two brothers don’t want her to remarry so that they can control her. Right from the outset you realise that, in this society, she is a bit of a loose cannon. When she marries her steward that unleashes this whole load of horrors.” 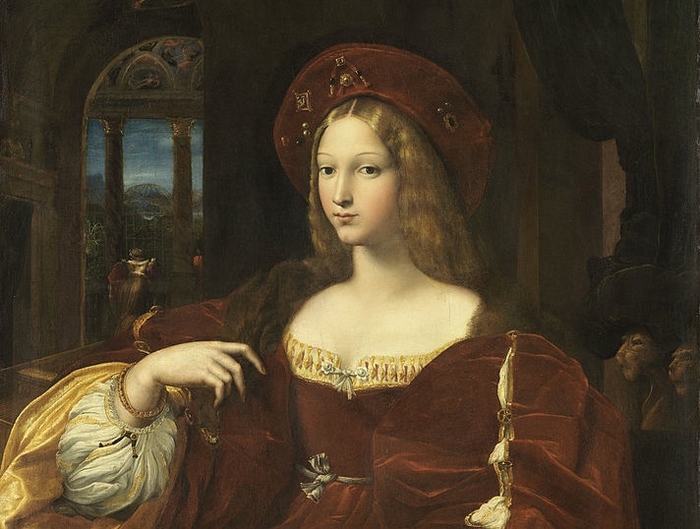 One of the most intriguing characters in the play is Bosola. He has recently returned after several years as a galley slave, punishment for a murder he committed while in the employ of the Cardinal. He has a jaundiced view of the corruption he sees all round him, yet, as Antonio observes: “Indeed he rails at those things which he wants/would be as lecherous, covetous,or proud/Bloody, or envious, as any man/if he had means to be so”

“Bosola is a wronged person,” notes Hafler. “He is outside of society yet desperately wants to be in there. As the play goes on, he becomes more and more horrified by what he is doing. He finally tries to redeem himself through revenge which of course is impossible. There is an amazing speech right at the end of the play by Delia, a friend of Antonio. She’s not centrally involved in the story, but is a beacon of common sense. She says ‘integrity of life is fame’s best friend’. So if you behave dishonourably, like Bosola, or are corrupt you will ultimately be forgotten.”

The character who is Delia in Theatrecorp’s staging of the play is Delio in the original and as well as that piece of theatrical gender-reassignment, Hafler has also edited the play considerably.

“I have cut the play by about 30 per cent,” he reveals. “There are some scenes in it that go nowhere, but Jacobean dramas thrive on intrigue and in a sense those two things go together. One of my ideas in paring the play down is to take a little of that ambiguity out because otherwise it is very hard to follow, as well as being a lot longer!”

The Duchess of Malfi runs at the Black Box from Tuesday February 3 to Saturday 7 at 8pm nightly. Tickets are €15/12, except for Tuesday when all tickets are priced at €12, and available from the Town Hall on 091 - 569777 and www.tht.ie