SINEAD O’CONNOR, one of Ireland’s most individual, eclectic, and controversial singer-songwriters, and John Grant, the American singer-songwriter, whose music The Guardian described as “completely compelling, profoundly discomforting but beautiful”, play the Galway International Arts Festival this summer.

The artists will play the Festival Big Top in the Fisheries Field on Thursday July 23, and the pairing makes sense given that they have collaborated previously, O’Connor having performed backing vocals on Grant’s songs ‘It Doesn’t Matter To Him’ and ‘Why Don’t You Love Me Anymore’, from his album Pale Green Ghosts.

Since the 1980s, Sinead O’Connor has been a singular presence on the Irish music scene. She burst on to the scene in the late 1980s with the thrilling alternative-rock/post-punk styled single ‘Mandinka’ and the album The Lion and the Cobra. Both did well in Ireland and Britain and gained attention in the United States. Further success was achieved with 1990’s I Do Not Want What I Haven’t Got which contained her, by now, legendary cover of Prince’s ‘Nothing Compares 2 U’, which reached No 1 in several countries.

While that period remains her most commercially successful, O’Connor has continued to make music, embracing a wide variety of styles - such as 2005’s acclaimed reggae album Throw Down Your Arms - and write lyrics dealing with emotionally, politically, and religiously charged themes. She has also collaborated with a wide variety of artists, including Mary J Blige, Ian Brown, Peter Gabriel, and The Edge.

More recently O’Connor saw her song ‘Lay Your Head Down’, for the soundtrack of the film Albert Nobbs nominated for a Golden Globe Award for Best Original Song. Her latest album, I’m Not Bossy, I’m The Boss, released in August, has been nominated for a Meteor Choice Music Award. It also contained the single ‘Take Me To Church’.

Controversy has never been more than a whisper away with Sinead O’Connor, and her views on politics, war, sex, the Roman Catholic Church, her being ordained a priest, her romantic liaisons, and her recent joining of Sinn Féin have all provided talking points. However as she said to the NME in 1991: “I don’t do anything in order to cause trouble. It just so happens that what I do naturally causes trouble. I’m proud to be a troublemaker.” 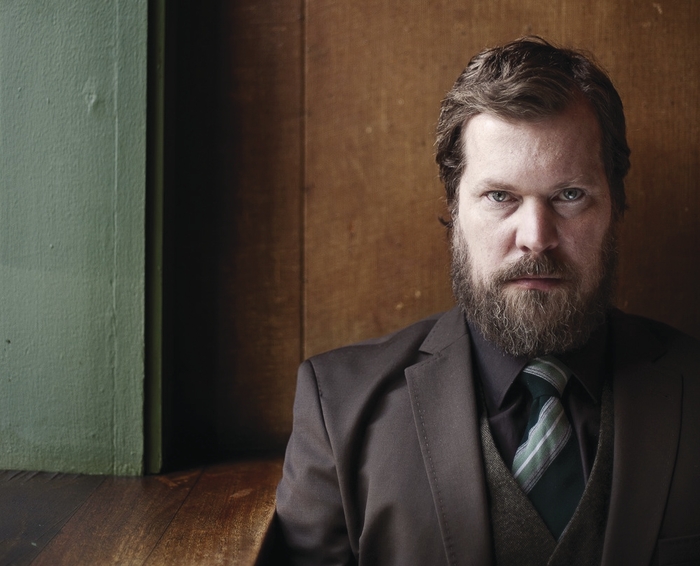 John Grant’s Festival Big Top show will be his third appearance in Galway city. A former member of cult American indie band The Czars, the Michigan born, Colorado raised, musician has achieved international success and acclaim as a solo artist through his albums Queen Of Denmark (2011 ) and Pale Green Ghosts (2013 ) which mixes seventies styled, classic pop-rock, with electronic elements. The Sunday Telegraph called his songwriting “erudite, bittersweet and catchy”.

At the end of last year he released the album With The BBC Philharmonic Orchestra, which showed how well his sublime songs can thrive in an orchestral setting.

Grant’s music is highly confessional, unflinchingly examining his emotional life, his homosexuality, and his health. Grant is HIV positive and went public by announcing it in front of a live audience at London’s Meltdown festival in June 2012.

“I thought I shouldn’t be afraid to talk about it,” Grant said. “There are lots of people in my situation, who feel like outcasts in society, who had addiction problems, who feel ashamed and unlovable because of it. I want these people to know they have someone on a stage who is dealing with this too.”

Grant currently lives in the Icelandic capital of Reykjavik, a move he feels empowered by. “Moving to Reykjavik, at the age of 43, was incredibly risky and scary,” he says. “I didn’t know anyone here, but I’ve built up a life here, and recorded an album I’m really proud of, that distils what I’m about down to its most essential components...and this was during the middle of health issues. It means I’m trying to take the bull by the horns, and to live.”

Sinead O’Connor and John Grant is a ‘GIAF and Róisín Dubh presents...’ show. Tickets are €39.50 and go on sale on Friday January 23 at 9am via www.giaf.ie and roisindubh.net