The Sky Road TV & Film Festival has announced details of its inaugural programme, which includes an exciting selection of Irish television and filmmaking talent across features, shorts, documentaries, and new media in English and Irish languages.

The new three-day festival takes place at the The Station House Theatre in Clifden from Friday Septmeber 5 to Sunday September 7.

Speaking ahead of the festival, chairman Eamonn Ó Cualáin said, “Our festival aims to shine a spotlight on the best of Irish film, television, and new media. The quality and quantity of submissions in this our first year has been overwhelming, which has made the final selection process very difficult. We are very excited about our first programme and look forward to presenting audiences in Clifden with a special festival experience.”

The festival programme will feature more than 60 screenings over the course of the weekend. Among its exciting schedule are the Irish premieres of two feature documentaries; Endure, a first hand account of the cycling challenge two young Irish lads set themselves to cycle 26,000km across 27 countries, on five continents, in 11 months, and One Ocean, No Limits which follows a young rower through the highs and lows of rowing unassisted as part of a six-man crew across the Atlantic ocean from Morocco to Barbados, the first ever Irish documentary on the subject of extreme ocean rowing.

Other highlights include Torthai Na Daoirse - Blood Fruit, which follows the story of Mary Manning, the 21 year old Dunnes Stores checkout girl who took a stand over the sale of South African fruit in support of the anti-apartheid struggle in the 80s; From Tee to Green - The Story of Irish Golf, a three part sporting history, featuring great players, spectacular courses, and moments of high drama; The Last Days of Peter Bergmann, charts the movements of a mystery man who spent the last four days of his life around Sligo town; and Ceolchuairt where a Belfast troubadour embarks on a musical pilgrimage to Jamaica to the roots of Bob Marley.The festival will screen the Roger Corman documentary It Came From Connemara, followed by a Q&A with director Brian Reddin. “The documentary tells the story of how the Corman studio ignited filmmaking in the west of Ireland, inspiring the growth and development of a wealth of creative talent and energy that is visible as the talented vibrant film community of today,” said Ó Cualáin. “We are excited to also premiere the low-budget, martial arts Corman feature, Bloodfist 8: Trained to Kill following the Q&A. Audiences will readily recognise a lot of the locations and indeed many younger local familiar faces who are now key talents in the film making community here.”The festival will screen three feature films over the weekend; Darkness on the Edge of Town, which looks into the troubled life of a teenage sharpshooter striving to avenge the brutal murder of her estranged sister; A Nightingale Falling, set during the War of Independence in Ireland, two sisters’ lives are changed forever as they care for a wounded soldier in their home; and finally Sodium Party, which follows Claire as she deals with the ghosts of her past through Super 8 home movie footage while at university, where she meets Danny, a frequently intoxicated photographer who exposes her to real life through a cocktail of love and drugs.The closing feature will be the world premiere of Tommy: To Tell You The Truth, an edgy and revealing observational documentary directed by Pat Collins, which provides an insight into the life and creative impulse of Tommy Tiernan, one of the leading comedians of his generation and one that is always pushing both himself and the boundaries of his material. Tiernan will attend the screening with a Q&A afterwards. 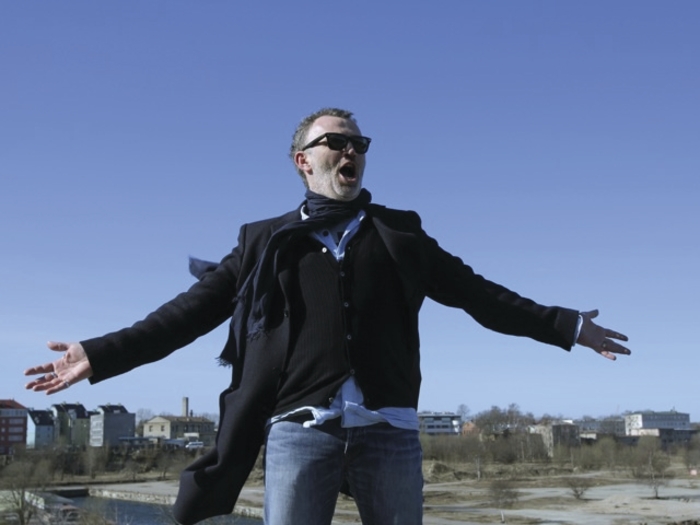 The festival will bring unexpected stories to audiences throughout the three days, both entertaining and thought-provoking from a broad range of emerging and established filmmakers, all of whom will be in the running for the festival awards which will be announced on the Sunday night following the closing film.

“We have nine awards to be presented at our awards ceremony night on September 7,” explained Ó Cualáin. “These prizes are in association with industry organisations such as TG4, RTE, BAI, and the Irish Film Board and we thank them sincerely for their support and vote of confidence in this our first year.”

In addition, TG4 is offering aspiring filmmakers an exciting opportunity; a chance to pitch their ideas to make a 25 minute documentary worth €25,000. Participants will pitch to commissioning editors on stage at the festival in either the Irish or English language. “It is an amazing opportunity. Applicants will have five minutes on stage; two minutes pitching their idea, and three minutes of questions and answers immediately after with commissioning editors. If TG4 considers that the pitches are of an acceptable standard, one pitch will be selected and we will announce the winner on Sunday September 7 at the closing ceremony.”

The pitching session will take place at 1pm on Saturday September 6 at the Station House Theatre, Clifden. The selected pitch has a number of conditions attached, so for full details and to register for the event, visit the festival website at www.skyroadfilmfestival.ie

Tickets for the festival screenings are available to purchase online at www.skyroadfilmfestival.com or in person at the festival.