Revin Goff is the moniker of a Galway-born 23-year-old producer, soundtrack composer, and songwriter, whose real identity is as of yet unknown.

The mystery man has been making waves on the Irish blogosphere and beyond of late, with his genre-challenging take on hip-hop coupled with a highly emotive singing voice.

BBC Radio in Northern Ireland and popular blog Nialler9 have unanimously praised his song ‘Salthill’, released earlier in the year. The young artist’s soundtracking efforts have also been recognised, with his track ‘Adieu’ featuring in the trailer for upcoming video game The Hong Kong Massacre, his talent reaching the ears of thousands of viewers, with more than 130,000 views on Youtube to date. He is currently in the process of compiling the full soundtrack for the game, while also developing his debut EP.

“I'm generally not so inspired by musicians themselves or music as a stand-alone entity even,” he said. “There's far too much idolisation and name-dropping when it comes to that industry that turns me off. I draw a lot of influence from film, books, photography, artwork, and video games; just the idea of meaningful content rather than just art for the sake of art. I want to participate rather than just being in awe of someone else's self-aggrandisement.”

At the moment, Goff is happy to participate in projects that are larger than himself, content to contribute rather than take centre stage, hence his anonymity and his decision to steer clear of releasing music videos. “I don't mind delving into that stuff in the future when it makes sense to, but for now something like doing a soundtrack puts me in the back seat of the user's experience. It's about them and not me, my name is buried in the credits somewhere and I'm completely fine with that. I want people to be empowered by their own escapism, rather than making it all about mythologising myself, which I think is absolutely detrimental to both their experience and my own.” 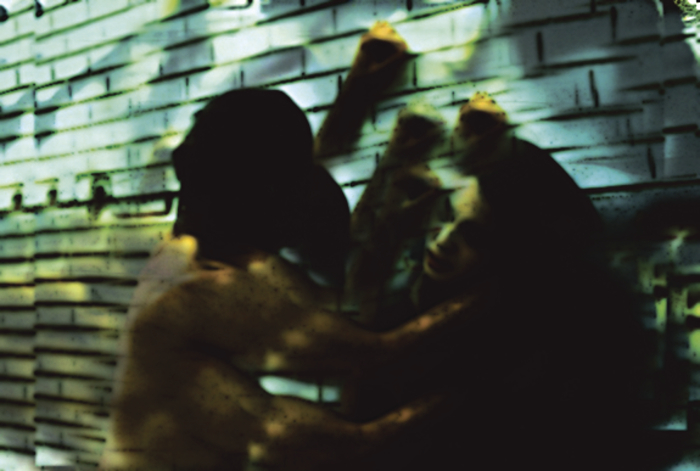 The young producer derives the inspiration for his work from the actions and attitudes of established artists, and not necessarily their output, which he says affects him on a more subconscious level. Among his most highly-regarded influences, Goff lists Californian experimental hip-hop group Death Grips, who, at the peak of their fame, announced their disbandment during the summer after only four years of existence; a decision Goff particularly respects.

Other producers Goff admires are the little-known Baths and Grimes. “Baths and Grimes as poptimist producers are so open about their tastes for guilty pleasures on social media and championing all sorts of nerdy culture and lifestyles that aren't exactly always pushed as high-art. I don't think they see a distinction between say a comic and a classic novel, which I think is definitely in line with how I think about the media that I consume.”

For the moment, Revin Goff is busy working away in the shadows on the soundtracks to The Hong Kong Massacre and two other video games that are still in development stages.

Aside from that, Goff is also focused on the production of his debut EP, the process of which he finds exciting due to the ever-changing nature of his output, and the potential interest from record labels. “I've got the chance to chat to a few record labels recently which was pretty interesting because it's not really an avenue I had considered that seriously, due to the experimental nature of the stuff I have put out in the past. I am putting together an EP at the moment that is totally different to my previous work and a little bit more positive in ways too, probably due to the cool response and interest I've been getting from the internet and in Ireland in the last six months.”

This recent response to his work, from fans and from the business side of the industry, has given Revin Goff a new found sense of satisfaction and progress for his talents, an element which was missing from his earlier days trying to break into the local music scenes. “My creative endeavours are starting to feel a lot more tangible than they were when I was playing open mic gigs to the folded arms of sceptics waiting for their turn. I'm going to take this as far as I want it to go really, and so far everything is going to plan.”

Listen to his track ‘Salthill’ here: