THE FESTIVALS may be about to come to a close but July will go out with a bang as the 10th Strange Brew Summer Shindig brings the cream of Irish indie to the Róisín Dubh stage.

The line-up is Dublin trio Squarehead who impressed with their mix of garage rock, indie-pop, adn surf-rock, on their debut album Yeah Nothing. Last year’s follow-up Respect, showed they have been shedding those sounds in favour of a tougher approach. As Nialler9 said: “Respect is more rockin’ overall: it’s an energetic guitar record that trashes, screams and hits harder that’s more indebted to American alternative rock.”

Daithí released his debut album In Flight in May which featured the singles ‘Chameleon Life’, the r’n’b inflected/old-skool electro of ‘Case Closed’, and the soul/dance fusion of ‘Have To Go’, as well as the Kraftwerkian/New Romantic hybrid of ‘Crosshair’, and an impressive vocal contribution from The Coronas’ Danny O’Reilly on the title track. 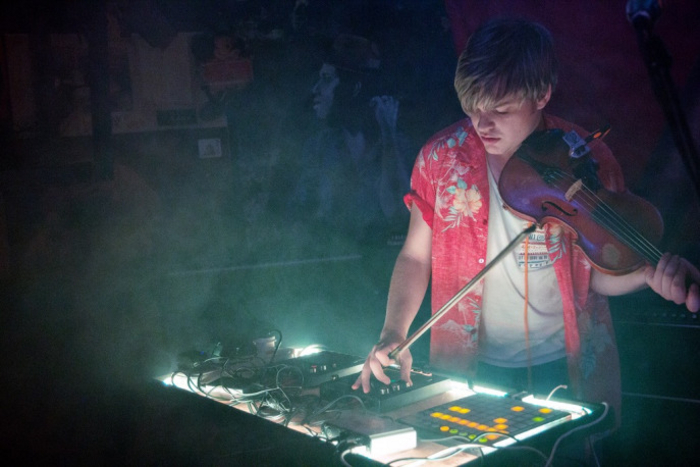 Dott, led by singer-songwriter Anna McCarthy have been one of the most impressive bands from Galway - or indeed from Ireland - in recent times. Their 2013 debut album Swoon captured perfectly their infectious, smart, and energetic mix of garage rock, indie-pop, girl group vocals, with a smattering of tough, nineties styled, alternative rock.

Songwriter, storyteller, raconteur, guitarist, entertainer, and challenger of traditional gender and sexual roles, Steven Sharpe is a man deserving of the term ‘multi-talented’. Steven and his band The Broke Straight Boys take from a wide array of influences, including Led Zeppelin, Kate Bush, and Laurie Anderson.

Admission is free. Gugai will be DJing afterwards, playing “indie beats, alternative rock, and good vibrations from the past, the present, and the not too distant future”.

Listen to songs by Squarehead, Dott, Steven Sharpe, and Oh Boland on www.advertiser.ie/galway/entertainment/music