Friedrich Engels is best known as the author of The Conditions Of The Working Class in England and as the co-author, along with Karl Marx, of The Communist Manifesto, but one of his least well known writings is about Galway, describing the county and its people in the aftermath of The Famine.

Engels (1820 - 1895 ), was born in western Germany and lived much of his adult life in Manchester, where he ran a cotton mill, and in London. A prolific author, journalist, and political activist, who developed the ideals and theories of communism with Karl Marx, Engels was one of the leading intellectuals of his day. He was also one of the Victorian era’s most colourful characters - a true bon viveur, he loved good food, good wine, horse riding and hunting, military history, and was quite the ladies’ man. He was also a very generous benefactor to the often impoverished Marx family.

Engels became interested in Ireland in the late 1840s and 1850s through Mary Burns, a Manchester-Irish woman of strong political opinions, who became his life partner. Engels planned to write a history of Ireland and even tried to learn Gaelige. The book was never realised, but he did make a couple of trips around the country, the first being in 1856.

Engles writings about County Galway are contained in a letter to Karl Marx dated May 23 1856. In the letter Engels wrote: “We went from Dublin to Galway on the west coast and then twenty miles north inland to Oughterard...We travelled in all some 450 to 500 English miles whilst in Ireland and have thus seen about two-thirds of the whole country.”

Dr John Cunningham of the NUI, Galway history department describes the letter as “an impressionistic snapshot” of 1850s Galway. “There are other more detailed accounts by travellers to Galway at this time,” he says, “but it is interesting none the less for his description of the post-Famine landscape and his impressions of the gentry.”

Ireland had only just emerged from the Famine a few years previously and Engels saw first hand the utter devastation it had wrought on both the land and the people.

“Throughout the West, but especially in the region round Galway, the country is covered with these ruins of peasants’ cottages, most of which have been abandoned only since 1846,” Engels wrote. “I never understood before that famine could be such a tangible reality.

“Whole villages are deserted and there amongst them lie the splendid parks of the lesser landlords (mostly lawyers ) who are almost the only people who live there now. Famine, emigration and clearances together have accomplished this. Here there are not even cattle to be seen in the fields. The land is an utter desert, which nobody wants.” 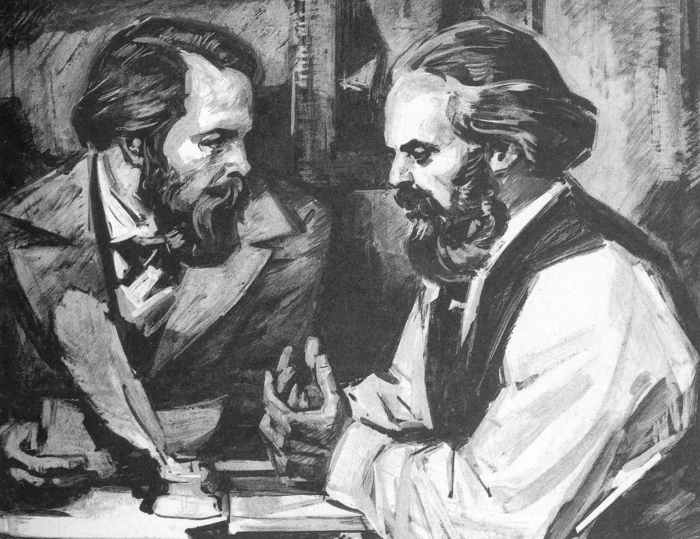 It is a very bleak picture, but Dr Cunningham says Engels’ description is no exaggeration.

“Places like Oughterard, Annaghdown, and Lackagh had suffered population losses of 40 per cent or greater due to death and emigration,” he says. “His description of the ruined cottages are consistent with the statistical evidence. He refers to the impecuniosity of the landlords and there is evidence to support that too. That would have arisen from the policies of the Liberal government to make localities pay for their own poverty [Engels writes how the landlords “haven’t a half-penny but a pile of debts and live in fear of the Encumbered Estates Court”], so the west of Ireland suffered more in those circumstances. He doesn’t contradict what we know, he tends to confirm it.”

Engels does not say if he visited Galway city, but he does say “the whole country, and especially the towns, look like France or Northern Italy”. Dr Cunningham believes that to have reached Oughterard, Engels would have had to pass through Galway city or certainly parts of it, and would have seen Queen’s College Galway (now NUIG ), then open only seven years.

“He would have passed through Galway town but he doesn’t dwell on it,” he says. “He would have seen a place in a bit of a heap. There had been infrastructural developments but some of it wasn’t complete. The railway had arrived but wasn’t fully utilised, the canals were being built but by 1853 30 people had drowned in them because no barriers had been put up. The Great Southern Hotel had opened and so had the university, but it had less than 100 students.”

Throughout the letter, Engels notes how everyone he saw, in places like Galway, were, regardless of their social or economic status, a “demoralised people”, for whom “emigration will continue”.

“He was right in predicting that the trajectory of the population would continue to decline,” says Dr Cunningham. “Between the time he wrote in 1856 and 1911 it continued to go down and only began to recover slightly in 1926.”

Niall Farrell of the Galway Alliance Against War is an admirer of Friedrich Engels and believes he would have had great sympathy for the emigrating Irish. “Engels was very aware of the political situation in Ireland, he lived with an Irishwoman and many of his workers in the Manchester mill would have been Irish,” he said. “He was very conscious of the difficulties and hardship faced by the Irish who emigrated to Britain.”

Mr Farrell points out that Engels’ words have unfortunately renewed relevance again as the ugly spectre of emigration has returned to Irish life. “Some 65,000 people left these shores in 2010,” he said. “Engels refers to the ones that left in previous centuries as being “pimps, pickpockets, swindlers”. Alas, quite a few of the latter didn’t leave during previous exoduses but went to work in the Irish banking sector or became politicians!

“Engels is certainly accurate in that emigration has been successfully used by the powers-that-be to blunt radical political change. The refusal of Irish governments – irrespective of their political hue – to grant votes for emigrants is a reflection of this.” 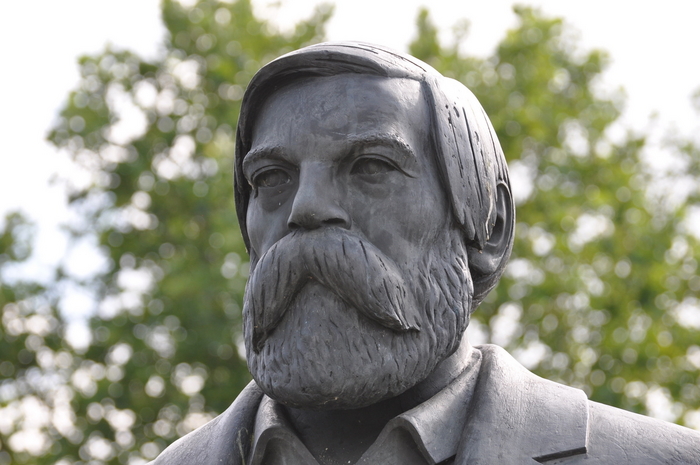 However, it is in the conclusions Engels draws, from what he saw in Galway, that will strike a chord with people today with Ireland having gone from extraordinary boom to crippling bust. “How often,” he wrote, “have the Irish begun to achieve something and every time they have been crushed, politically and industrially! They have been artificially transformed by persistent and thorough going oppression into a completely demoralised people.”

Dr Cunningham says: “If there is anything in common with today’s problems, it is in the capacity of the Irish people to affect their own affairs. In the 1850s we sent MPs to Westminster and some played a role in government. Today it seems that, for the foreseeable future, the centre of decision making for Ireland’s economy will be outside of Ireland.”

Engels returned to Ireland in 1869 and 1870 but these trips did not take in Galway. However, that journey and his relationship with Mary Burns, left a lasting impression on the German as he would continue to discuss Ireland in his writings. “Engels and Marx were critical of English imperialism and sympathetic to Fenianism,” says Dr Cunningham, “but they were critical of terror tactics by the Fenians, seeing terrorism as alienating of support and inviting repression.”

The full text of Engels’ letter can be read at places.galwaylibrary.ie/history/chapter24 html. For a detailed discussion on Engels’ views on Ireland see The Frock Coated Communist - the Life and Times of the Original Champagne Socialist, the acclaimed biography of Engels by the British Labour MP Tristram Hunt.