LAURENCE MCKEOWN, who endured 70 days on hunger strike in 1981 in the Maze Prison, and who since become an awarenesses winning writer, will read at the next Over The Edge.

Laurence McKeown, Audrey Molloy, and Liam Boyle will read at the Over The Edge: Open Reading via Zoom on Thursday November 19 at 6.30pm. The MC will be Susan Millar DuMars.

Laurence McKeown is an author, playwright, filmmaker, and academic though sees those roles within the broader context of political activism and the role that the arts can play within it. His involvement in creative works, political education, and academia began during his period of incarceration as a political prisoner in the H-Blocks of Long Kesh (1976-1992 ).

He has written 12 plays, three books, one TV series, a radio drama, and three documentary films. His most recent play, Green and Blue, for which he was short-listed for the Irish Writers Guild of Ireland Zebbie Award 2017. His debut poetry collection, Threads, was published by Salmon in 2018.

Audrey Molloy is an Irish poet based in Sydney. In 2019 she received the Hennessy Award for Emerging Poetry, the Aesthetica Creative Writing Award, and the APIBA (An Post Irish Book Award ) for Irish Poem of the Year. Her debut collection, The Important Things, will be published by The Gallery Press next year. 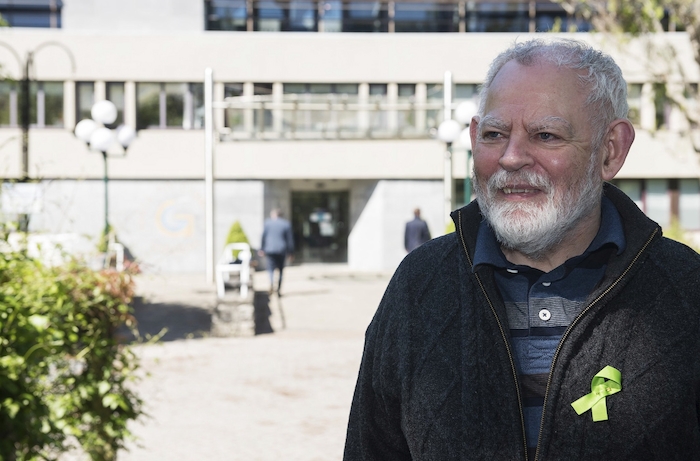 Liam Boyle [pictured above] was born in Drogheda and moved to Galway in the 1970s. A long time member and activist with the Labour Party, he has recently returned to writing poetry. His work deals mainly with memoir and reckonings.