Today marks the official launch of the ‘Science on Screen Film Festival Ireland’ an exciting new annual Irish Film Festival, running from November 5-8 online. The Festival will showcase the best of science in film and this year incorporates themes of representation and diversity in science and the value of art-science collaborations.

The Festival tagline, ‘Join the conversation’ invites audiences of all types to immerse themselves in scientific storytelling, hear from filmmakers and researchers on critical topics such as climate change and health research, and take the opportunity to question leading scientists on cutting-edge research.

The Festival is hosted by CÚRAM, the SFI Research Centre for Medical Devices, and Galway Film Centre who established the successful Science on Screen scheme in 2016. It will take place online at www.curamdevicesengage.ie.

The Festival programme will include science themed feature films and short film programmes, as well as all of the original Science on Screen documentaries. These documentaries tell the stories of patients living with chronic conditions like Parkinson’s, diabetes and stroke recovery and the Irish researchers working to improve their quality of life.

Over 200 primary school children from around Ireland have submitted their questions for the ‘Ask A Scientist’ panel session, to be broadcast online on Friday the 6th November at 11am, following a selection of three minute science films created by school children for Reel LIFE SCIENCE’s programme in recent years. The Ask A Scientist session will be chaired by two sixth class students from Gaelscoil Riabhach in Loughrea, Co Galway, who will put the questions to a panel of three top researchers in biological, engineering and environmental sciences.

The opening feature for the Science on Screen Film Festival, called ‘Picture a Scientist’ will be hosted as part of the Science Foundation Ireland Annual Summit. PICTURE A SCIENTIST chronicles the groundswell of researchers who are writing a new chapter for women scientists. Biologist Nancy Hopkins, chemist Raychelle Burks, and geologist Jane Willenbring lead viewers on a journey deep into their own experiences in the sciences, ranging from brutal harassment to years of subtle slights.

“Ireland really is a nation of scientists and storytellers, something that has been illustrated particularly well through the award winning documentaries produced through the Science on Screen programme in recent years."

“We are very proud to be launching the first Science on Screen Film Festival this year” said Prof Abhay Pandit, Scientific Director of CÚRAM. “Ireland really is a nation of scientists and storytellers, something that has been illustrated particularly well through the award winning documentaries produced through the Science on Screen programme in recent years. CÚRAM’s public engagement programme aims to provide easy opportunities for the public to ‘join the conversation’ about Irish research and the role of science in society generally. This year the programme will focus on themes of representation, diversity and public trust in science, as well as looking at ideas and opportunities for greater collaboration between science and the arts to create better access to and awareness of research that impacts us all”.

Alan Duggan, Manager of the Galway Film Centre said “We are delighted to be launching Ireland’s first Science Film Festival in partnership with CÚRAM. Building on the success of the Science on Screen documentaries, which have reached an audience of over one million worldwide, the festival will showcase the engaging and thought provoking content that is born from collaboration between our industries. In a time when our reliance on the accurate and sensitive portrayal of scientific facts and research is more important than ever, there is no better moment to ask audiences to join the conversation” 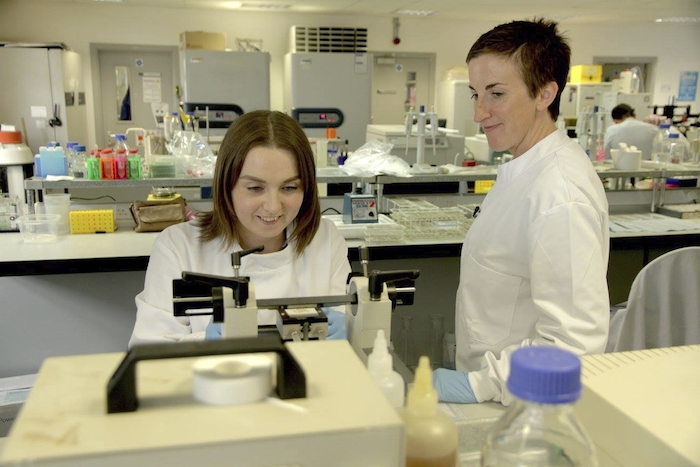 Dr. Eillis O'Dowd in the lab.

“SFI has been developing initiatives to improve the participation of women in STEM careers for some time, as well as funding projects that can help to ensure inclusivity and a diversity of voices in STEM research.

The Science on Screen Festival forms part of CÚRAM’s public engagement programme ‘Breaking Barriers, which aims to forge collaborations between our researchers and the community to support the Science Foundation Ireland goal of having the most informed and scientifically engaged public.

Further information on the film programme, speakers and themes will be released on the Festival website at www.curamdevicesengage.ie. 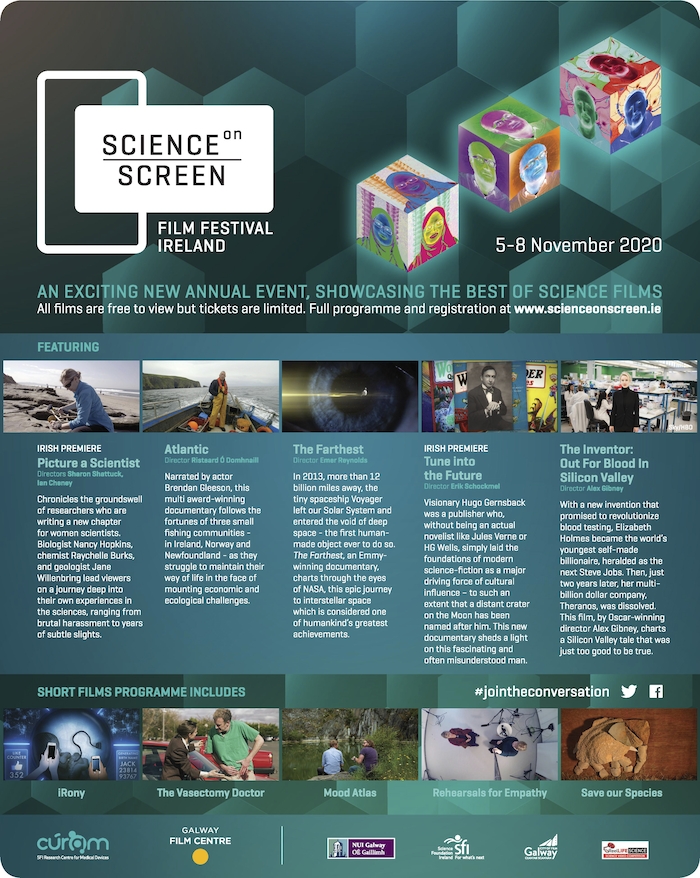