The heroic achievements of Patrick and Morgan Oliver were celebrated at a socially-distanced Mayoral reception in Leisureland last week.

In mid-August, the father and son duo rescued cousins Ellen Glynn and Sara Feeney, who spent 15 hours out-at-sea having got into difficulty whilst paddle boarding, and rescued a man from the river Corrib just last month.

Speaking at the reception, Mayor of Galway City, Cllr Mike Cubbard, said that the heroic actions of Patrick and Morgan Oliver have captured the imaginations of both the people of Galway and people across the nation at a time when good news is, unfortunately, less common. 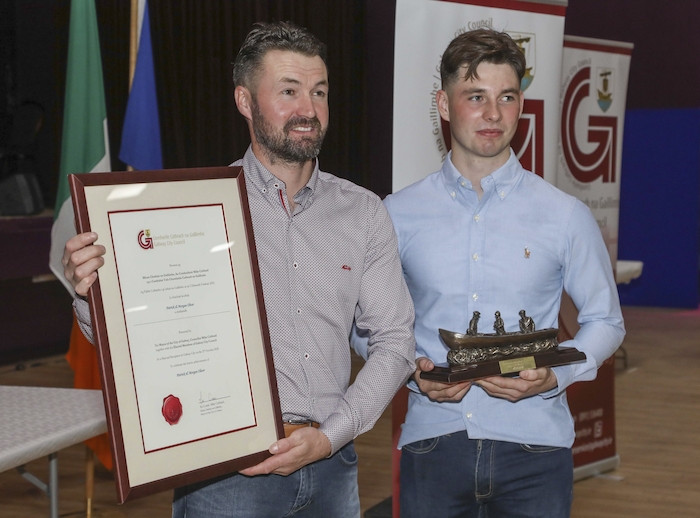 "Galway was set to be the focus of major national and international attention for its artistic and creative abilities this summer, which unfortunately has been hindered due to COVID-19. This rescue, however, highlights the fantastic community spirit which exists in Galway as hundreds of people across the city and county offered their help with the search operation," he said.

In honour of their courageous actions, Patrick and Morgan were presented with a bronze model of a traditional Irish currach and a framed presentation scroll signed by the Mayor.

A small presentation of All the Falling Stars jewellery was also made to Ellen Glynn and Sara Feeney in recognition of their bravery throughout the ordeal.