A major rethink by Government, or the creation of a new Department responsible for all marine matters, is urgently needed, if Galway’s island communities are to retain a viable fishing industry.

This is the view of Independent Galway West TD Noel Grealish, who said "now was the time" to invest in island infrastructure projects like the Inis Oírr pier, that would "pay dividends in securing a future for the islanders".

According to Dep Grealish, island fishermen along the west coast have been "hampered for years" in their efforts to put their small-scale operations on a sustainable footing. He also pointed out that since the launch of the joint Oireachtas committee report on sustainable, rural, coastal and island communities, published in 2014, island fishermen have trying to recreate a seasonal fishery, targeting different species at different times of the year, so that they would not be stuck with fishing for lobster or crab only — the so called non-quota species.

However, a co-operative set up by Irish Islands Marine Resource Organisation, so that it would have the required legal status to apply for recognition as a producer organisation, was refused recognition by the Government.

“The recent lobster tariff issue with the EU and US trade deal throws into focus the over-reliance of the island and coastal small scale fleet on one or two non-quota species," said Dep Grealish. "If the price of lobster drops further, in conjunction with a price drop in crab, there is nothing left for them to fish."

Government must 'help not hinder' the fishing industry 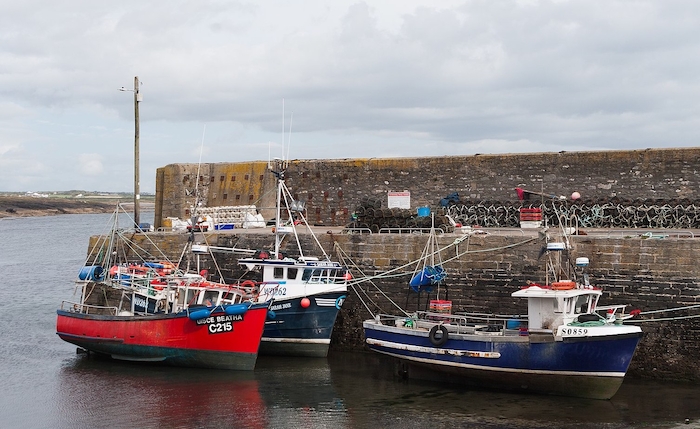 Dep Grealish, who also condemned the new penalty points scheme for fishermen when speaking in the Dáil last week, warned there could be further serious problems for the industry around the corner.

“With Brexit looming, and Covid-19 here among us, the inevitable economic turmoil linked to both will need a Minister to order a rethink in the Department, or even the creation of a new Department with responsibility for all marine matters as per recommendation two in the Report on Promoting Sustainable Rural Coastal and Island Communities.