A BEARDED man with wild, unkempt hair, pulling a cart behind him, was spotted on the streets of Galway this week, the same man whose face adorns a mural that appeared on the corner of Bridge Street and Dominick Street.

This man is Uta, but his full name is Uta-na'ishtim ('He who found life' ), he is the builder of the Ark and the survivor of the Great Flood. He is better known to us as Noah. He is a character from Mesopotamian mythology who features in The Epic of Gilgamesh, the 4,000 year old story that Macnas is bringing to life in Galway from this month. 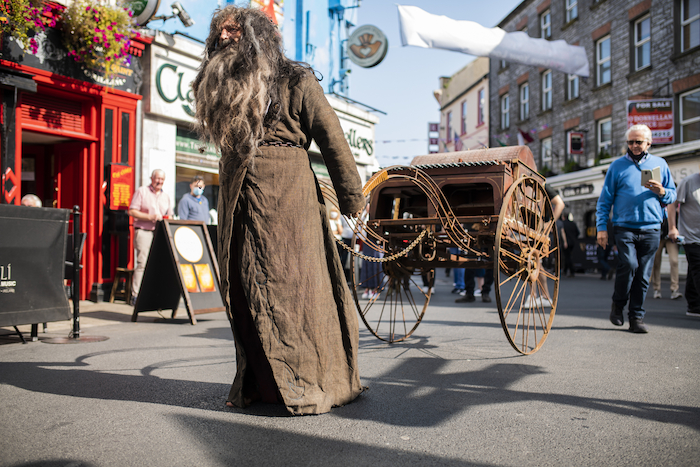 Gilgamesh is part god, part man, and the hero-king of Mesopotamia, but the wild man Enkidu is dispatched by the gods to challenge him. The two however become unlikely friends and set off on the original adventure quest epic where they will face monsters, kings, and gods.

Gilgamesh, a Galway 2020 commission will see Macnas take its traditional theatre and storytelling into new outdoor, indoor, and digital territories, and recently the first steps in the adventure have been taken when https://gilgamesh.macnas.com/ hosted the first in a series of specially commissioned films by cinematographer Colm Hogan.

"Macnas is a formidable company that has always been exciting and ambitious, pushing the boundaries of theatre and storytelling"

Throughout September, October, and November there will be free Gilgamesh related appearances in the city and online at macnas.com, including a December 6 free, outdoor, ticketed event in a rural location, culminating in a Black Box Theatre show, scripted by Marina Carr, in March 2021. 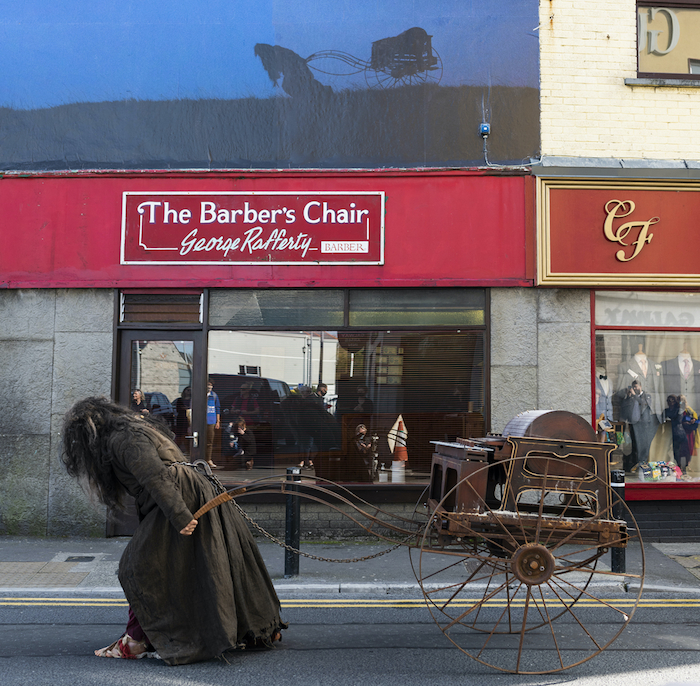 Though the story originates in southern Iraq, and is situated there, in the Lebanon, and southern Turkey, its themes of adventure, desire, heroism, failure, choice, and friendship make it universal, and Macnas will be adapting this Middle Eastern epic to the city and landscape of Galway.

“Macnas is a formidable company that has always been exciting and ambitious, pushing the boundaries of theatre and storytelling," said Galway 2020 CEO Patricia Philbin. "Gilgamesh is a project which challenges these possibilities even further, working in a new way and exploring new platforms. We are excited to see it unfold across Galway and online as part of our European Capital of Culture celebrations. Audiences are in for a treat.”