THIS WEEK marks the centenary of one of the darkest episodes in the history of Galway as violence erupted on its streets resulting in a “night of terror” that left three young men dead.

On 8 September 1920, crowds assembled at Galway train station to await the arrival of the midnight mail train from Dublin which would bring copies of the evening papers and news of Terence MacSwiney, Lord Mayor of Cork, who was on hunger strike in Brixton Prison, London.

Among the crowd were several IRA volunteers who were awaiting a consignment of arms that were to be used for an attack on the RIC barracks in Spiddal. Accounts vary, but a gun battle erupted on the platform which left two men dead, IRA volunteer John Mulvoy and Constable Edward Krumm. Mulvoy was a 17-year-old from College Road, Galway who worked as a shop assistant at Corbett and Co. on Williamsgate Street. Krumm, aged 24, was a Black-and-Tan lorry driver and veteran of the Great War from Middlesex, England. 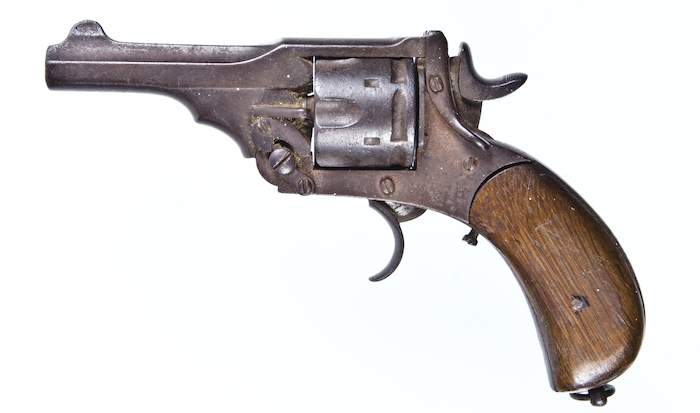 Later that night, when news of the shooting of Krumm became known [pictured above is his revolver], the Crown forces went on the rampage in Galway, terrorising the residents of the town. The Broderick house on Prospect Hill was raided. John Broderick, a 20-year-old volunteer, was taken to the train station and shot but survived by feigning death.

His younger sister, Maggie, a member of Cumann na mBan, had her hair forcibly cut with a blunt scissors and the family home was doused in petrol and set alight. The offices of the Galway Express, a republican newspaper, were also wrecked.

In an even more shocking incident, James Augustine Quirk was taken, half-dressed, from his lodgings on the docks by a number of uniformed men. Known as Seamus, Quirk was a 24-year-old watchmaker from Cork City who worked at Jeremiah O’Donovan’s jewellers on Williamsgate Street, and served as battalion adjutant of the local Irish Republican Army.

He was beaten and forced to stand under a lamppost at the end of the docks where he was shot repeatedly through the stomach. Despite his horrific injuries, he managed to return to his lodgings where, apologising to his landlady for all the trouble, he asked for a priest. Fr Michael Griffin came and administered the last rites; Fr Griffin would himself be shot dead two months later.

Quirk’s mother was seriously ill in Cork at the time and he was due to have gone to see her that afternoon, but delayed the visit until the following day. His dying words were “What will my poor mother do?” Quirk’s death was doubly tragic as it seems that another, more senior, volunteer named Seán Turke may have been the intended target that night, but that in the melee the name Turke was misheard as Quirk. 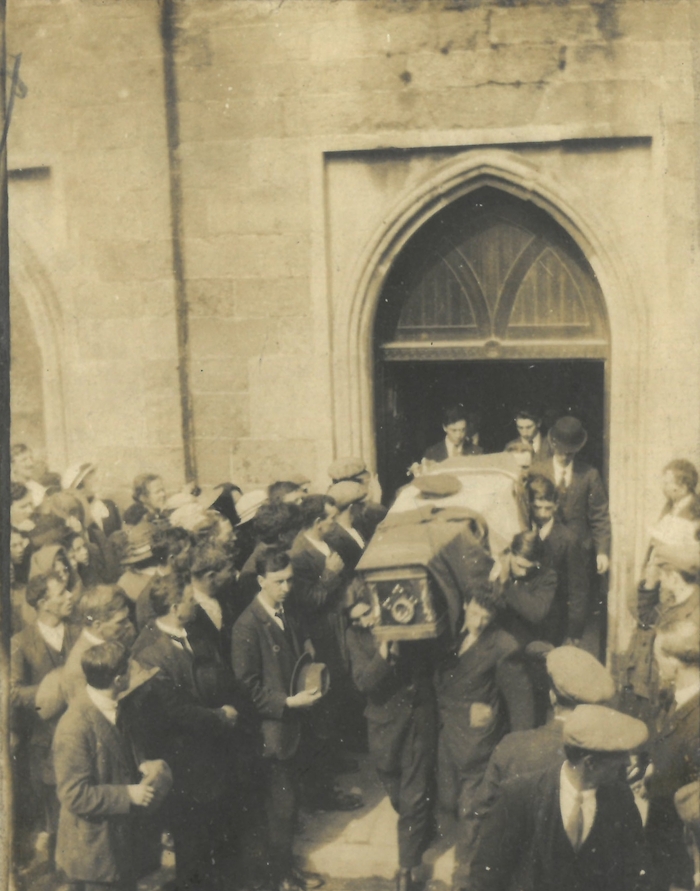 It is estimated that as many as 10,000 people turned out on the streets of the Galway for the joint funeral of Mulvoy and Quirk. Terence MacSwiney sent his condolences from his deathbed in Brixton. Mulvoy was buried in St James’s Cemetery in Mervue and Quirk was returned to his native Cork. He is buried in the republican plot at St Finbarr’s Cemetery, near the two martyred lord mayors of Cork, MacSwiney and Tomás Mac Curtain.

In the aftermath, the military imposed a nightly curfew on Galway and “fifteen nights of unexampled terror followed”, according to the Connacht Tribune. To add insult to injury, Crown forces prevented a citizen’s enquiry into the atrocities in Galway and Dublin Castle issued a statement denying that any RIC reprisals had taken place.

Quirke is spelt in Galway as Quirke, but his family spell it ‘Quirk’. He was christened James and he himself signed his own name as ‘Jim’. His military pension files also cite ‘Quirk’. But in Galway, he is more commonly referred to as Seamus Quirke.

Galway City Museum’s Revolution in Galway, 1913-1923 exhibition features a number of objects connected with the “night of terror” including a revolver belonging to Krumm, which was captured by the volunteers, and a brass cap from a petrol canister used to set alight the Broderick family home. Within the cap is a faded photograph of a young Maggie Broderick with her hair shorn looking defiantly into the camera’s lens. It is a powerful reminder of the role and suffering of republican women in the War of Independence. 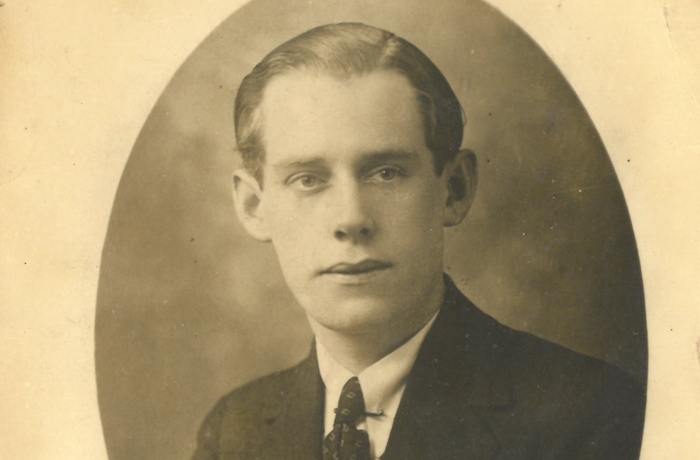 Additionally, to mark the centenary anniversary, the relatives of James Quirk have kindly loaned a collection of never-before-seen material to the Galway City Museum, which includes a portrait photograph of Quirk, correspondence between Quirk and his parents, letters of condolence to the family and his memorial card.

Among the letters is one from Michael Walsh, a republican city councillor and proprietor of the Old Malt House at High Street, Galway. Walsh wrote “accept my most sincere sympathy on the death of your dear son, who was loved by all who knew him.

"He was a most particular friend of mine and Mrs Walsh’s [...] I would have written yesterday but I was a bit upset over a visit from the Black & Tans”. Walsh would himself be shot and killed by Crown forces on the Long Walk a month later.

A selection of this material will be displayed at the Museum from Tuesday 15 September until Christmas. Galway City Museum would like to acknowledge its gratitude to the relatives of James Quirk.

Visiting the exhibiton and Covid-19 guidelines

Galway City Museum is open from Tuesday to Saturday with four daily timeslots: 10am, 11.30am, 2pm and 3.30pm. Admission remains FREE but visitors require a ticket for their visit.

Tickets can be booked online by visiting galwaycitymuseum.ie which will need to be presented either in printed format or on mobile phones at the main entrance to the Museum.

The number of visitors will be strictly controlled and those attending will have to adhere to correct social distancing and health and safety protocols so that everyone can enjoy the exhibitions in a safe and comfortable environment. For any further information contact [email protected] or phone +353 (0 )91 532 460.