Hands up all of you who remember the 1980s Save Galway Bay Group and what they were set up to do? If you thought it was the name for the latest pop sensation you are possibly a young Gossoon who would not be much interested in reading any further.

For the rest of you, Save Galway Bay was made up of a number of Galway/Claddagh residents who disagreed profoundly with any thoughts of building a wastewater sewage treatment plant on the tiny, picturesque, Mutton Island.

SGB supporters were fully aware of the urgent need to clean up Galway Bay and rid the city of filth washing up on our beaches. It was, however, virulently opposed to the choice of any construction on this tiny island location, reckoning it a most unsuitable site - especially when it became known there would be need for later expansion. SGB warned all who would listen that, "the island site would be too small". 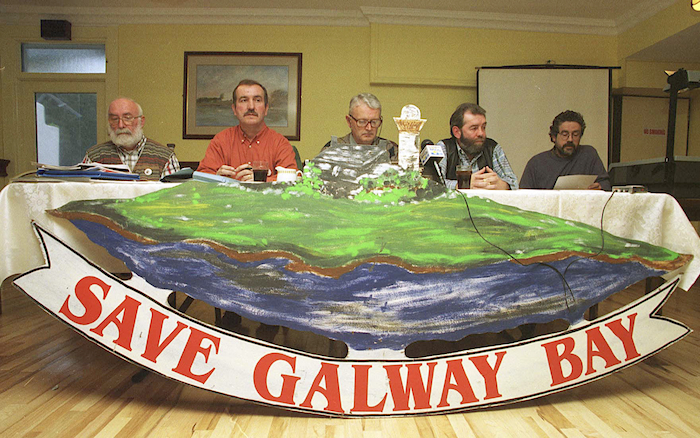 Engineering consultants later admitted this, saying: “Galway city and adjacent areas of Galway County are going through a period of growth and change unprecedented in the city’s recent history which led to concerns regarding the adequacy of the infrastructural provision”. The quote from Nicholas O'Dwyer and Entec, in association with Tobin Consulting Engineers, GALWAY MAIN DRAINAGE - STAGE 3 Preliminary Report for Galway City 2006.

It would appear quite remarkable today, that until recent decades, the entire technology around sewage treatment in the city consisted of hastening its disposal untreated, pumping it as far out into Galway Bay as could be managed, and letting nature do the rest. All new housing developments post-WWII in Galway had their outlet pipes in the general direction of the bay, and most Galwegian’s were none the wiser!

Within 10 years of Ireland joining the European Common Market (as the EU was then called ), the State became subject to environmental legislation brought in to ensure towns with populations of more than 5,000 would be barred from carrying on such damaging practices.

In response in Galway, it was proposed in 1983 to replace the small pump house in South Park, with a massive new primary treatment plant that would separate solids for offsite disposal, and chemically treat the remaining liquid effluent, before quietly continuing to pump it out beyond Mutton Island, and into slightly deeper water.

This was like a red rag in front of residents of the Claddagh, who along with the late Cllr Tom Cox and many volunteers, rose up and for the years until his sad passing in 1997, proudly resisted any such notion. When the project then moved to construction of a secondary treatment system on Mutton Island, all hell broke loose. 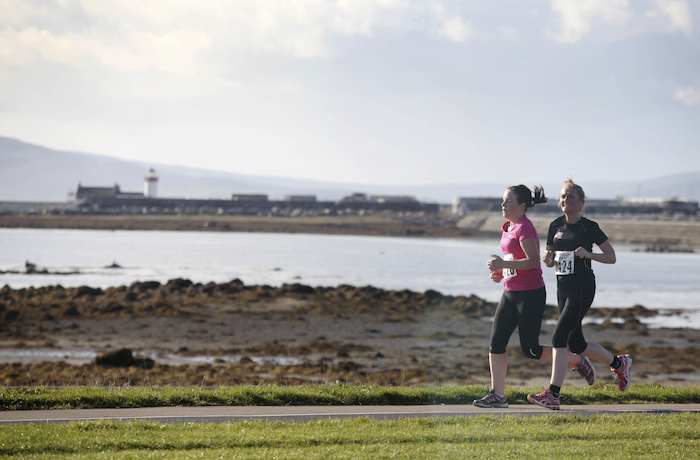 The late 1980s campaign, led by the Save Galway Bay Group, fundraised, brought in international engineering consultants (Mouchel & Partners ) which produced a report suggesting use of alternative sites, and new treatment technologies such as UV disinfection (in common use today, but sniffed at back then ).

'Concern is growing about more unacceptable amounts of raw, untreated, sewage, again leaking into the estuary of the River Corrib, a special area of conservation'

Many complaints were written, with Insider and the late Mike Flaherty, often up into the wee small hours, composing letters of complaint to Europe, and sending submissions looking for support from Brussels. These missives detailed a complete failure to observe new environmental policies.

Getting the EU involved

Those missives landed on the desk of European Regional Policy Commissioner, Monika Wulf-Mathies, resulting in her sending over a JF Verstiynge, head of the Regional Policy Directorate, to investigate matters and report back to his boss, the Commissioner.

He reacted to a claim made by the Irish authorities that one possible site close to Lough Atalia would be "so environmentally unsafe that it must be ruled out in favour of Mutton Island appears to us to be unproven" saying in return “if this is true, it would raise serious questions about the design of a large number of treatment plants in Ireland".

History records that despite the Commissioner's advice, and EU pressure, the then Minister for Environment, Brendan Howlin, gave permission for construction to go ahead on the island, despite the EU refusing to pay the full cost of building the causeway needed to access it. 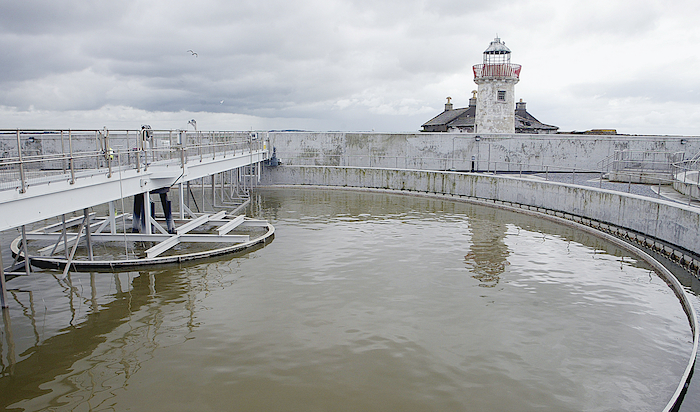 Faced with all this, Save Galway Bay went to the High Court in Dublin, fronted by courageous Claddagh actor Ray McBride, who would later take on a frightening Supreme Court appeal. That, however, is a longer story and an Insider tale for another day.

So, why the history lesson? The simple reason being that once again, concern is growing about more unacceptable amounts of raw, untreated, sewage, again leaking into the estuary of the River Corrib, a special area of conservation, any time it rains, and subsequent tides washing it back onto the Ballyloughane and Claddagh beaches.

'In a recent study, academics tested water samples from the sea, rivers, and lakes between 2018 and 2019, and discovered a potentially lethal strain of E.coli had been found in Irish beaches, rivers, and lakes popular with bathers'

Quite apart from the resulting loss of An Taisce's Blue Flags at Ballyloughane; despite authorities' attempts to ‘control the message’, there again exists very serious health implications for anyone chancing a swim in the often polluted seas around the city.

Reasons to be concerned 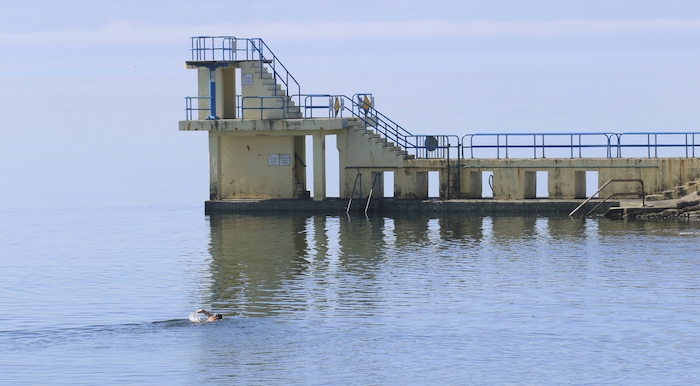 In a recent study led by Prof Dearbháile Morris and Dr Louise O’Connor at the School of Medicine in NUI Galway, academics tested water samples from the sea, rivers, and lakes between December 2018 and October 2019, and discovered a potentially lethal strain of E.coli had been found in Irish beaches, rivers, and lakes which are popular with bathers and deemed to have excellent water quality under EU standards.

Researchers say the bacteria, known as Shiga-toxigenic E.coli (STEC ), can cause disease, severe intestinal infection, potentially renal failure, and even death. indeed, Ireland is “the worst country in the European Union for STEC infection rates, suffering up to 10 times the European average”.

Galway's Main Drainage - Strategic Overview EIS (2006 ), had estimated that, “based on projected rates of population, housing, commercial, and industrial growth, the upgraded capacity of Mutton Island could again be exceeded at the end of the decade (2010 ). Within the limits of uncertainty in planning, particularly related to industrial development, this will require a new €110m WWTP to be constructed east of Oranmore and commissioned to handle the load surplus to the upgraded Mutton Island WWTP’s capacity”. 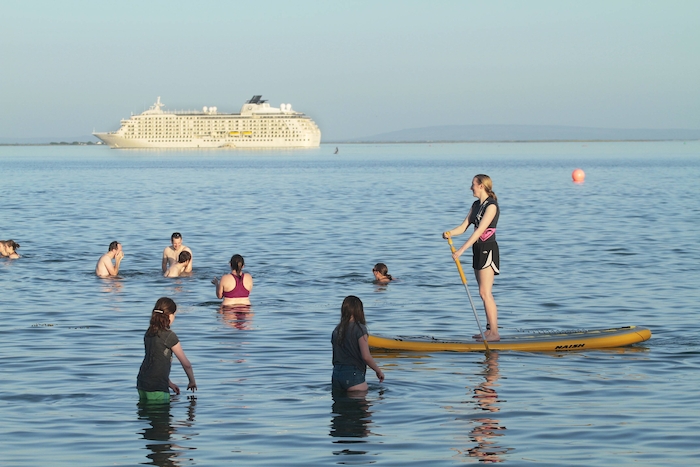 Fourteen years later and there is no sign of any new Galway East WWTP yet. New housing projects, such as those being proposed for Sandy Road - Dyke Road, or at Ceannt Station, etc, could again be put at risk of refusal, putting Galway even further behind Limerick in terms of its much needed housing development.

It is, in Insider's view, more important that people's health is put first and this needs to be protected by having this essential piece of waste water sewage treatment kit built - before any promised construction boom again collapses. With Covid-19 now causing such chaos, these other sources of infection should not be ignored. Irish Water's budget overruns stand at a current €917 million, as reported in a Sunday Business Post article on August 16.

This needs a Government resolution! County and city TDs and councillors please note!