This year has been a big year for streaming tv shows as many people have been spending a lot of time at home due to Covid-19 lockdowns. As many usual holidaymakers are still looking for the right time to travel this summer, others are deciding to stay put at home or opting for a ‘staycation’ instead. Luckily, there are plenty of entertaining tv shows to keep us all entertained for hours. Over the past few years, there has been a sharp rise of binge-worthy tv shows with audiences making them trend on social media. Some of the most watched shows on Netflix in December 2019 were Stranger Things, The Umbrella Academy, You, and Sex Education.

Ireland has long been an amazing creator of TV shows, films, and famous actors. Cillian Murphy is just one well-known Irish star of film and tv, most recently known for his leading role in the popular series Peaky Blinders. Whether you are looking for a serious Irish drama, or a hilarious Irish comedy, here are just four of the most popular shows to watch recently.

Kicking off the list is The Fall, a psychological drama headed by actress Gillian Anderson. The gripping show follows DS Stella Gibson as she hunts a serial killer in Belfast. The killer targets and stalks young women, with each episode leaving you needing to watch on and find out what is happening, slowly unravelling the mystery. Scattered throughout the series is flickers of humour that helps to break from the darkness, without losing its identity. The show builds in intensity throughout, ensuring many twists and revelations on the path to the truth. This is a thriller that should not be missed and will not be quickly forgotten!

Featuring lightning-fast wit and very relatable humour, Derry Girls is not a show to be missed right now! As the name suggests, the series is set in Derry, in the 1990s, and follows five young friends finding their way through Catholic High School, facing all the hardships of teen life along the way. The show manages to balance the nostalgia of youth, and outright hilarity of some situations, with The Troubles that were occurring at the time in the region, this is handled sensitively and in the background of the show. Another fantastic part of this show is the many unique words used, showing a large range of the local vernacular, adding another reason to binge this show and learn some new slang! Actress Nicola Coughlan, who plays Clare Devlin in the show, might be best known as a Derry girl, but she says she’s much more of a Galway girl as she was born there. She recently featured in a new Tourism Ireland film showcasing in Galway. 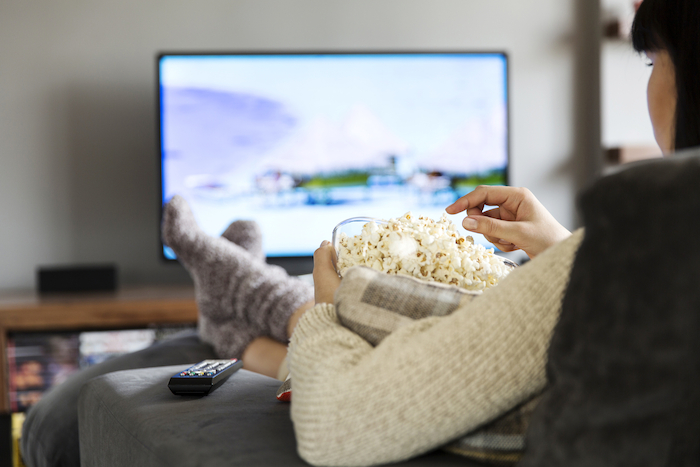 Steamy and sincere, Normal People is the show that everyone is talking about in 2020. Focussing on two main characters, Connell and Marianne, the show explores their lives as they grow with each other, learning and developing as people. This show does not shy away from sexual scenes, but it does so with a tender beauty and never feels gratuitous. The main reason to watch this show is its genuine nature, as you watch you become enveloped in their world and relationship, feeling their pain and enjoying their happiness.

Their journey of self-discovery and growth will have you hooked from the first episode. The show was so well-received earlier this year that audiences are already eager for a second season. However, for the time being, their story ends here as author Sally Rooney has no book sequel planned yet. Recently in a podcast, Paul Mescal reveals his post-finale predictions and talks about what the future might look like for Connell and Marianne.

Following the lives of two young Irish teens, who seem to be sharing one brain cell, The Young Offenders features Conor and Jock who are not only school kids but bike thieves in Cork. The boys share a kind bond, always being able to rely on each other throughout their fruitless schemes, often injuring themselves, or committing crimes in the process. The show features a lot of physical comedy, with the boys falling out and fighting each other to attempt to solve even the slightest problem. While this show doesn’t display the most sophisticated comedy, it guarantees a laugh to anyone that watches it. Full of heart and humour, The Young Offenders is a great watch and currently has three whole seasons available to binge!