The installation of sprinklers at crowd gathering hotspots in the city could be used to encourage people to disperse after 10pm says Galway City Central councillor Eddie Hoare.

The call comes after large groups gathered at the Claddagh Basin and Spanish Arch at the weekend and partied into the early hours of the morning.

While acknowledging the importance of keeping public spaces open and available, the Fine Gael councillor said people revelling at unreasonable hours in the area was unfair on the residents.

He said; "Sprinklers could be used as a mechanism to politely move along the crowds that gather at the Spanish Arch and Claddagh Basin areas after 10pm for 15 minutes; they are used in other cities in Europe. It is unfair on local residents to have to listen to large groups of people [outside their properties] at unreasonable hours. 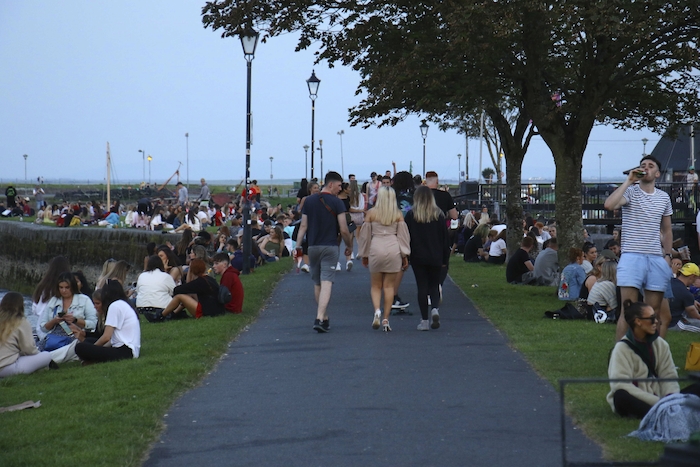 "We don't want to be killjoys [because] people gathering at the Spanish Arch [and Claddagh Basin] is a part of Galway culture, however, doing this at unreasonable hours is just not fair [on the residents]."

Cllr Hoare suggested the opening of smaller pubs in the next phase of the reopening of Ireland could help in easing the pressure on public spaces.

"There is also the social distancing issue. Current advice says groups of no larger than six but it is very clear that is not happening [in those public spaces]. We have seen localised lockdowns in other counties and we don't want that in the west. The fact Galway has done so well in suppressing the virus is testament to its citizens.

Not so scenic Spanish Arch 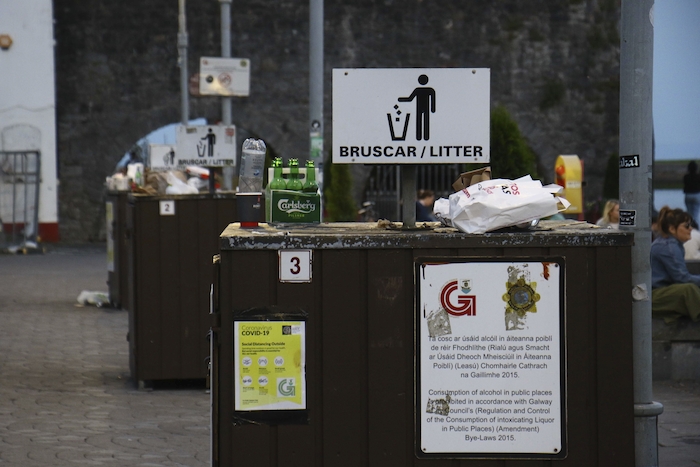 "In order to try to take pressure off the public spaces, I would advocate the opening of smaller pubs in the next phase. Pubs have the ability to control patrons in a way public spaces can't."

He also highlighted the unsightly image of overflowing bins in the areas as a problem. "The Spanish Arch and Long Walk are some of our city's most scenic locations. These are the pictures we want to be seen of Galway around the world and not Sunday morning's pictures of overflowing bins and litter.

When asked to comment, a Galway City Council spokesperson said there were no plans to restrict access to Spanish Arch or Claddagh Basins areas but the situation was reviewed on a regular basis with the gardai.