In terms of victims of the pandemic, big budget Hollywood movies are quite low down on most people's sympathy lists. Only a year ago Avengers: Endgame broke the record for box office takings with $2.7 billion, so limited sympathy is appropriate.

I have enjoyed revisiting old classics and some of the new releases out for home viewing but I do miss the summer blockbuster, and Greyhound is the kind of movie which suffers from the move out of the cinema and onto streaming. Indeed, Tom Hanks, the producer, writer, and star of this film, admitted the lack of theatrical release for this movie is (his words ) "heart breaking".

Greyhound follows Ernest Krause, a career navy man who has been given his first command. His ship, the titular Greyhound is a destroyer and its mission is to protect the fleet of supply ships and troop carriers across the Atlantic Ocean to Britain, while being stalked and taunted by Nazi U-boats.

'While this is the kind of role Hanks can do with his eyes closed, it is still great to watch him do it'

Krause must rally his men, many of whom have more combat experience than he does, and guide his convoy through the black pit - the one area of the ocean that cannot be protected by air cover. There is not much more to the film than that, apart from a few short flashbacks to Krause's wife back on shore. 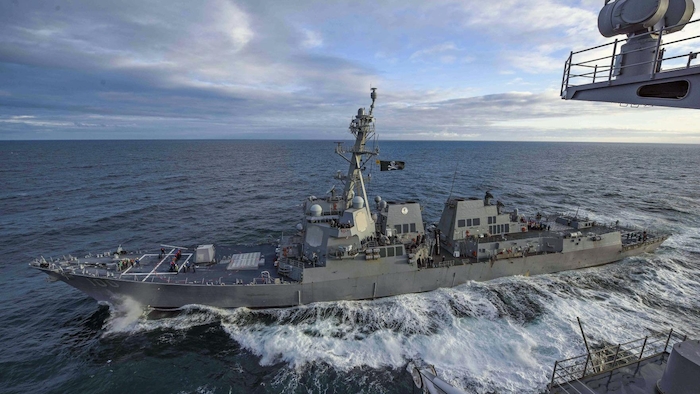 Hanks as Krause is crucial casting. Without Hanks I wonder would this film have been made? Without him, would it be worth watching? His everyman personality and kind demeanour is why we all fell in love with him in the 1990s but when he shows his charisma and leadership qualities (Saving Private Ryan and Captain Phillips ) he is at his best.

'It is an adventure, but it is serious at the right level. No quips or one liners'

Overall, you know if this type of film is for you by looking at the poster or trailer. An 80 minute WWII naval battle is either for you or not. For me? Definitely. This is my type of movie. I loved the mumbled orders over analogue radio, the torpedo close calls, and the stoic Hanks. The script is tight, not a word wasted. 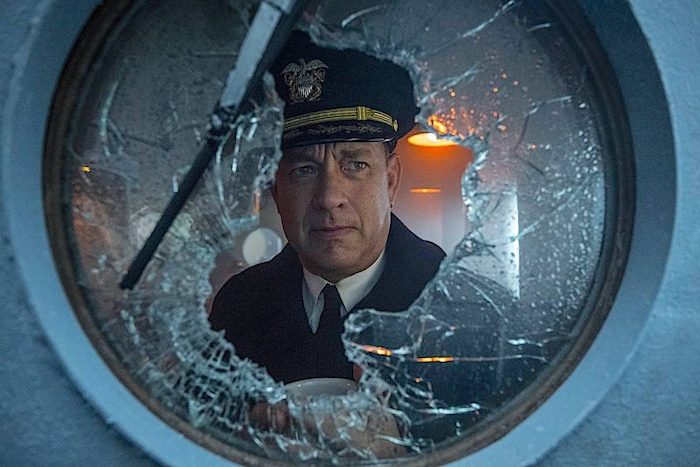 While this is the kind of role Hanks can do with his eyes closed, it is still great to watch him do it. In a world void of leadership, it is fun for at least 80 minutes to see someone in charge who knows what he is doing, and who has the best interests of those he commands at heart.

It is an adventure, but it is serious at the right level. No quips or one liners, I’m not sure how well it would have done in the box office, (it originally had a Father's Day release date ), but if you are the target audience I would be very surprised if you did not enjoy it.