The mayor of Galway, Cllr Mike Cubbard is to serve a second successve term as the city’s mayor for 2020/21 after he was selected at the council’s annual meeting on Friday evening at Leisureland.

Mayor Cubbard’s nomination was unopposed after the expected candidate, Independent councillor Noel Larkin, decided to forego his opportunity to be mayor for the year.

It is the first time a councillor will serve as the city’s mayor since Brendan Holland earned re-election to the position in 1966/67. 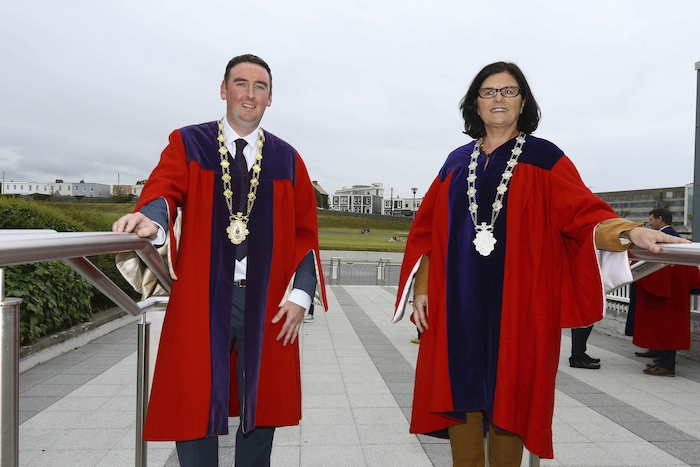 Speaking on his nomination, Mayor Cubbard told members of the chamber at Leisureland that the council must be united in supporting the local economy and local businesses after the fallout of Covid-19.

“I am beyond proud to serve as mayor for the second time at the age of 34. I want to thank you, my colleagues, for your support. I set out last year to show fairness and transparency at all meetings.

“I have challenged the perception of those who are working class and who live in social housing. No matter where you are from you can excel.”

“I like to pay tribute to those who lost their lives to Covid-19 and those who lost [their livelihood]. We now must be united in our support for the local economy and support for local businesses. We must be united in making Galway a place to live and work. I look forward to working as mayor [again for 2020/21]. I believe we can bring Galway to a new level, where tourists want to visit and businesses can thrive.”

Cllr Larkin, who nominated Mayor Cubbard for a second consecutive term, said it was his decision to withdraw his own nomination and congratulated the incumbent mayor.

“You didn’t get a chance to shine [because of the Covid-19 lockdown]. I have decided to forego my opportunity as mayor [for next year] so you can fulfil your full potential. This is my decision [to withdraw my nomination]. You didn’t let anyone down. You are a credit to yourself, family, and city. I am proud to propose you.” 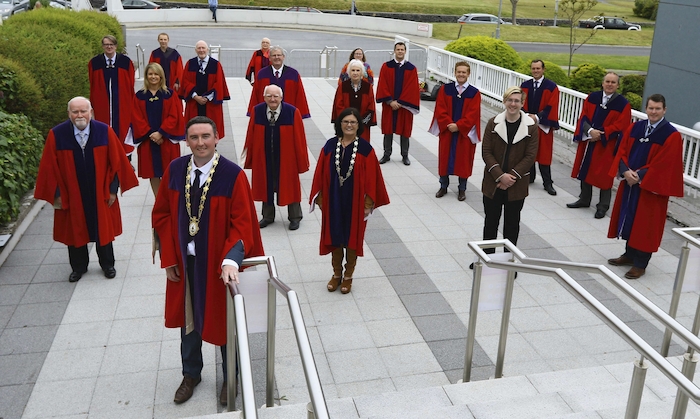 Councillors around the chamber were unanimous in their praise of the mayor.

Fianna Fáil councillor Mike Crowe described Mayor Cubbard as a “man of integrity” and Fine Gael councillor Eddie Hoare said his perseverance was an attribute which everyone could admire.

The position of deputy mayor of the Galway City Council was also decided on Friday afternoon with members of the chamber nominating Independent councillor Colette Connolly.