In Galway, a debate over the historical correctness of the monument to Christopher Columbus in the Spanish Arch has been raised by People Before Profit.

The Galway branch of PBP, in an act of solidarity with the Black Lives Matter Movement, called for the instant removal of the monument citing the connection between Columbus and the slave trade.

The monument was presented as a gift from the people of Genoa, Italy - where Columbus was born - in 1992 to the people of Galway to commemorate Columbus’s supposed visit to Galway and his later discovery of the Americas. It is worth pointing out that international scholars who have dedicated their academic lives researching in the area of Christopher Columbus, and the Spanish Empire, are still unconvinced he was ever in Galway in the first place.

By June 2020 the question of Columbus was part of a global dialogue and PBP’s timing was perfect to have such a debate. Famous statues and monuments worldwide were coming under scrutiny, resulting in many being removed as they were seen as symbols of oppression, triumphalism, and promoting racism and slavery. The monument in the Spanish Arch area was seen in the same light.

It is worth pointing out however, that this was not the first time the controversial monument came under the spotlight. Several years prior, a person unknown drilled into the stone and placed arrows into it, symbolising the destruction of the Indigenous people of the Americas during Columbus’s voyages. The drill holes are still visible today.

'Harmless and good for tourism'? 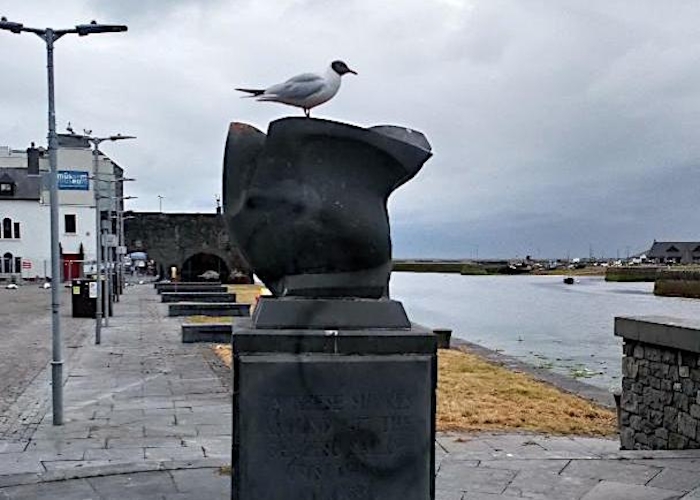 Insider also notes that on June 10, TheJournal.ie picked up on this story and decided to carry out an online poll asking if the Christopher Columbus Memorial in Galway should be removed? A whopping 12,369 people voted for it to remain while only 3,094 were in favour of its removal.

The following gives a sense of some of the prevailing views in relation to this debate: “Sure it’s there to commemorate him as a seafarer and adventurer and he was in Galway before all of the slave business.” Others believed it was “harmless and good for tourism”, and finally there are those who believe that, “he was of his time”.

'As we rightly call into question and re-examine the historical implications of figures such as Columbus, it is reasonable to see why people are offended and wish for monuments like it to be removed'

Those who subscribe to this point of view should consider the words of James Baldwin, an African American playwright, poet, and activist: “History is not the past, it’s the present.”

Anyone who takes the time to study the colonisation of the Americas in detail within the context of the principles of imperialism will be left in no doubt about the actions, consequences, and legacies of Columbus and the Conquistadores in the Americas are nothing to celebrate and defend.

Columbus and the slave trade It is simply not good enough to say that that monument is ‘harmless’, or that Columbus ‘was of his time’. It bears his name, and history proves that if he were alive today his crimes would fill the Courts of Human Rights a thousand times over.

'Insider must ask the question, how would a tourist who is a descendant of former slaves feel seeing this monument?'

The following from a letter that Columbus wrote to Queen Isabella of Spain, patron of the 1492 voyage, is the very essence of the debate about what this monument encapsulates. In it he describes how the natives were very tame and promises “slaves as many as they shall order to be shipped.” He went on to say that this endeavour would be in return for ships and supplies for a second voyage, the infamous voyage of 1495 resulting in slave raids across the Caribbean Islands. 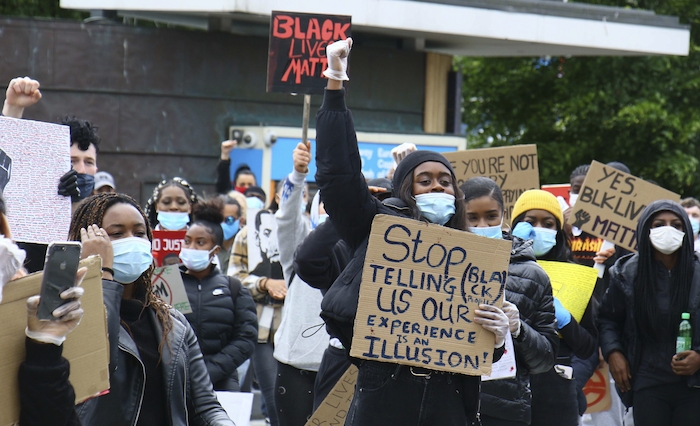 Insider must ask the question, how would a tourist who is a descendant of former slaves feel seeing this monument? S/he could only draw the following conclusions, that Galway in the 1990s decided to ignore the historical facts surrounding this man and his deeds, and instead chose to endorse imperialism, colonisation, and mass murder, while looking the other way in relation to slavery.

This is truly fascinating when you think of Galway’s history which has been through a similar process of colonial assimilation.

As we rightly call into question and re-examine the historical implications of figures such as Columbus, it is reasonable to see why people are offended and wish for monuments like it to be removed. Perhaps it is time for the monument to be placed in the Galway City Museum whereby its narrative can be contextualised.

On the plinth which would remain, perhaps a monument could be erected to the People of Claddagh who died in the Famine of 1845. Their bodies lie in an unmarked area in Claddagh Graveyard just across the bridge. Surely a monument to their suffering at the hands of Imperialism would be more fitting in its place? The Dominican Church’s records suggest that approximately 250 people from Claddagh died in the Famine of 1847. 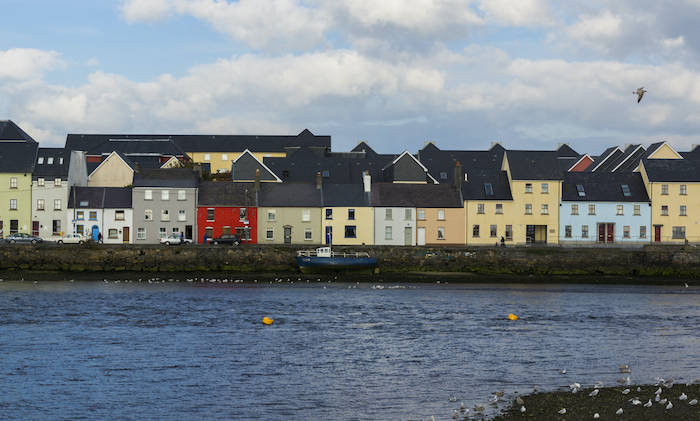 Or perhaps a statue to Councillor Michael Breathnach, an elected member of the then Galway Council, who, in 1920 was killed by the British Crown Forces and his body dumped just a few hundred metres for the plinth in Long Walk. This year sees the 100th anniversary of Breathnach’s killing during the Irish War of Independence; would this not be a more fitting and relevant use of public space to commemorate Galway’s documented history?

'As a multicultural city and island, we must continue to interrogate historical representations'

Insider hopes these two proposals can be considered as a possible solution to this debate. People have forced governments, councils, and museums, into rethinking what it is they wish to remember, and most importantly why. Public officials work for the public and they should never be allowed to cover up, or ignore, historical facts that blemish a narrative they wish to convey.

It is inevitable that there will be many more debates about slavery and race in the future, and, as a multicultural city and island, we must continue to interrogate historical representations.