For many Galwegians, swimming in Blackrock is a way of life, a highlight of the week. During the early stages of the coronavirus restrictions, it was a vital means of exercise, while also being good for mental health during a stressful period.

Few are as well placed to talk about swimming than Galway native Paddy McNamara, who has been taking a daily dip in Blackrock since he was 11-years-old. Until the coronavirus lockdown came in last weekend, he would regularly swim from the diving tower to the buoy at Foudra Rock - a journey totalling 2km, out and back.

“That’s where you’ll get the loveliest views of Galway that not many get to see,” he tells me over the phone during our Monday morning interview. “Swimming is part of a philosophy of life. It provides enjoyment and has a beneficial aspect, socially and mentally. I always prefer swimming in the open water rather than in a pool. Swimming in open water, you’re engaging with nature, the sea is alive, it’s never the same twice. Will it be choppy? Will it be calm? How will the tide be? What will the wind be like? It’s a continuous moveable feast of ‘What is today going to bring’.” 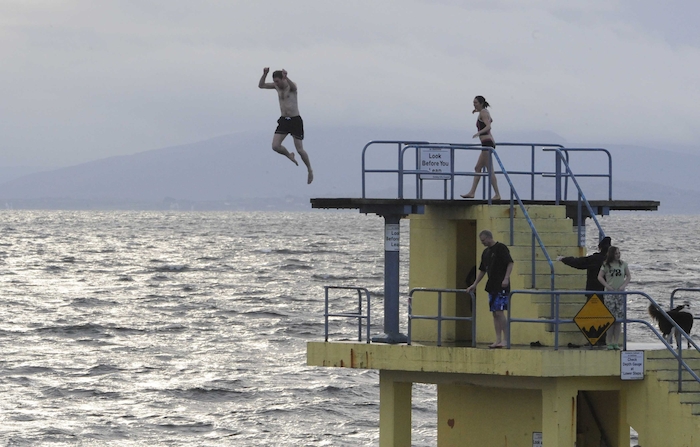 Throughout the coronavirus restrictions, and despite what some online commentators suggested, swimmers were very strictly observing social distancing, taking care that Blackrock never became crowded, and leaving the required 2m distance between each other when changing.

Yet, at the back of every swimmer’s mind was the realisation a lockdown was likely, leading to a period when swimming would be severely curtailed. The inevitable came last Friday evening, when the Galway City Council announced the changing rooms at Blackrock were closed and that “no more than four people should gather at one time when using amenity areas including beaches, public parks, and woodlands”. The effective closing off of Blackrock - bar for those who live more or less across the road from Salthill’s beaches - was completed when the Government announced that exercise should not be conducted more than 2km from a person’s home.

'We all have to make sacrifices. There are members of the swimming community, who, while fit and healthy, are still in those categories which are vulnerable, so by staying away you are helping them'

Given Blackrock swimmers swim all year around, regardless of how cold it gets, we (I too am an all year swimmer ) are not a group to do things by half-measures, and on occasion, a very small number take things to extremes, insisting on swimming during Orange and Red weather warnings.

'We need to think of the greater good' 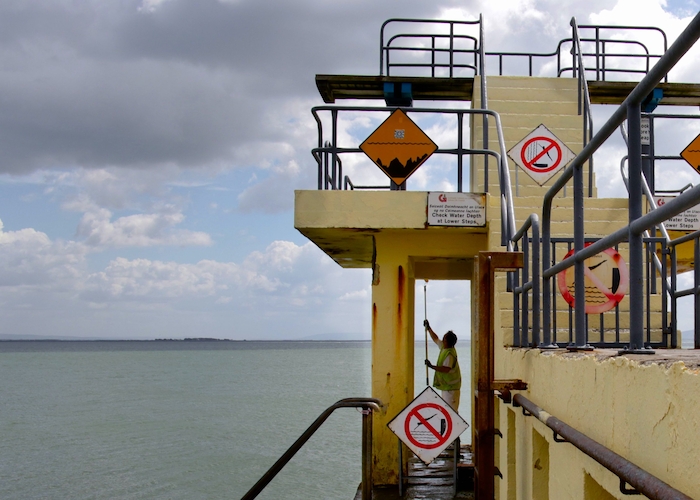 Right now is a time for restraint, a time to pause, to put the common good first, and Paddy is making this call loud and clear to fellow swimmers. He is in the best position to do so, given he commands great respect, authority, and fondness among all users of Blackrock.

“Right now, we need to think of the greater good,” Paddy says. “We’re all suffering in this together. We’re going to miss it, what we call our ‘daily dose of Vitamin Sea’, but we just have to bear up. Some people are within the 2km distance, they only have to go across the road and can go in, so they are fine, they are allowed to do that. Most other people can’t, so right now, it’s best to stay away.

“Think of it like this, you’re a swimmer who has injured their leg, so you have to rest up. Instead, pick up a book you haven’t read. Pick up the phone to talk to someone you haven’t spoken to in a while'

“We all have to make sacrifices. There are members of the swimming community, who, while fit and healthy, are still in those categories which are vulnerable, so by staying away you are helping them, you are not risking increasing their chances. What we don’t want is one of our friends dying, and us asking, ‘Did they pick that up at Blackrock?’ And you have to think of yourself, and your own health, as well. In the long term it will benefit everyone.”

'Use the time positively'

Paddy admits he will miss swimming during the lockdown, but reminds swimmers that, once the restrictions begin to be eased, they can look forward to returning to Blackrock with the weather warmer, the sea temperatures a little higher, and friendly faces in view.

“Blackrock is a great place to meet people,” he says. “It’s a community, and the swimmers care about each other. You can be a painter or a surgeon, but everyone is equal in their opinions.” 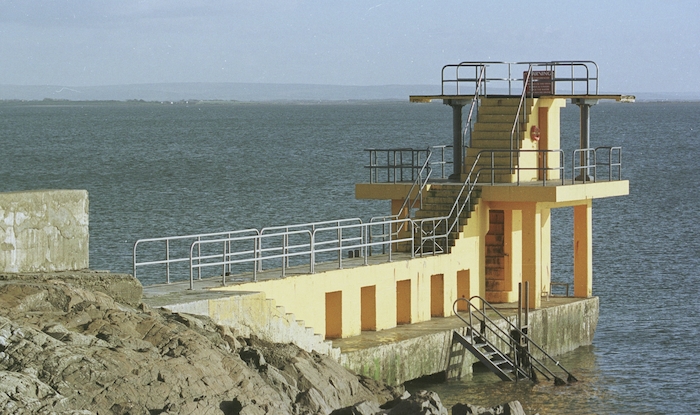 In the meantime, he is encouraging fellow swimmers to take the sense of community and camaraderie they experience at Blackrock and, for the lockdown, to transfer that to their daily lives, and use it to make the best of this situation, both for themselves, and others.

“Think of it like this, you’re a swimmer who has injured their leg, so you have to rest up,” he says. “Instead, pick up a book you haven’t read. Pick up the phone to talk to someone you haven’t spoken to in a while. Use the time positively, you have time on your hands.

“Go for a walk, 2km is still a good size of an area, take the time to look around you. You’ll be amazed at what you see, things that you would never notice while in a car or cycling. Engage with it, and, most importantly, talk to other people. There are people who are suffering more because of the lockdown and we have to be cognisant of them.”