THE LAST two months has seen an unprecedented run of unique and interesting films, from war movie 1917, to a new twist on the Agatha Christie 'whodunnit' in Knives Out, biting social commentary in Parasite, surreal Lovecraftian horror in The Lighthouse, and maybe my favourite of all - a tense thriller from, of all people, Adam Sandler in Uncut Gems.

This week another absolute classic comes to our screens. Portrait Of A Lady On Fire opens with Marianne, an art teacher teaching her class. One of her students has taken out an old painting of Marianne's featuring a girl on a beach whose dress is hemmed with flames. This flashes us back to Marianne as a young artist hired in secret to paint a portrait.

Her subject is Hélois, who has refused to sit for any artist, and her mother is trying to find her a husband. A suitor in Milan has asked to see a picture of her before he agrees to marriage, but, without a portrait to send him, the deal cannot be struck.

'It removes the voyeurism we are so used to in cinema, particularly when it comes to the female body'

On paper, it sounds like the type of European movie that would have been banned in the 1970s - the type of movie Father Ted would be told to object to. Yet it is so much more than that, and it is incredibly well made. Director Céline Sciamma has had some modest hits in the past (notably Girlhood from 2014 which I would implore you to track down ) but this is a huge leap for her. Many of the scenes in this film look like a painting. Her use of colour and music gives the film an ethereal, dream like, quality. 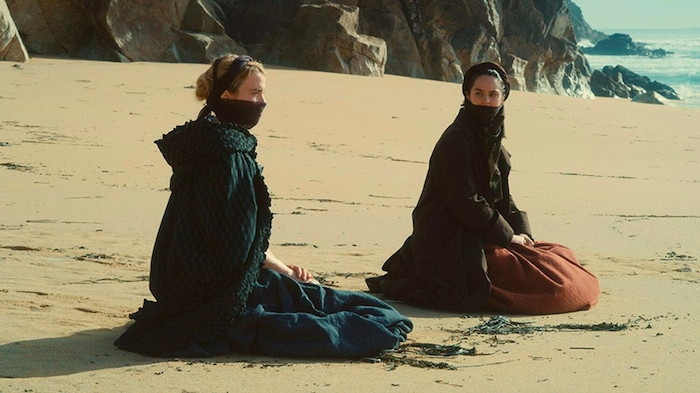 Sciamma has called the film a “manifesto for the female gaze”. When Hélois does finally sit for Marianne she stares into the lens, right back at the viewer. It removes the voyeurism we are so used to in cinema, particularly when it comes to the female body. It is very much an equal love story - there is no intellectual domination - which makes a far more interesting story than the usual Hollywood stuff.

I found this movie incredibly moving with both central performances being note perfect. The restraint used throughout makes the devastating epilogue a gut punch which really did destroy me. It is rare you see a movie like this so available in cinemas so do see it while you have the chance.