ROBERT PATTINSON is Ephraim Winslow, a new lighthouse keeper starting his first day of work on the coast of New England in the late 1880s. He is partnered with Thomas, played by Willem Defoe, a veteran wickie, as he calls himself.

Thomas looks like the sea captain from The Simpsons and is a bit of a bully. He is not the only bully on the island though, as Ephraim is harassed by a family of seagulls. When a storm cuts them off from the mainland, and then another storm destroys their food supplies, madness slowly descends upon the pair. Neither trusts the other and for good reason. Slowly it becomes a game and a power struggle between the two.

Directed by Robert Eggers, this is his second film after his much lauded debut The Witch in 2015. He draws on many sources, from Ingmar Bergman to The Rhyme Of The Ancient Mariner and most clearly HP Lovecraft's short stories. Another heavy influence was a short unfinished story by Edgar Allen Poe called 'The Light-House'.

While I enjoyed The Lighthouse, it is a really difficult film to recommend. It is almost antagonistically obtuse towards the viewer. It is not interested in explanations or giving the audience any satisfaction. Not only that, it is filmed in an unusual ratio, 4:3 and in beautiful black and white. In a way I admire its inaccessibility and there is a lot of really good stuff here. The dialogue flows poetically and reminded me of Film, the Samuel Beckett screenplay (well adapted by Anthony Minghella and available on YouTube ). 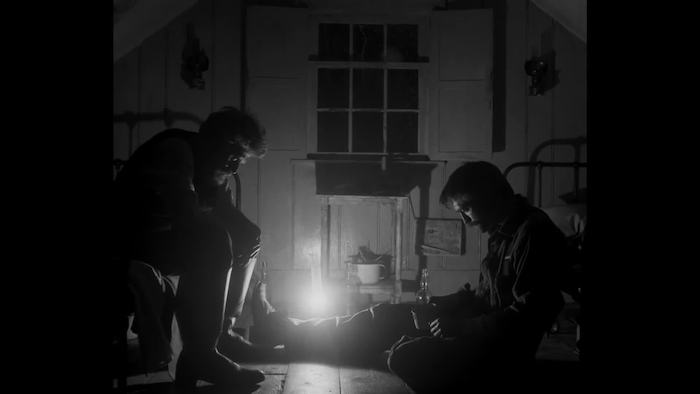 Pattinson and Defoe also deliver stellar performances, both have unusual New England accents which are a bizarre mix of Newfoundland and Cornwall with some Irish thrown in. I absolutely love what Patterson has done with his career since the Twilight movies and it will be interesting to see his take on Batman next year.

Defoe is, as always, brilliant, and here he is both hilarious and terrifying - particularly one scene when, after his food is not adequately complimented, he begins to rant and starts with an almighty scream of the word Hark! Which I have decided I will now do myself when my own cooking is not giving its due! I really got a lot out of it but it is not for everyone.