THIS IS the fifth year in a row the bookies favourite did not win best picture at the Oscars. This is not always a good thing, Green Book was one of the worst ever winners of the award.

This year though, we might have the best film to win the award in decades. In Parasite, director Bong Joon Ho returns to his native language (his last two films were in English ) and delivers his masterpiece. The thing about Parasite is the less you know about the film the better, but if you need convincing I will do my best over the next 400 or so words.

The plot is centred around two families. The Kims are a poor struggling family in Seoul. When the boy, Ki-woo, gets a job teaching English to the teenage daughter of the wealthy Park family he sees an opportunity. Soon he manages to get his sister a job working for them, then his father, and so on. They never let on to the Park family they are related. From there the film progresses with many genuine and unexpected twists and turns. 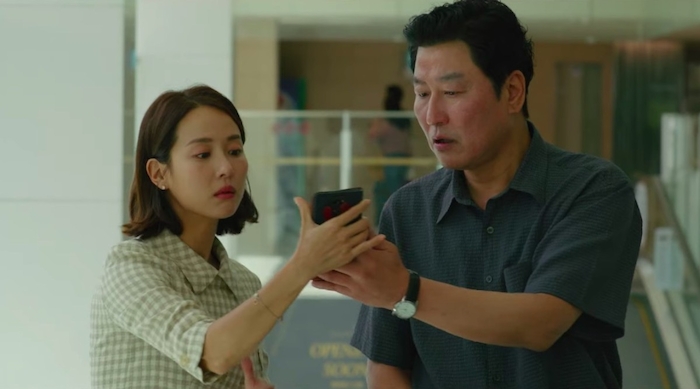 The spinning plates of plot the director manages to keep going make genuinely remarkable storytelling. It is described as a dark comedy but for me it is more of a Hitchcockian thriller. It is incredibly clever and Bong makes so many interesting decisions. There is zero sympathy given to anyone but this is not a film of heroes and villains. You feel empathy at certain points. No one is innocent but still the film has a very firm moral clarity.

Not only does it have an exciting and fresh story the film also incredibly well made, Bong is a master of suspense and tension, and there are several scenes you will watch through your fingers. Some scenes genuinely feel like you are watching horror movie, some are laugh out loud funny, and when it is at its best, both genres are combined. 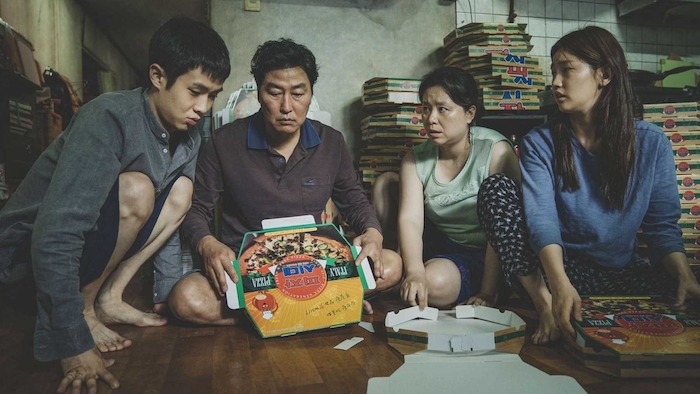 I am not doing the film justice here for fear of giving anything away but take this opportunity to see something special. The best thing about Parasite winning best picture is that director Bong has been celebrated for the correct film. Don't you wish we could go back in time to give Scorsese the award for Goodfellas or Tarantino for Pulp Fiction, or Katheryn Bigelow for Point Break (that could just be me ). I think subtitled movies are a particularly tough sell in this era of smart phones. For that reason I would implore you to see it in the cinema with your phone away (obviously ).