WHEN DERBHLE Crotty takes to the stage as Madame Ranevskaya in Anton Chekhov’s The Cherry Orchard this month, it will mark her first appearance with Druid since 2015 and its acclaimed DruidShakespeare production.

Yet Derbhle’s association with Druid, and in particular with director Garry Hynes, goes back three decades. The two women first worked together on Marina Carr’s Portia Coughlan in the mid-1990s, and would collaborate again in Christian O’Reilly’s The Good Father, John B Keane’s Sive, JM Synge’s The Playboy Of The Western World, and Sean O’Casey’s The Silver Tassie.

“Portia Coughlan was 25 years ago,” Derbhle tells me, as we sit in the Druid offices on a Tuesday morning. “It’s extraordinary to think how Garry was running the Abbey in her thirties with such confidence, and Druid was already such a massive force.”

Druid will present Tom Murphy’s version of Chekhov’s The Cherry Orchard in The Black Box Theatre from Saturday February 22 to Saturday March 7. Garry Hynes will direct, and Derbhle reflects on the experience of working with her. “When working with Garry you have to be flexible, there is never any stone un-turned, there is always enquiry,” she says. “You don’t get married to any ideas, you try out everything, and that really suits me.

"I hate being tied down too early. It’s right to be constantly creative, to be reluctant to settle on any one thing. You explore so many dimensions, so many things are available to you. We suit each other that way. She needs actors who are flexible – and she has those actors in the Druid Ensemble – who are flexible, and who understand that desire, and who want to work that way themselves. Maybe we found we were natural bedfellows.”

Emotionally tied to the land

While this will be Derbhla’s first time performing The Cherry Orchard, she is is steeped in the Russian writer's work, having starred in The Seagull at The Gaeity, and The Three Sisters at the Abbey, for which she won the 2008 Irish Times Theatre Award for Best Actress.

In The Cherry Orchard, written in 1903, aristocratic Russian landowner Madame Ranevskaya returns to her family estate, which includes a large cherry orchard, knowing she faces an uncomfortable reality – she must sell the family home to pay off her many debts.

“There is an aunt they hope will come up with the money, but she disapproves of Ranevskaya’s past and present. She married ‘beneath’ her to a man she says ‘drank like a fish and died of champagne’, he could throw away money faster than she could, and she squandered her own inheritance, and is in love with a man who robbed her and left her for another woman. As a consequence, she has come back to her home place, which is now in debt. There doesn’t seem to be anyway out."

'Chekhov felt it needed to be entertaining, attention holding, people have to enjoy it. The emphasis on comedy is to ensure it didn’t go into the sloth of despondency'

This catalogue of misfortunes add up to a compelling reason to sell the property, clear the debts, and perhaps have a fresh start, but Ranevskaya is deeply tied, emotionally, to the property’s one outstanding feature – the cherry orchard.

“The home is where she and generations of her family were born, so it is very precious, but the most remarkable thing is the orchard. It is, as she sees it, a wonder of the world,” says Derbhla. “She can’t be the ‘murderer’ of it. She sees it as a living thing, she sees her mother in there, all of her memories, her family’s memories are tied up there. She also sees herself as a custodian, and that it is not in her gift to sell it, but she hasn’t been a good custodian, As she says herself, she has sinned, and therein is the dilemma – this beautiful living thing, this white orchard, that she can’t let go of and that she can’t keep.” 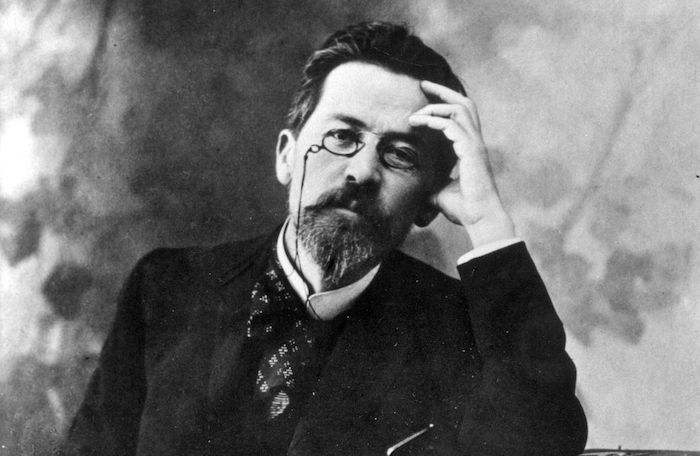 Despite its melancholic subject matter, Chekhov [pictured above] saw the play as a comedy. Derbhla reflects on its happy/sad duality. “There isn’t a ‘take’, we haven’t decided that we’re going to ‘up’ the comic dimension," says Derbhle, "but Garry’s always alert to that because she understands the value of entertainment, and I think Chekhov did too. I think he felt it needed to be entertaining, attention holding, people have to enjoy it. The emphasis on comedy is to ensure it didn’t go into the sloth of despondency. I think he used the term, ‘comedy as a corrective’ to the tendency to make it a tragedy, and it clearly isn’t that, that’s not what’s happening in our rehearsals.”

Exploring that comic-tragic tension also allows the voice of the late, great, Tuam playwright, Tom Murphy [pictured below], to comes through, as this production is his adaptation of Chekhov’s text.

“Even in the saddest times, laughter is only just around the corner,” says Derbhle. “People would say that’s not uniquely Irish, but it is very strongly in the Irish character, and I believe it’s similarly so for Russians. When you think of one of Tom Murphy’s most famous plays, Bailegangaire, a town without laughter, and the idea that the the central couple become involved in a laughing contest, and the topic of the laughter was misfortunes, that seems quintessentially Irish, but it’s entirely imaginable in a Russian context. 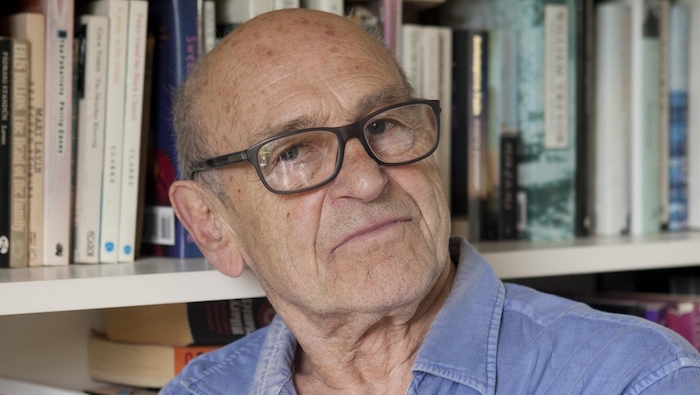 “That’s the eye we have on it. It’s not adding anything in, it’s inherent in the play. And this is Tom’s version, and we are paying very close attention to his specific language, and more tellingly, his punctuation. Tom was very specific, like Pinter, about pauses, ellipses, three dots verses two dots and what that signifies, and in some of the speeches Tom’s voice is so clear, and many of us have worked on Tom’s plays over the years, and hopefully we’re tuned in and primed, to play that score.”

Previews of The Cherry Orchard take place on Saturday February 22, Monday 24, and Tuesday 25. There will also be matinees on Saturday 29 and Saturday March 7. Tickets are available from the Town Hall (091 – 569777, www.tht.ie ). See also dwww.druid.ie In a first for an Irish theatre company, The Cherry Orchard will be live streamed to cinemas across Ireland and the world, direct from Galway on Thursday March 5 at 7pm.