HOWARD RATNER is a diamond dealer with an office in the New York diamond district. He is also a compulsive gambler and seemingly on the edge of a nervous breakdown.

When he comes into possession of a rare and valuable Ethiopian opal, he feels he has made a life changing score. Howard (Adam Sandler ) is a man constantly living on the edge, juggling an extramarital affair, several large debts, an impending divorce, a daughter who hates him, and difficult high profile clients.

We follow Howard over a long weekend, struggling to keep all his vices at bay. Add gangster debt collectors, his daughter's school play, and a large family dinner celebrating Passover with his in-laws to the mess, and Howard is suddenly doing his best to stay a few steps ahead of several impending disasters - all caused by himself.

Written and directed by the Josh and Benny Safdie, this is a sensational follow up to their break out movie Good Time (2017 ). They are young and exciting new film makers and have really managed something special here. They are incredibly canny when it comes to casting. 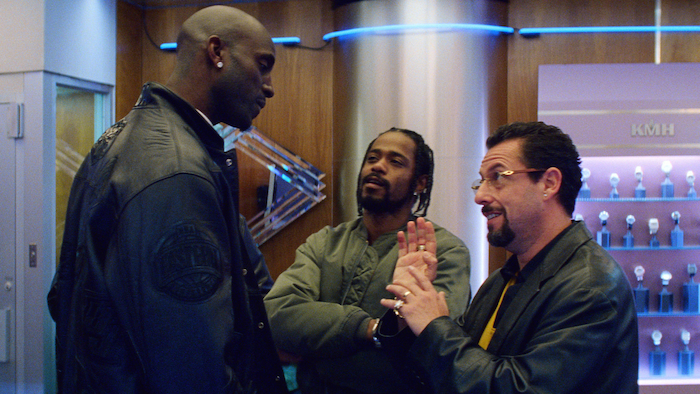 When you bring someone like Adam Sandler into a movie like this, you bring his baggage. They make it work for him. Usually, he plays a stupid, childish, often irritating, comedian, so being put in these situations as Howard, makes it even more stressful to watch than it would be with another actor better known for dramatic roles - you already don't trust him to make the right decisions, but also, you have ingrained sympathy towards him, even if he does not deserve it.

'The number of people I saw with their head in their hands, leaning forward, or even taking deep breaths shows how well this film works'

They do this casting trick over and over in this movie. Everyone has real life baggage or history that adds to their character. Julia Fox, who plays Howard's girlfriend, was discovered on Instagram; his wife (Idina Menzel ), best known for voicing Elsa in Frozen, is here, the very definition of Long Island fiery housewife; while Kevin Garnett, the 15 time NBA All-Star, plays himself; and the extras are locals from the New York diamond district. 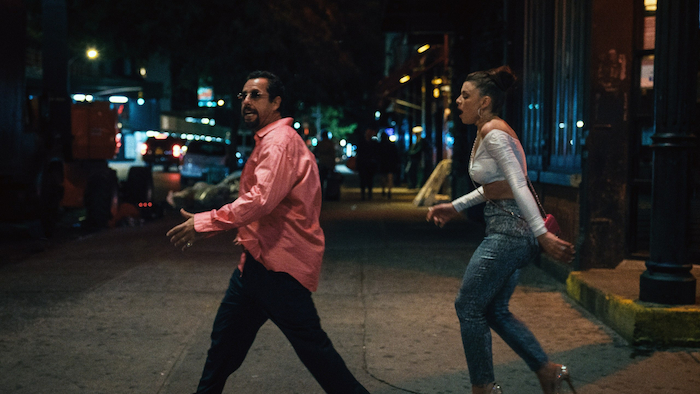 The sound mixing is impressive. The combination of the incredible synth score from Onehtrix Point Never and the mix of shouting, an incredibly irritating door buzzer, raised and lowered voices, and constant phone calls, really add to the claustrophobic feel of the film (and what an ending ).

The world created in this movie seems like tremendous fun to visit at first, but by the end you are dying to leave, and the relief you feel when the film ends is by design. This is a great cinema experience, although out on Netflix next week I recommend watching in a theatre and look around. The number of people I saw with their head in their hands, leaning forward, or even taking deep breaths shows how well this film works.