Galway creatives and anti-racism campaigners have condemned the Government's decision to serve a deportation order on a young man who has become a fixture of the city's music scene.

Theophilus ‘Theo’ Ndlovu, also known as Touché, is originally from Zimbabwe, and has been living in direct provision in Galway since 2016. In that time he has become a popular hip hop and spoken word artist, performing at cultural and community events organised by the Galway Anti-Racism Network, The Melting Pot Luck, Citóg Records, and Create Ireland.

He is also a founder member of the Atmos Collective, which facilitates music workshops for young people in Galway. Atmos was recently granted funding by Galway 2020 as part of its 'Small Towns Big Ideas' scheme, to host community music workshops in the city and county over the next 12 months.

This week, however, the Department of Justice served Ndlovu a deportation order, a move that has been condemned by the Galway Anti-Racism Network and has led to the establishment of a petition calling on the Minister for Justice, Charlie Flanagan, and An Taoiseach, Leo Varadkar, to revoke the threat of deportation. The petition can be signed at: https://my.uplift.ie/petitions/save-theo-ndlovu-from-deportation-1?bucket&source=facebook-share-button&time=1578963026&utm_campaign&utm_source=facebook&share=7537a527-810f-48ab-b073-2e491946b903&fbclid=IwAR2x-GElUjmn2X0MemI5lpRD1snrCQpBPduY8e-qDv_ROuAsOaAcdmTkxnw 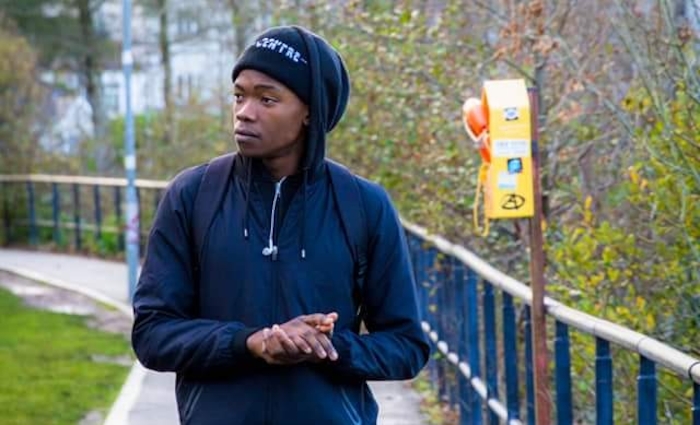 "In his short time living here, Theo has made an immense contribution to the community of Galway, performing at cultural and community events," said Joe Loughnane of GARN. "Theo is a young man who is using his many talents and boundless energy to make his community better.

"Theo connected the Galway Anti Racism Network to Galway 2020. One of the key themes of Galway 2020 is migration, and Galway is a city that is proud of its diversity. It is our humanitarian duty to protect the rights of people who come here seeking safety, and Theo should be allowed to stay in Ireland."

Galway singer-songwriter Tracy Bruen said the city's music community is "gutted" that the deportation order has been served and said they were very concerned about the situation. As a result, she is helping organise a fundraiser to support the launch of a gofundme campaign to support Ndlovu's efforts to stay in Ireland.

The fundraiser will take place in the Róisín Dubh on Thursday January 23, and is being organised by the Open Mic Night, Citóg Records, and The Melting Pot Luck Galway.