I WOULD be very surprised if, next December, when putting together my Top 10 list of 2020, I do not feature two films released this week - Uncut Gems and the WWI set, 1917.

Written and directed by Sam Mendes, the film is based on the stories told to him by his veteran grandfather. It is not often the Great War is covered on screen. Trench warfare is not as interesting as the dog fights in the Battle of Britain or taking Normandy, but Mendes manages to show you something really special here.

In April 1917, British soldiers Blake and Schofield, are lying under a tree in France enjoying an uneasy rare rest. Blake is ordered to report to the general and told to bring a friend. They are informed a large battalion of British troops who are beyond no man's land are heading straight into a German trap. They must, before nightfall the next day, get to the commander in charge and call off the attack. Adding personal stakes, Blake is informed his brother is among the soldiers.

One of the selling points of the film is the ‘one shot’ style in which it has been made (the same technique was used in Birdman ). Using camera trickery and clever editing, it opens with a shot of the two soldiers and there appears to be no cut or edit until the credits role - a clever trick but after a while you stop noticing it and become immersed in the world. 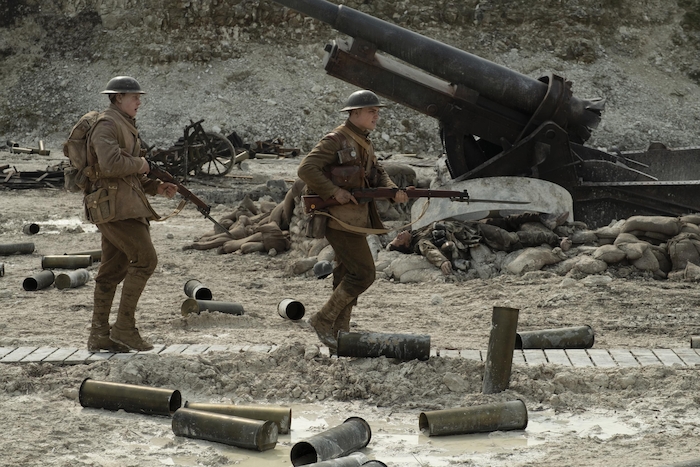 The film is a high intensity, suspenseful, and stressful watch. You lean forward in your seat 15 minutes in when they begin to cross no man's land and you do not lean back until the end. It is absolutely exhausting. The star of 1917 is cinematographer Roger Deakins. Mendes has joked that he is now known as Deakins' director.

What he does here is remarkable, sometimes we see the world over the shoulders of the soldiers, but he also plays with perspective and distance, sometimes it is otherworldly and surreal but never takes you out of it. One shot, of soldiers running, is one of the most incredible things I have seen on film. He is sure to win his second Oscar for this.

The actors are all excellent, particularly George MacKay as Schofield. There are great cameos from Colin Firth, Benedict Cumberbatch, and Andrew Scott. I did come away thinking, a bit like seeing Daniel Craig in Knives Out, how Sam Mendes has wasted so much time making average/boring Bond movies (perhaps with the exception of Skyfall ). How many great films could he have made in that period? 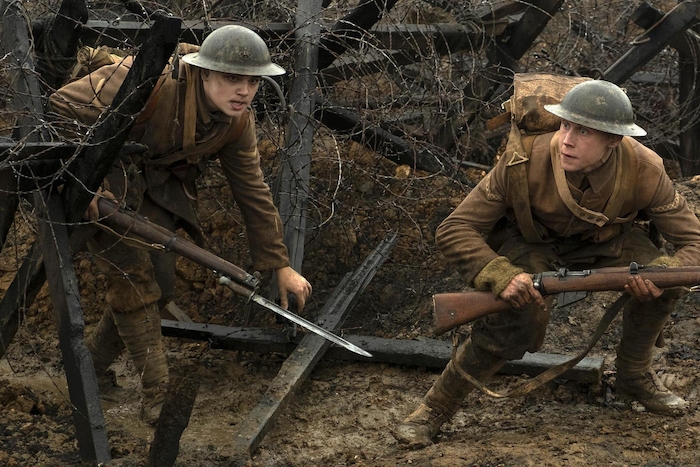 One thing I appreciated is how Mendes does not linger on the gore or violence like Gibson did in Hacksaw Ridge. He is not titillated by the violence like an Oliver Stone or Clint Eastwood. In the world we are living in today I’m also grateful the central goal of the film is to stop an attack rather than crushing an enemy force. It is a beautiful, but exhausting, ride, and an incredibly meaningful and intelligent look at war. One thing for sure, see it on the biggest screen you can.