THE CONCEPT of Jojo Rabbit is quite shocking. Jojo is a 10-year-old boy in Nazi Germany in the last few months of the war. He loves life in the Hitler Youth which seems more like Boy Scouts than anything else.

Lots of boys Jojo’s age have imaginary friends, and so does Jojo - except his is an extremely camp Adolf Hitler. Jojo is also a sensitive boy. While in Nazi camp he is asked to kill a rabbit by the older boys to prove his manliness. When he cannot he is nicknamed Jojo Rabbit, and subsequently injures himself with a grenade by accident. While home recovering he discovers his mother his hiding a Jewish girl in his attic. Jojo initially struggles with this but soon learns Jews are not the scaled serpent tongued monsters he has been told they are.

Borrowing from films like The Great Dictator and The Producers, what Jojo Rabbit does well is to laugh at the pomposity of the Third Reich. New Zealand director Taika Waititi is sincere, but this is a very difficult needle to thread. It is more Mel Brooks than Roberto Begini but I’m not sure I fully got to where the director was trying to take me by the end. I admire its gumption and the serious turn, including one absolutely heartbreaking moment it takes in the last half hour, and it certainly does not let its audience off the hook. 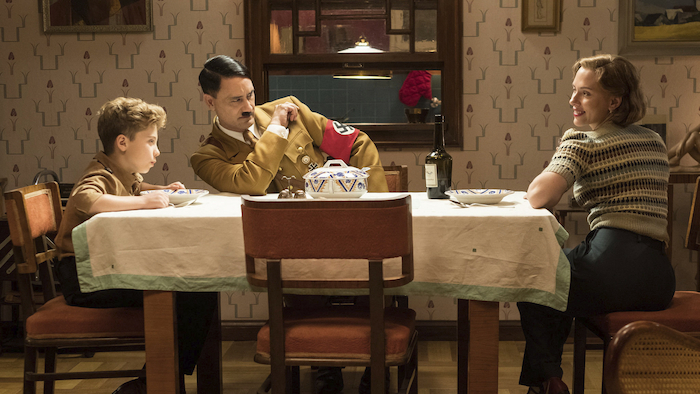 Scarlett Johansson plays Jojo’s mother and continues her exceptional run from 2019 - going from Avengers to Marriage Story to this is really some run of form. Sam Rockwell is great as the one eyed drunk who leads the Nazi youth. Stephen Merchant, Rebel Wilson, and Alfie Allen round up an exceptional supporting cast. The movie looks great, think Wes Anderson meets Triumph Of The Will, and it has a fun pop/rock soundtrack, featuring those strange Beatles recordings in German and Bowie’s rendition of "Heroes" recorded in German during his Berlin days. 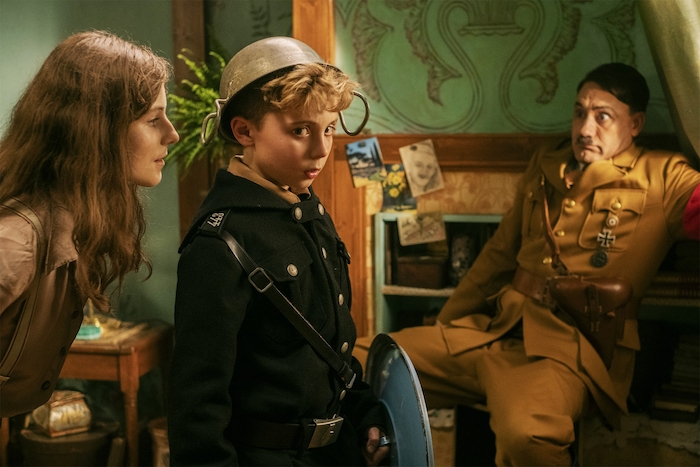 Alas Jojo probably was not as funny as I would have liked nor as serious as it should have been. I feel for Waititi because sometimes it really works, but he just could not manage to keep it all together for the duration of the film. Considering the premise, it is almost admirable that it works as much as it does. It is nice to see a film in Hollywood really take a swing.

When it does work, it is mostly down to Roman Griffen Davis who plays Jojo in his film debut. He is actually great at both the comedy and drama. Like most people I tend to find child actors about as annoying as adult magicians but Davis is more than tolerable, in fact he is actually quite good. I can’t imagine how bad this film would have been with an annoying child as the star.