ENGLISHWOMAN, IRISH republican, suffragette, activist, actor, writer, and muse to WB Yeats, Maud Gonne was one of the most prominent figures in late 19th and early 20th century Ireland.

She is also the subject of the play Gonne, by Annie Keegan, which Unamused Theatre brings to the Town Hall Theatre studio on Thursday November 28 and Friday 29 at 8.30pm.

In the play, Maud Gonne tells the story of her tumultuous life. As she said, “Revolution plotting was a real boys’ club, in that they met in a boys-only club to plot the revolution.” She was having none of that, and became one of the most famous women involved in Ireland's struggle for self-determination. 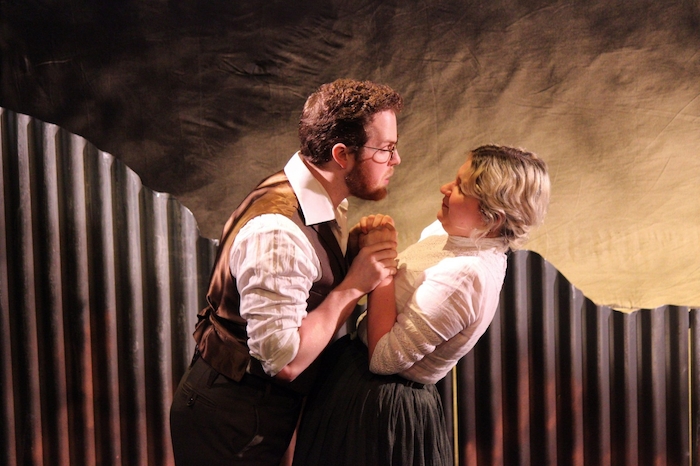 Gonne will deal with this, as well as with her affair with a French republican, dabbling in the occult, and her short but significant acting career - with interruptions from a besotted Yeats - to deliver a picture of a woman fighting for the right to fight, and someone who is far more than just an artistic muse.

The play is directed by Gráinne Holmes Blumenthal. The cast are Kiah Ronaldson (Gonne ), Simon Geaney (Yeats ), and Aoibhín Murphy (Lady Gregory ). Tickets are available from 091 - 569777 or www.tht.ie