Insider thinks the answer to this question has to be: probably not. Capitalism is a voracious system forever in search of somewhere to put its money so that it can turn that money into more money.

Asking it to do anything else is like suggesting your pet cat become vegan. Henry Ford is alleged to have said: “I don’t make cars; I make money." Left to its own devices, in the end, capitalism turns everything into a saleable product and then into money. More than 400 years ago, in one of his lesser known plays, Timothy of Athens, Shakespeare wrote that gold, ie, money “will make black white, foul fair, wrong right, base noble, old young...will lug your priests and servants from your sides...This yellow slave will knit and break religions; bless the accurs’d; make the hoar leprosy ador’d; place thieves, and give them title...”.

Shakespeare was writing at the dawn of capitalism, and he was more correct than he could have imagined. Money gets beautiful young women to marry ugly old men; it buys Hollywood actors new faces; and places obvious charlatans such as Trump, Johnson, Berlusconi, and Bolsonaro on high thrones. Capitalism has come a long way in the last 400 years and brought advances to the world that Shakespeare could never have foreseen: as well as war, alienation, and much brutality, it has brought most of us the telephone, the motor car, the computer, and aircraft which takes us on holiday pretty cheaply. It also, when there was money to be made that way, created fortunes manufacturing the gas that made the Holocaust possible.

The search for profits has led to huge leaps forward in health care for many, if not for all, but capitalism also routinely makes billions from war; the US defence budget this year is $693,058,000,000. Most of this will end up in the pockets of private companies. Capitalism has an illegal side too: drug dealers, pimps, and people traffickers are also capitalists. Most of the more successful organised crime families transition to become ‘respectable’ capitalists within a couple of generations by successfully laundering their money and moving on from manufacturing methamphetamine to instead employ people to make and sell you attic insulation or stair-lifts or bottles of still water.

When it comes to trying to sell you things, capitalism does not care whether you are buying a set of garden furniture or a (very small ) bag of cocaine; a new washing machine or two hours with a sex worker; a semi-detached house or the surplus kidney of a child from Hunan province in China. It is all and only about the money.

Two visions - neither with any ideas

It is capitalism’s insatiable urge to turn money into more money that is destroying the planet. The political representatives of the international capitalist class are currently split between the Obama/Varadkar/Macron wing and the Trump/Bolsonaro/Danny Healy Rae wing. Both the Obama wing and the Trump wing support the Thatcher/Reagan unfettered version of capitalism that reigned triumphant from the 1980s until the financial crash of 2008.

Obama and co want to do too little, too late, and to put the onus on individuals rather than on big companies, whose activities are the primary drivers of climate change and who will be to blame if the Spanish Arch is permanently under water in 10 years time. This leads them to support policies such as carbon taxes on ordinary people and to spend a lot of time moralising about the need for us as individuals to use recyclable coffee cups and ecologically friendly light-bulbs.

'A Green New Deal for Ireland would create tens of thousands of new jobs in a State led clean energy sector. It would see major investment in public transport. It would see a Galway version of the Luas....All this is entirely doable but requires anti-capitalist measures of a kind not seen for at least 50 years'

Insider hates to break the bad news to you, Dear Reader, but it is extremely unlikely such a consumerist and piecemeal approach will undo the damage carbon-based capitalism has done to the planet since the industrial revolution. People like Leo Varadkar are not actually in favour of letting capitalism make our planet uninhabitable for humans, but are so hypnotised by the false god of the market that they are incapable of taking the necessary action.

If followed, the policies of the so-called progressive wing of the ruling class will most likely lead to the oceans slowly consuming our coastal cities, and then in the final act a gala Live Aid-style concert in a by then mostly underwater New York City - or a burnt out Los Angeles - which will be MCed by an elderly Michelle Obama and feature a 90-year-old Bono.

The Trump wing of the political class actually know that capitalism’s right to more and more money and saving the planet we live on are incompatible - and they have consciously chosen to bluff their way towards the coming walls of water and fire. Of course, when it happens they themselves plan to be somewhere else. Trump supporter and billionaire venture capitalist Peter Thiel, co-founder of PayPal and an early investor in Facebook, has bought a significant amount of property in the Pacific, in and around New Zealand, in part because he estimates that part of the world is likely to weather climate change better than most. Another tech billionaire, and former Trump adviser, Elon Musk, is looking at the possibility of moving to Mars.

Why a Green New Deal can work 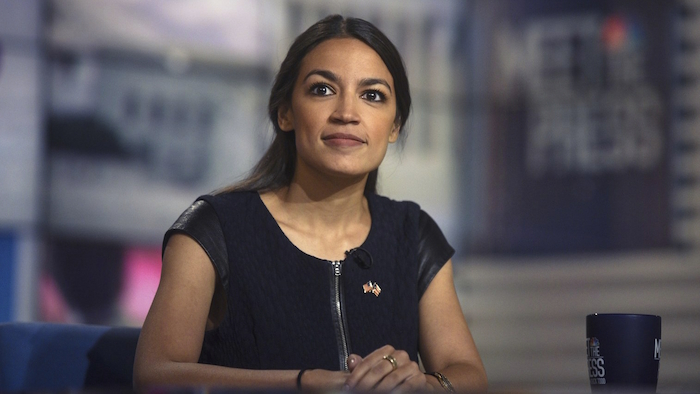 Insider thinks that both the Obama wing and the Trump wing are fantasists. The Trump fantasy may be scarier but has the advantage of being a little more amusing. Neither of these capitalist utopias is of any use to those of us who would actually like our planet to remain habitable. Hope lies in the sort of Green New Deals being proposed by Congresswoman Alexandria Ocasio-Cortez [pictured above] and the British Labour Party in its current election manifesto.

The British version involves government grants to quickly make every home in the UK energy efficient as well as massive State investment to fundamentally decarbonise the British economy. A Green New Deal in Ireland would create tens of thousands of new jobs in a State led clean energy sector. It would see major investment in public transport. It would see a Galway version of the Luas being built from Barna to Oranmore to Moycullen.

All this is entirely doable. Indeed, it is the only realistic approach, but it requires anti-capitalist measures of a kind not seen for at least 50 years. This raises fundamental questions for the Irish Green Party. Rather than supporting the sort of radical State led measures Insider has outlined, Green Party leader Eamon Ryan and MEP Ciaran Cuffe prefer to put the burden of climate change on the backs of ordinary people via carbon taxes, etc. 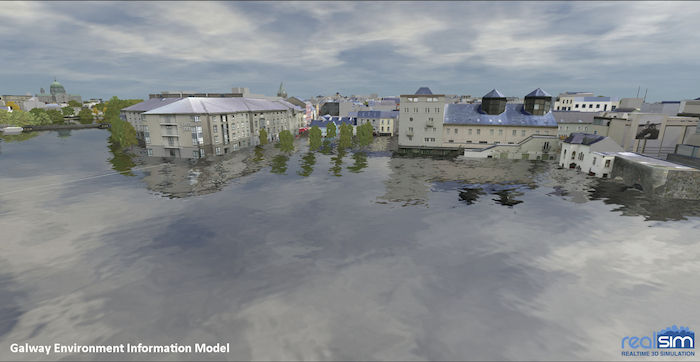 Ryan and Cuffe are also currently pretty orgasmic at the thought of going into coalition with either Fine Gael or Fianna Fáil. This is not because they are bad people but because they are guided by the mistaken belief that the problem with capitalism is that it is currently run by the wrong committee. If only they could get on to the committee, then it would all be different.

The left wing of the Greens, led by Achill Island based European election candidate Saoirse McHugh, offers a far better hope. Whereas Ryan and Cuffe are all about coalition with right wing parties, McHugh has said she would leave the Green Party were it to go down that road. She also passionately and articulately argued against such collaboration at the last Green Party conference and has shown an impressive willingness to work with those on the socialist left.

The Greens will eventually have to definitively choose between the Eamon Ryan way and the Saoirse McHugh way. Insider thinks the best hope might be if Ryan could be quietly retired from the leadership – and perhaps sold off to international investors, a market solution of which he would surely approve – to make way for McHugh who is surely Ireland’s answer to Alexandria Ocasio-Cortez, far more than Dep Ryan ever could be.