A postcard campaign, to highlight how two former US soldiers, now peace activists, have been forced to remain in Ireland for more than seven months because of strict bail conditions and the confiscation of their passports, is to be launched in Galway.

In March this year, US army veterans, Ken Mayers and Tarak Kauff, aged 82 and 77 respectively, were arrested at Shannon Airport for protesting its continued use by the American military.

Charged with damaging the airport’s security fence and trespassing, the two men, members of Veterans for Peace, were held in Limerick prison for 12 days and had their passports impounded. Still awaiting their case to come to trial, Ken and Tarak have been using their extended Irish stay to take part in other anti-war protests against American militarism and to champion Irish neutrality.

'It’s illogical to think we wouldn’t come back from America for our trial if we had our passports. We want to expose the issues and what’s going on' - Ken Mayers

As part of a wider campaign to allow the men return home to the United States in time for Christmas, Galway Alliance Against War and the MEP Clare Daly, will launch the 'Let Them Go Home For Christmas' postcard campaign in Galway this weekend.

The campaign is directed at the Minister for Justice, Charlie Flanagan, and it will urge him to overturn the decision to impound the men's passports. The passports were impounded as the authorities deemed the men a flight risk. 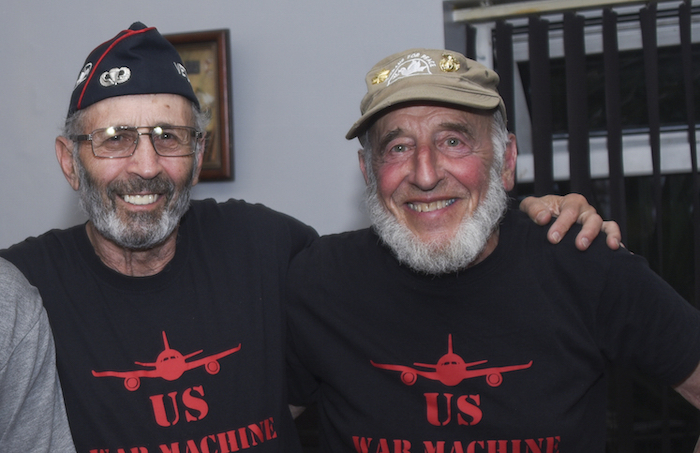 In a recent interview with the Galway Advertiser, Mr Mayers said: "It’s illogical to think we wouldn’t come back from America for our trial if we had our passports and could go home. A trial is part of the action; it is what we do to expose the issues and what’s going on."

A spokesperson for Galway Alliance Against War said: "Impounding their passports was a harsh punishment for two peace-loving, elderly men. Rest assured, they will return for their trial to prove that war is the crime.”