The scene of the Sunday morning breakfast table in Biarritz at the beginning of the recent G7 summit was a sobering one for Irish viewers. President Donald Tump and prime minister Boris Johnson, leaders of the two countries that would traditionally be considered our main allies, egging each other on in pursuit of a hard Brexit that would be detrimental to this country.

Throughout all of the Brexit convulsions of the recent past, Insider has been struck at how much of the reaction (some would say wishful thinking ) in Ireland is almost predicated on the idea that Tony Blair or John Major are still in 10 Downing Street and that Bill Clinton or the Bushes are still in charge in Washington. In reality there is a new world order, for the time being at least, epitomised by those pictures from Biarritz and Trump and Johnson are leaders prepared to take drastic steps and actions, even if they are by conventional wisdom not in their nation’s interests. Ireland needs to adapt to that new order.

Adjusting to the new reality 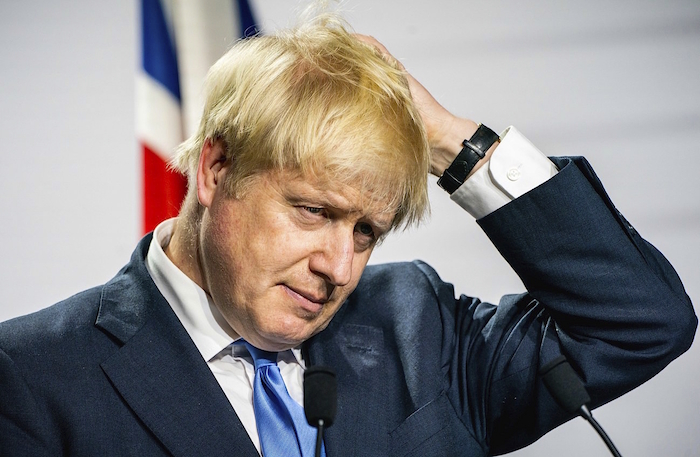 Notwithstanding the twists and turns in the process that have rendered the final outcome somewhat unpredictable, in reality Britain has been heading towards a no deal outcome for some time now. In the coming weeks things are likely to come to a head, even if that may entail another extension (surely the last one? ) and a trip to the polls. Even the deal put on the table by Boris Johnson last week, while making some concessions and potentially easing the problems with the Irish border, fits more in the category of a ‘managed’ or mitigated no-deal.

Unless the forces in parliament opposed to no deal manage to block it by putting in place some form of alternative – and despite having a small majority in parliament the odds are stacked against them – matters will reach their inevitable conclusion and Ireland in the immediate future should prepare for that no deal outcome. 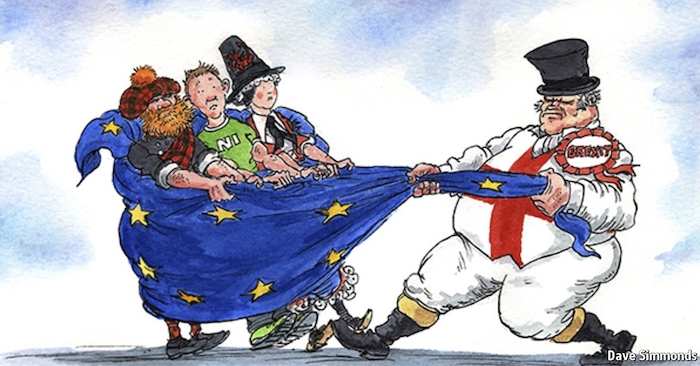 Even if the very opposite were to happen, and Britain were somehow to remain more closely aligned to, or even remain as full members of the EU, the genie is out of the bottle at this stage and the issue of EU membership would remain centre stage in British discourse, meaning the prospect of a further effort to withdraw would only ever be at most one election result, or one dispute over further EU integration, away.

'Britain’s decision to withdraw from the single market creates a real danger of Ireland getting dragged into arrangements that endanger our membership of the single market. The Irish Government is right to strongly reject these'

The bigger picture therefore is that, even if the impulses of the most reactionary Brexiteer forces are eventually resisted, Britain will be turning away from Europe to a large degree in the coming years. This creates new challenges for Ireland and we need to adapt.

Staying out of the British orbit

In the first instance, we must resist getting dragged into the British economic orbit during this process. The changes in the Irish economy since joining the old EEC in 1973 are well documented; Britain is still an important trading partner but to a far lesser degree than was the case back then. The European Single Market has been of great benefit to, and continues to be crucial for, our fortunes.

'Brexiteers crave a low-tax, low regulation, economy, that will seek to undercut its rivals. Do we really want to end up aligned to such an approach, which is also one that would leave us overly reliant on, and at the mercy of, the USA?'

Britain’s decision to withdraw from the single market creates a real danger of Ireland getting dragged into arrangements – such as those proposed by some Brexiteers of a common regulatory alignment between Ireland and Britain in order to avoid a hard border – that compromise or endanger our membership of the single market. The Irish Government is right to strongly reject these. 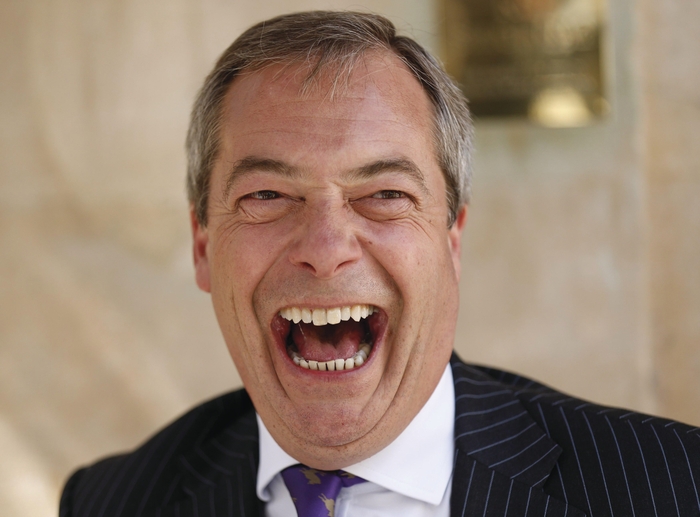 Some consideration should be given to what exactly it is the pure Brexiteers, who are trying, with some success, to wrestle control of large parts of the British agenda, have in mind. It became fashionable for a while for people to loudly proclaim they did not have any idea what they wanted to do with Brexit but the reality may be different. Home secretary Priti Patel among others, going back to well before the referendum, wrote extensively about what she feels is required; a relaxation of employment protections and obliteration of EU standards in food standards and health and safety, to ‘free’ the British economy.

'Ireland should be more open to ideas from other parts of the world, beginning with our neighbours in the rest of Europe'

While some may bristle at the suggestion of a ‘Singapore on Thames’ in reality that is what many of them crave; a low-tax, low regulation, economy, that will seek to undercut its rivals. Former prime minister Theresa May’s commitment to a ‘level playing field’ has been withdrawn by Boris Johnson, something that was lost a little amid all of the hullabaloo of recent weeks, but which has gone down like a lead balloon in Brussels as it really shows the colour of the Brits' money. Do we really want to end up aligned to such an approach, which is also one that would leave us overly reliant on, and at the mercy of, the USA?

The big questions – a global approach

There has been much talk in recent times of global warming and migration. No matter how well intentioned we may be, these are not issues that Ireland will grapple with on our own. They can only be properly addressed through a co-ordinated global approach and Ireland’s membership of the EU offers us the best prospect of doing so. In any case, does anyone seriously think that these are going to be priorities for Brexit Britain?

It has often been commented that when it comes to looking abroad, Ireland tends to focus on just Britain and the USA. This is understandable, but nevertheless, we should be more open to ideas from other parts of the world, beginning with our neighbours in the rest of Europe. This will create challenges; for example the level of competency in foreign languages in Ireland is weak. It will also take a significant change in mindset. 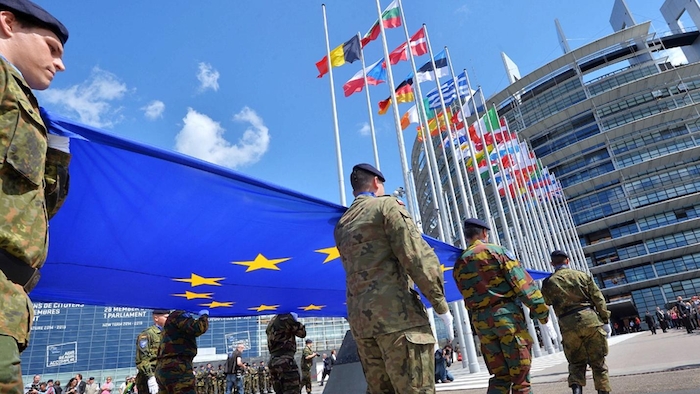 Looking more broadly at the European question, there will be challenges for Ireland that have been somewhat sidelined amid the whole Brexit saga. In recent years, during financial and economic crises across the continent, we are likely to require greater financial integration within the Eurozone. Even more controversially, we are likely to see moves towards greater military co-operation, something that is likely to come even more to the fore in the context of the US retreating in such areas. What role will Ireland play in all of this and how prepared will we be to commit to deeper integration?

We also have the challenge of the Irish border, and in a broader sense, the future of Northern Ireland. As has been well versed, the people of Northern Ireland voted to remain in the EU, and if anything, support for that position seems to have increased since then. There is however great polarisation with nationalists and those living closer to the border having concerns and positions that to a large degree are not shared by unionists living further northeast. In the short term, this will make it even more difficult to restore the political institutions and political stability to the North.

'No matter what the final outcome in Britain, it is in Ireland’s interests to look towards Europe and what role we will play in its future'

In the longer term however, how will this impact on the outlook of people there and their attitude towards Britain, Ireland, and Europe? Will the closer alignment with a Brexiteer-run Britain cause moderate unionists, and in particular younger people to look towards the Republic? Arguably the level of social and economic change in the Republic, coupled with a move in what culturally might be seen as the opposite direction in Britain could be a game-changer in this regard. 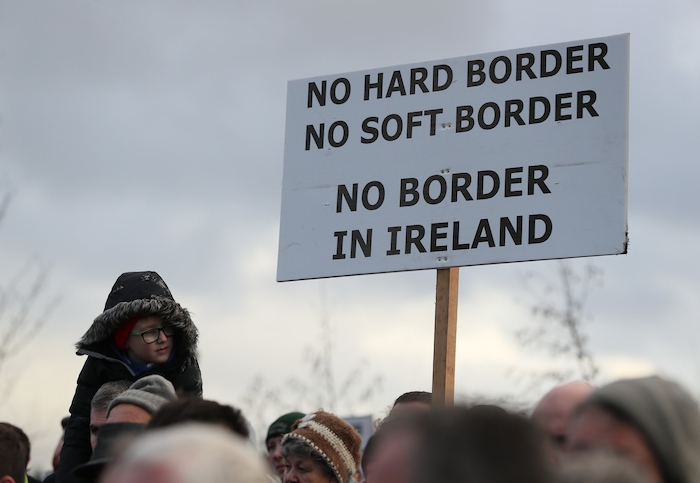 On the flip side, the more convinced unionists and pro-Brexit forces in Northern Ireland are likely to dig their heels in and use it to try to reinforce partition. The whole issue of Northern Ireland and Irish unity is a topic in itself, but for the time being, it suffices to say that it creates challenges, both practical and in terms of mindset in both parts of the island.

The past three and a half years have been convulsing. With the matter likely to be resolved in the coming weeks and months however it is time to move on and focus on the longer term picture and, no matter what the final outcome in Britain, it is in Ireland’s interests to look towards Europe and what role we will play in its future.