MUSIC FOR Galway has announced its ambitious and expansive 39th Season, unfurling its music programme for Galway 2020 European Capital of Culture, and its Bookends autumn concert series.

Music for Galway, with Galway 2020, opens and closes with the magnificent music of Beethoven. Its other main pillar events are Cellissimo - a nine day international cello festival packed with concert events in the city and county, and Paper Boat, a newly commissioned community opera to celebrate 700 years of St Nicholas' Collegiate Church.

“The scale and scope of the programme is way bigger than anything we have taken on before,” MFG director Finghin Collins tells me. “It has necessitated a growth in the organisation because it is on such a big level; it is a very ambitious programme. Mark Duley has joined as associate artistic director and Suzanne Black has joined the office.”

MFG’s musical ‘annus mirabilis’ begins with the midwinter festival, from January 17 to 19, which celebrates the 250th anniversary of Beethoven's birth. Its focus is on the composer's early solo piano and chamber works, such as his gorgeous quintet for piano and winds and his ever popular septet. Featured artists include stars like violinist Alina Ibragimova and French pianist Cédric Tiberghien. Galway's own ConTempo Quartet also feature strongly in the programme.

“We couldn’t let his anniversary go by without marking it,” Collins declares. “Most of the pieces featured will be his early music, we start early in the year so we thought let’s start with when Beethoven was a young man and full of the joys of youth and hope and the music is full of energy. We’ll also feature his Variations -and he was a master of the form - finishing with the Eroica.”

Beethoven’s music also features in Cellissimo, the exciting new cello festival that runs from April 25 to May 3 across various venues in the city, county, and islands. Cellissimo is the first edition of a major new international triennial cello festival, and its core programme features major orchestral concerts - the Irish premiere of the Crouching Tiger Concerto by Tan Dun, performed by the RTÉ National Symphony Orchestra, and conducted by the composer; and premieres of new cello concertos by Gerald Barry and Julia Wolfe, co-commissioned with the Amsterdam Cello Biennale. 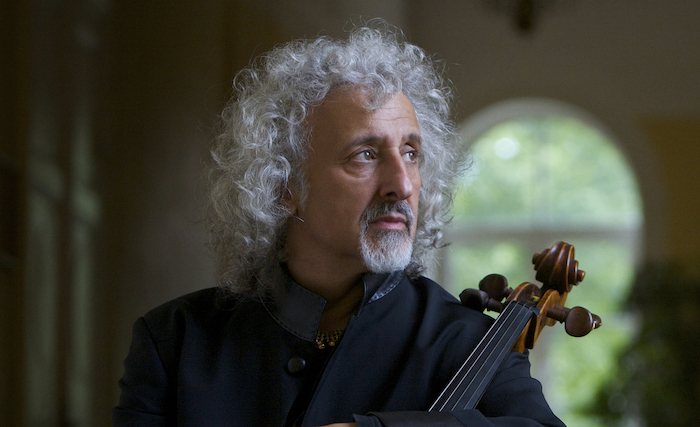 There is a marathon performance of Beethoven's five sonatas by five cellists from different corners of Europe, with pianist Finghin Collins. Bill Whelan has created a new work for the Galway Cello, which was made by luthier Kuros Torkzadeh from locally grown trees in east Galway, and based on a concept by musician Philip Fogarty.

'The opera will weave together a lot of stories connected to St Nicholas’ over the centuries. The fact that it is in the church will be memorable'

“Some people think it’s odd for me, as a pianist, to be organizing a cello festival but I think it is one of the most versatile instruments,” Collins professes. “When we did a cello event in 2015 the audience reaction was incredible; box office figures doubled and there was great enthusiasm. There are so many ways you can present the cello and it has such a large range. It can play with many other instruments and in an ensemble of four, six, or eight cellos, with orchestras or soloists, and the cello solo repertoire is incredible so there is endless scope for programming.”

“We have some of the greatest international cellists coming for the festival like Giovanni Sollima (Italy ), Istvan Vardai (Hungary ) and Mischa Maisky (Russia ) [pictured above]. The Galway Cello which we commissioned to be made from Galway wood, based on the Gore-Booth Stradivarius, will be played with a new piece commissioned by Bill Whelan. There will also be talks about it and an exhibition, its scroll is in shape of a Claddagh ring and we are very proud of it.” 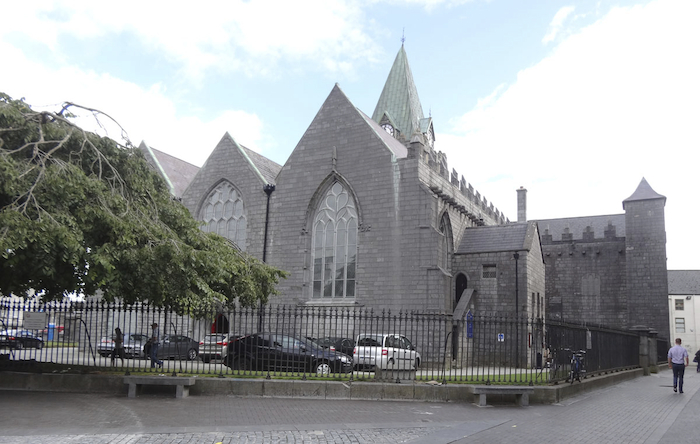 Paper Boat, a community opera made in association with Irish National Opera, is another spectacular pillar of Music for Galway's 2020 programme celebrating 700 years of St Nicholas' Collegiate Church. Running from June 11 to 13 in St Nicholas’, it was inspired by stories of the church’s role in providing safe harbour through the centuries. The libretto is by poet Jessica Traynor, with music by composer Elaine Agnew. The cast will include six professional singers, 12 professional musicians, a choir of 100 children, and a local brass band.

“Paper Boat was Mark Duley’s idea,” Finghin reveals. “The opera will weave together a lot of stories connected to St Nicholas’ over the centuries. As a community opera it will be part professional and part non professional, there will be schoolchildren from primary and secondary schools taking. It will be a very popular work and the fact that it is in the church will be memorable.”

Another exciting programme strand is the Abendmusik concert series spread throughout the year in St Nicholas’. It comprises six Sunday afternoon concerts spread throughout the year. A new choral work by Irish composers will be performed at five of the concerts. Irish Baroque Orchestra, Resurgam, Chamber Choir Ireland, Finghin Collins, English Cornett and Sackbut Ensemble, and German baritone Jochen Kupfer [pictured below] all perform in Abendmusik. 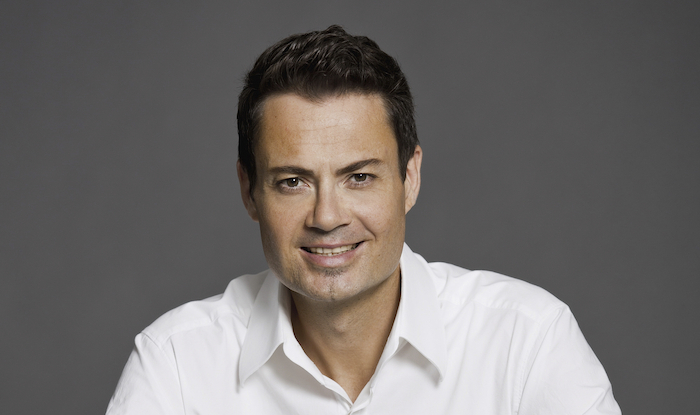 Crowning the year in spectacular fashion is a performance of Beethoven's 9th Symphony in Galway Cathedral on December 12 2020. Choirs from all over Galway city and county will join the RTÉ Concert Orchestra and a star-studded cast of soloists, under the baton of Kenneth Montgomery, to perform this work, written between 1822 and 1824 (its 'Ode To Joy' section has, since 1985, been used as the anthem of Europe ).

One of the salient aspects of the programme throughout the year is its inclusivity. As well as star performers of international renown, the MFG line up showcases Galway-based professional musicians and community singers and instrumentalists. “It is important to me that it is inclusive,” Finghin asserts. “We present music throughout the year of a high level and we bring in some of the best musicians in the world but we also want to be inclusive and the Beethoven 9th will involve nearly all the local Galway choirs.

"A capital of culture belongs to the people and they should be part of it; for the closing concert of Cellissimo for instance any amateur cellist can come along and there will be parts where they can join in. It is a nice way to grow relationships with people.”

Even before MFG uncorks its 2020 goodies, there are some treats closer to hand. Music for Galway fulfils a long-awaited artistic ambition to work collaboratively with Baboró International Arts Festival when they co-present Camille Saint-Saëns’ [pictured above] beloved Carnival of the Animals and Schubert’s Trout Quintet on Tuesday October 15 at the Town Hall Theatre. This production of Carnival of the Animals involved commissioning a child-friendly script to be performed by actor Helen Gregg.

Finghin Collins will also his first full solo recital for Music for Galway on Friday November 8 at 8pm in the Emily Anderson Concert Hall, NUI Galway. This concert, part of a national tour, celebrates 20 years since he took first prize in the prestigious Clara Haskil Competition in Switzerland.

Full details of Music For Galway’s programme can be viewed at http://musicforgalway.ie. It will be a year to savour, and never to forget.