“At the end of the storm there’s a golden sky” goes the famous song 'You’ll Never Walk Alone' and it’s an image that the official programme launch, last night, of Galway 2020 brought to mind.

After enduring months of controversy and criticism, the storm-buffeted 2020 project certainly revealed ‘golden sky’ in an impressive array of exciting events featuring many illustrious figures from home and abroad. The programme clocks in at a doughty 168 pages which gives a fair idea of just how packed it is with things to do and see.

Highlights include a visit from Margaret Atwood in March to discuss her work; artist Kari Kola’s Savage Beauty will illuminate the Connemara landscape on an epic scale; Druid Theatre’s Galway Tour will take the company to towns and villages across the county presenting classic Irish one-act plays; Branar dramatise the history of the Irish language in Sruth na Teanga; Project Baa Baa is a unique programme celebrating the contribution of sheep in Ireland and Europe; Homer’s Odyssey [a scene from which is below] will wash up on the beaches of Galway [pictured below]; Macnas will tackle the epic of Gilgamesh in a script by Marina Carr. 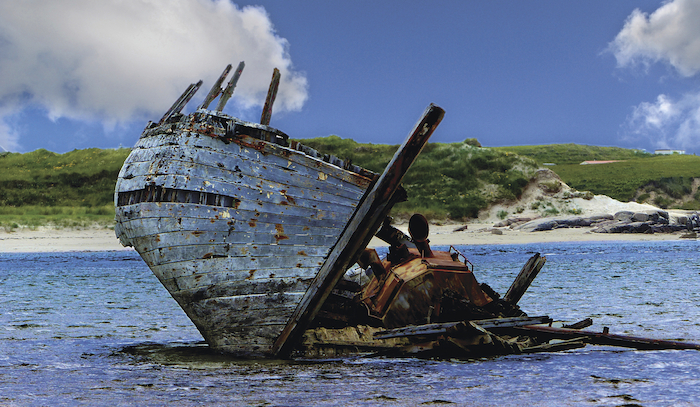 Myriad events over the year will transform the streetscapes and landscapes of Galway city and county into vibrant canvases of imagination and involve local communities not just as viewers but as participants in making the magic happen.

The 2020 programme is based around the four fire seasons of Ireland’s ancient pre-Christian calendar. It begins in February 2020, with Imbolc, which represents the start of spring with its promise of new life and new beginnings. Following a spectacular, outdoor opening ceremony, the programme will unfold throughout the year according to the Celtic seasons of Bealtaine, Lughnasa and Samhain. The core themes that run through Galway 2020 are 'Migration, Landscape, and Language 'and the various events highlight how all three resonate within a broader European context.

Ahead of the programme’s launch I spoke with Galway 2020’s creative director Helen Marriage [pictured below] and I began by asking how she felt now that the line-up about to be unveiled.

“It’s obviously been a huge rollercoaster ride,” she replies. “We came on board very late and it sometimes feels as if three years’ work was compressed into a few months, but what was great was that there was such a strong core programme which was already committed to through the bid book. That very largely came from Galway artists and arts organisations and what I’ve been asked to do is to build on that and amplify it with creative programming. 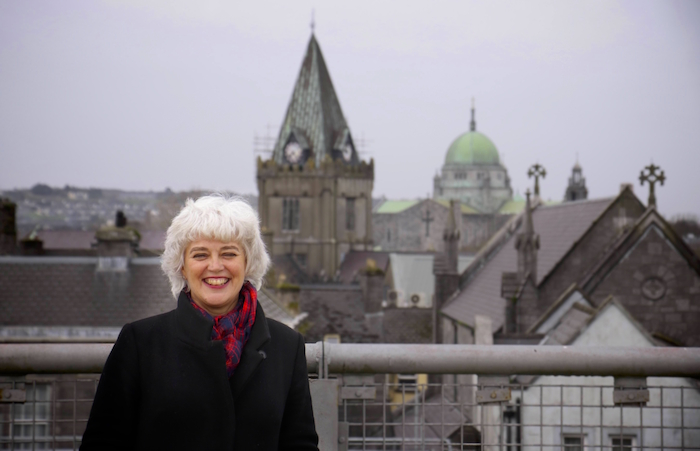 "We have amazing people coming. There is something about Galway, and Ireland, that when you talk to artists, who might be difficult to persuade to come to other places, there is a magic about this place which makes them want to come here and share their work - and they love the idea of it being perched on the edge of Europe.”

Alongside the starry names featured in the programme, many of the events have a strong community dimension. “It was really important to me that audiences and the public are involved where possible,” Marriage asserts. “You can have profound experiences when you issue invitations to people to be in something and to help something be made. Right from the opening ceremony - which will take place across the county as well as the city in February - there are opportunities for people not only to volunteer but to be in the cast. Right through the year, in various projects, we will be getting local people involved. Those kinds of things that enable people to celebrate their own identity and their own ability to be part of something are really important.”

Ireland - 'showcasing itself as a progressive European nation' 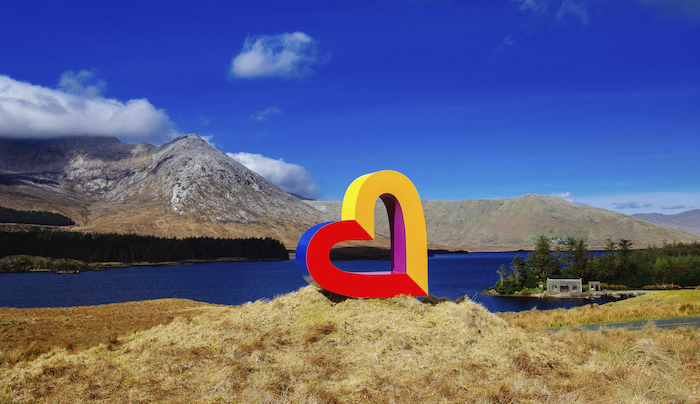 While most of the events are celebratory and joyful, in featuring themes like migration and European identity, the 2020 programme does not shy away from addressing the contentious political dimensions that arise from those.

“It would be wrong to mount a cultural programme like this in Galway, in the 21st century, and pretend that there isn’t a political curtain around the whole thing,” Marriage notes. “If you think about what being a European Capital of Culture means it is a moment when a nation, Ireland in this case, embraces the idea of showcasing its culture to the world and also showcasing itself as a progressive European nation.

"Galway has the honour of hosting that national designation but I think it would be wrong not to draw a comprehensive picture of what it means to be Irish in Europe at the moment - and it is really acute with Brexit and the impact that is having in Europe and particularly in Ireland. We just have to acknowledge that these things are part of the public debate and artists have a very brilliant way of encapsulating ideas and seeing the future so it was important to me we be as broad and encompassing as we could be in terms of the programme.”

“One of the amazing things about Galway that I’ve discovered is the multicultural make-up of the city. While the county and city are the largest area of Irish speaking in the country - and that features in our theme of language - there are also many other languages spoken here. There are Brazilians in Gort, and in the Claddagh Primary School, who we are working with, the children speak 39 different languages right in the heart of the city. 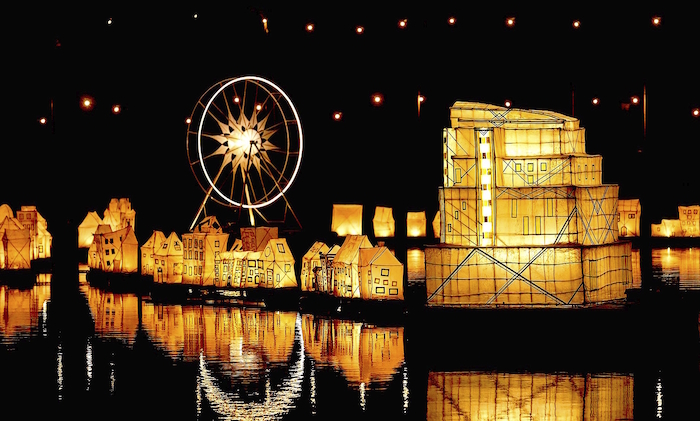 "So there are really interesting themes to explore through those ideas of language, landscape and migration that lie at the heart of the whole programme. On our migration theme for instance we have City of Light, City of Sanctuary [a scene from which is pictured above], which will be made with communities across the city, particularly working with the Claddagh Primary School in order to create this beautiful floating city of lanterns, a city of people’s dreams you could say.”

Where that event proffers an air of hope and dreams, Nighthouse Studio’s Unsung will bring solemn remembrance in a moving contemporary tribute, immersed in light and sound, to the lives of those who lived and died in countless institutions like the Bon Secours Mother and Baby Home in Tuam. It is an event which honours and acknowledges those whose voices long went unheard.

One event sure to generate interest will be Macnas’s presentation of Gilgamesh, the ancient Mesopotamian poem which is the world’s oldest piece of epic literature. “It’s a really interesting departure for them,” Marriage observes. “They are doing this piece which spans the year so there will be different moments of the story you will be able to catch throughout the year and be able to see the story played out from March through to December. It is a really interesting departure to see Macnas working in a new way for Galway 2020.” 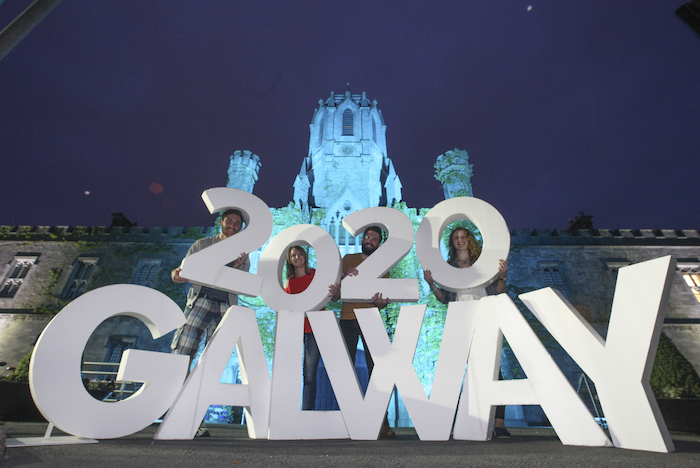 Marriage concludes our interview with these thoughts: “After all the controversy I am hoping that the launch allows people to really take pride in what is going to be an incredible year and to see that both artists locally and those coming in from across Ireland and internationally are being given a platform to explore this amazing moment in the country’s history and that all eyes should be on Galway next year and Galway itself should be really proud of that.”