Born and raised in Philadelphia to a mother born in Belfast, Susan visited Galway in 1997 during the Galway Arts Festival and forgot to leave, and like so many others, has made an invaluable contribution to the cultural life of the city. Along with her husband Kevin Higgins [pictured below], she has coordinated the Over The Edge readings series since 2003 and has run many creative writing courses during the same period.

It is not surprising, given her background, that the poems in Naked are imbued with a searing honesty. In 'In Bed With Anne Sexton' she writes:“Honesty equals chaos./Liars are tidy/and the mad walk/in muttering circles./When I tell the truth/ I don’t know what will happen./Help me Anne."

Sexton’s response is perhaps not surprising:“But you’re gone/ in morning milk-light, except for your chuckle that I feel/ beneath my ribs;/ your voice calling help yourself, honey/ Help yourself." This is precisely what Susan does, and in so doing, presents us with a wide range of poetic themes, characterised by the honesty she aspires to, and a lyrical voice, giving the poem an unexpectedly strong impact.

The short poem “Sunflower” illustrates this: “I dream a face as rounded as a girl’s/and then the petals bright like sunlit hair -/I dream a sunflower unafraid to touch/my shadowed skin, the nourishment of air.//Bury all the children underground/far from harm, sheltered by the dirt.//Stunted seeds, tucked in muck-dark beds.//Safe from you, safe from me, safe from hurt.”

Naked is not without its satire or humour. 'Ism Writers' begins with, “The world is full of ism writers/sobbing, always sobbing/ or many distant victims” and finishes with “That’s what ism writers do./ Every word they write’s correct/but not one word is true.” 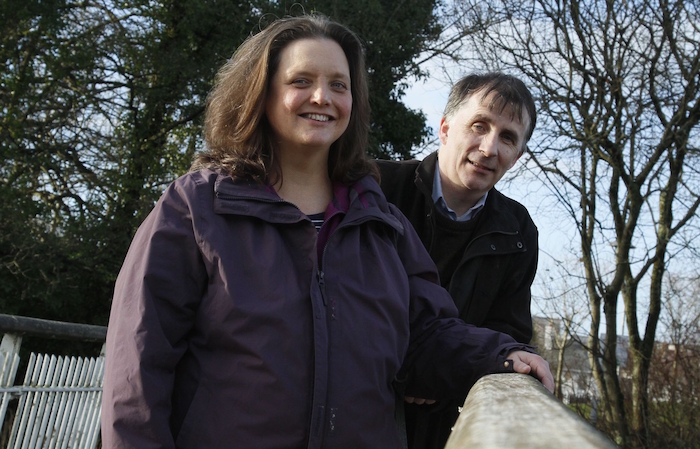 Her Northern background is mirrored in a number of poems such as 'Belfast April 1941' and 'Bobby Sands in South Philadelphia' but the most interesting relates to her grandfather, Dusty Millar, and is imbued with a sardonic sense of humour: “The story probably isn’t true.//But it’s all I have of you,/Grandad, so I retell it.//This tale passed down/of you shrugging off/a Belfast bomb/is all I’ve inherited -/that, and this thirst.”

Naked is a collection to be savoured, and if there is one poem that is an example of the poetic and lyrical power that is its hallmark, it is 'Salthill', and is worth quoting in full: “Thin bands of cloud/measure the moon -/hands on a great gold clock.//Like the tide/we retreated/and returned.//Your fingers curl/around mine, and press;/sand and water/in darkness embrace."