GALWAY GIG-goers are in for a real treat next week when the London African Gospel Choir brings its acclaimed staging of Paul Simon’s classic album Graceland to Leisureland, Salthill.

Released in 1986, Graceland was an immediate critical and commercial success. It won the Grammy Award for Album of the Year and went on to sell 16 million copies. It is often cited as one of the greatest albums of all time.

The London African Gospel Choir have headlined shows around the world and their exhilarating performance of Graceland in Galway will feature 16 members of the troupe. On the night, audiences can expect unforgettable arrangements of classic Simon songs such as ‘The Boy In The Bubble’, ‘Diamonds On The Soles Of Her Shoes’ and ‘You Can Call Me Al’ as part of an exhilarating evening of African-flavoured song, music and dance.

The choir was founded in 2003 by Crystal Kassi and, speaking from her London home, she described how they started. “I was working in skin care and as a beauty therapist in London," she says. "While doing that I was attending my local church and by going there I realised there was so much talent in our African church. The way they worship involves a lot of singing and dancing, it is very lively. My husband works in the music industry and we decided to share this experience with the world and that is how we started the choir. The very first show we ever did was sold out and the choir has grown from there.”

Over the years the choir has performed on stage and television with stars like Emeli Sandé, Mumford & Sons, Tom Jones, and Annie Lennox, while actor/director Idris Elba recruited them for an album celebrating South African music, recorded in tribute to Nelson Mandela. 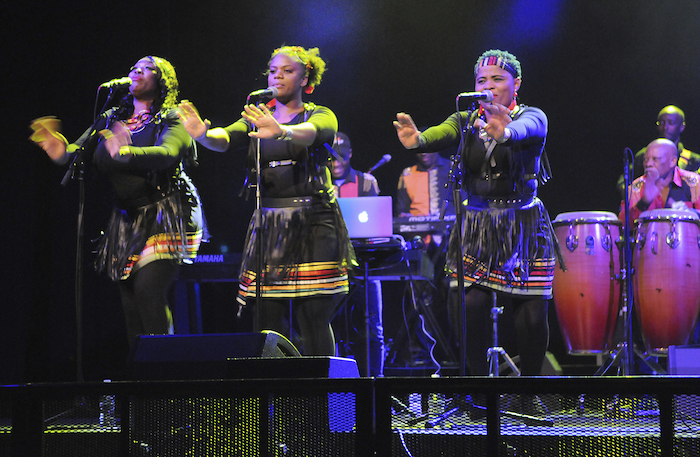 The choir members come from across Africa, its roll call of nations including Ghana, Nigeria, Zimbabwe, South Africa, Congo, Uganda, and Kenya. There are also several members from the Caribbean, while Crystal herself hails from Guadeloupe.

She reveals how the LAGC staging of Graceland came about. “Graceland is a new direction and venture for us," she says. "Two years ago we were approached by the Jazz Café in Camden to do a concert of the album. It was a very daunting prospect because it is such great music but we are willing to try anything. We were just supposed to do one concert initially but we ended up doing six days and they were all sold out. Then we started getting invites to other venues and festivals and we have been doing it regularly ever since.” 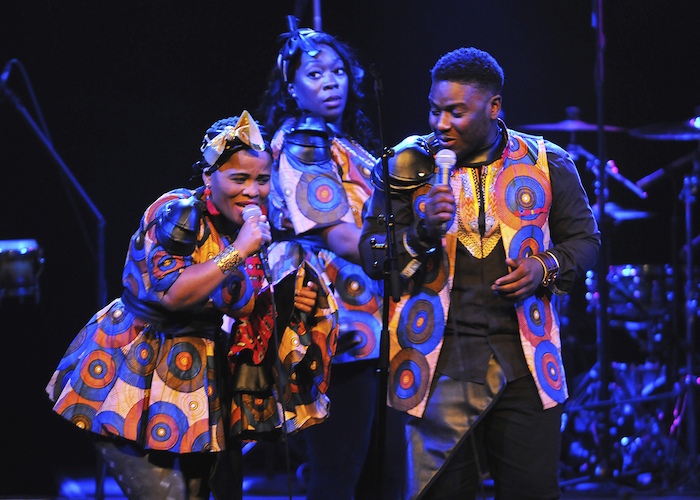 Whereas Paul Simon’s Graceland featured artistes from South Africa, the pan-African nature of LAGC gives the concert a distinctive stamp of its own. “It sounds quite different," says Crystal. "On the record most of the musicians were from South Africa, whereas we have singers from different countries like Congo who have their own style and that gives another colour to the music. You will hear the east African style of singing, west African style of singing and also of playing music. Because of the various backgrounds of the choir members, and the fact that on a lot of the songs we have different lead singers, it brings a different dynamic to the sound. We are not just copying the album.”

'People always leave the shows with happy faces, they can forget their problems when they come to our concert, it is very uplifting'

The concert does not follow the same track order as the album with LAGC saving several of the biggest hits for the gig’s rousing finale, and the evening also includes a selection of the group’s traditional repertoire. “Usually what we do is begin with half an hour or so of our own material,” Crystal tells me. “That is mostly African gospel in African languages like Zulu, Swahili, as well as English. Then the second set of the evening is the full album of Graceland.” 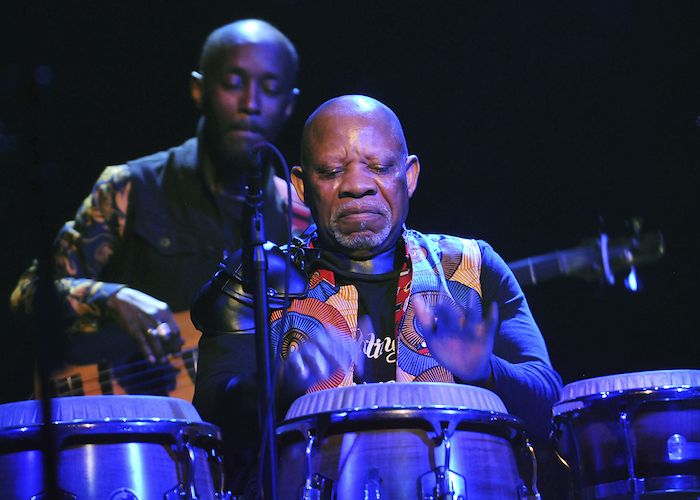 While the LAGC choir are now veterans of the festival circuit and concert stage, the rapturous roots of their church beginnings still infuses their music. “Most definitely, especially the joy, the belief and the love,” Crystal asserts. “There is a lot of positivity within the group and the shows also have a lot of positive energy. People always leave the shows with happy faces, they can forget their problems when they come to our concert, it is very uplifting.”

Interestingly, the London African Gospel Choir’s Galway performance of Graceland falls almost on the album’s birthday (it was released on August 25 1986 ). The LAGC take to the Leisureland stage at 7pm on Wednesday August 28. Tickets are €30 plus booking fee from www.roisindubh.net