"I WAS just eight years old when the Miami Showband massacre happened so it was only when I started working on the show that I realised how big the band were in their day, north and south of the border."

So declares Galway actor Enda Kilroy, who is among the cast of The Miami Showband Story, a riveting new musical play by Marie Jones and Martin Lynch, which comes to the Town Hall Theatre on Monday September 2 at 8pm.

The show takes audiences on a roller-coaster ride from the band’s heyday in the 1960s through to the terrible night in 1975 when three band members – Fran O’Toole, Brian McCoy, and Tony Geraghty - were murdered in a UVF attack on the group’s minibus. Two of the Miamis, Des Lee and Stephen Travers, survived the attack. The play then traces Des’s troubled life in the years after the massacre. Beset with survivor’s guilt, he turns to alcohol and eventually leaves Ireland for South Africa. Then one day, 25 years later, a phone call from Ireland proposes a Miami reunion and a chance of redemption is offered.

This production, directed by Ruth Carney, will be Kilroy's first appearance on a hometown stage in more than a decade. “I’m really looking forward to performing in my home town again, it has been too long!" he declares over an afternoon phone call. indeed Kilroy has something of a personal connection to the Miami Showband.

“My brother’s in-laws are from Belfast and they used to go to all their gigs," he says. "They’d follow them down to Seapoint in Galway and all around the country. They’re in their mid sixties now and the Miami were very dear to their hearts. For that generation they were a huge band – they were described as the Irish Beatles.” 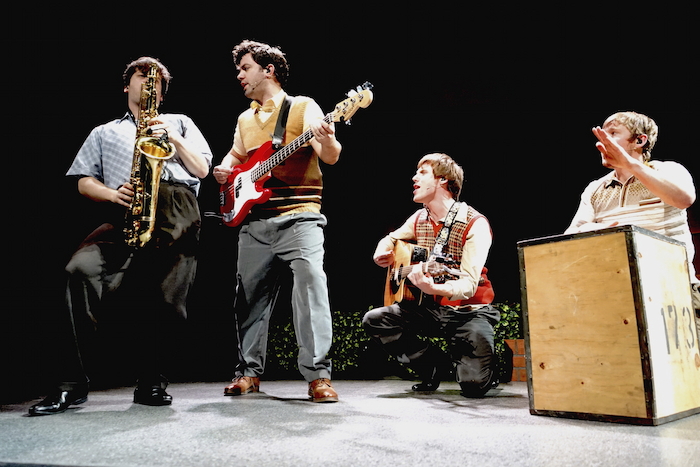 The show’s producers, GBL Productions, were intent on assembling a cast who could ‘cut the mustard’ as a live band. “The main difficulty in casting the show was to find actors who could sing and play instruments rather than musicians who could act,” Kilroy explains. “They auditioned a huge number of people in Ireland and UK and eventually got the band together. The actors in the band rehearsed incredibly hard and they are amazing; they are a very tight outfit.”

That hard work paid dividends in the exuberant response the show has inspired, with audiences often singing along to the band’s hits and dancing in the aisles. “It’s like a cross between a play and a tribute gig,” Kilroy declares with a mixture of admiration and disbelief. “A large number of the old fans have been coming to the show and when the songs are playing they’re leaping up and singing and dancing and waving their hands and shouting up ‘Spit on me, Dickie’ and wolf-whistling the Fran O’Toole character. There is a suspension of disbelief beyond which I am normally used to when doing a play. There is a kind of abandon among the audience which is fantastic.” 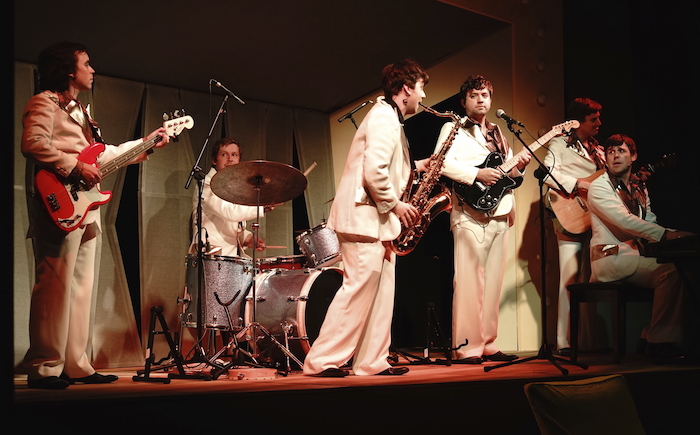 Nor are the audiences confined to those silver-haired fans who used to watch the band in the 1960s. “There are also younger people coming as well,” Kilroy notes. “They would have very little knowledge of the Miami but these are good pop songs. The band had six number one hits and some of them are terrific, and younger people are enjoying discovering them. Notwithstanding the tragedy I think it is time for a reappraisal of the Miami within the musical history of Ireland. Most showbands were doing cover versions but the Miami, after Dickie Rock left, were writing original songs and were becoming artists rather than a covers band.”

'Like The Beatles, they grew up in the skiffle era'

Miami survivor Des Lee consulted extensively with writers Marie Jones and Martin Lynch as they were writing the script. “We all met Des on the first day of rehearsals,” Kilroy recalls. “He gave a very moving speech about how every day he thinks of Fran because the two of them were very close. He has been at the show every night and he played Miami songs in the Belfast Opera House bar after the show there; he is totally chuffed with the whole thing. 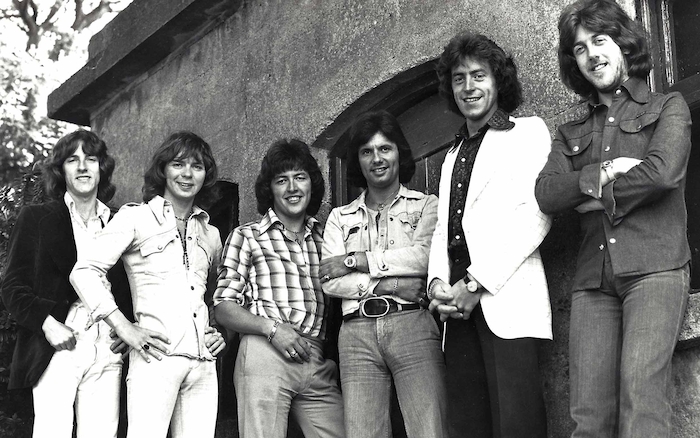 "The man’s life was radically altered by those events. He struggled with depression and alcohol in the years after and he is open about that. The play has helped him a lot; the only time he and Stephen Travers would get phone calls about the band was on the anniversary of the murders. So to introduce the band and their music to a new generation and to revisit those days has been important for him. I think it also important for Irish music history to look at the whole story and remember that they weren’t just about the tragedy, they were also hit-makers and they brought Protestants and Catholics together in the dancehalls, the band themselves included both Protestants and Catholics.”

Kilroy [pictured below] gives an outline of the show’s content and how it traces the Miami story. “The first half begins with the band first coming together," he says. "Like The Beatles, they grew up in the skiffle era. Then we get to Dickie Rock and the Miami and their manager Tom Doherty (who I play ) and they become a huge hit after being in the Eurovision in 1966. We are left on a high at the end of Act One. Act Two begins with the formation of the version of the Miami who were murdered. 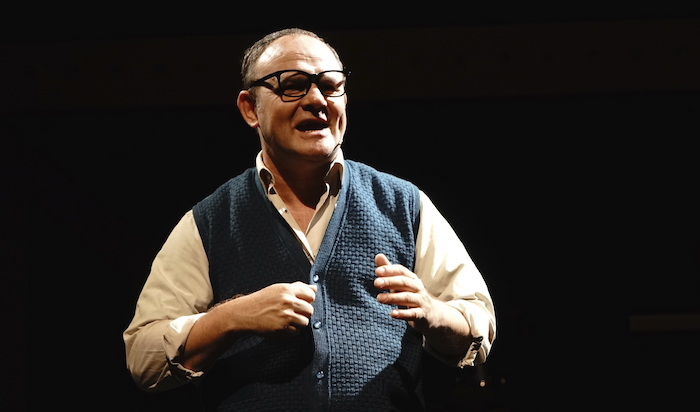 "The writers Martin and Marie do a very good job; they very subtly foreshadow what’s coming, and it settles the audience so when the time of the atrocity occurs they are with the drama then, they have been gradually ‘walked out of’ the earlier fun and dancing and you can hear a pin drop. While the play revisits the atrocity it also conveys a lot of the joy and fun and togetherness of the band and their music. It looks at the personal fall-out in Des’s life then at the very end we go through a medley of the band’s hits so that gets people up dancing again and sends them home on a high.”