‘A hopeful tale of heroin, hooking and happiness’ is the arresting strap-line that goes with Runaway Princess, Mary Goggin’s candid, and multiple award-winning, show about her early years as a drug addict and prostitute and how she overcame them to become a successful actress.

In her skilful and absorbing telling, it is a tale laced with humour and pathos, pain and joy, and next week she brings it to Ireland for the first time, as part of the Galway Fringe Festival.

Mary was born in Brooklyn to Irish emigrants – her mother was from Mayo and her father from Cork. By her early teens she had already started using heroin and her parents twice sent her back to Ireland to go to school here. “I went to Glasnevin first and then to Roscarbery in Cork,” she tells me, speaking from her New York home. “My parents didn’t know what to do with me, I was uncontrollable so they sent me back to Ireland. They figured the nuns would straighten me out. I think my mother thought that if she got me out of that environment that it might help. 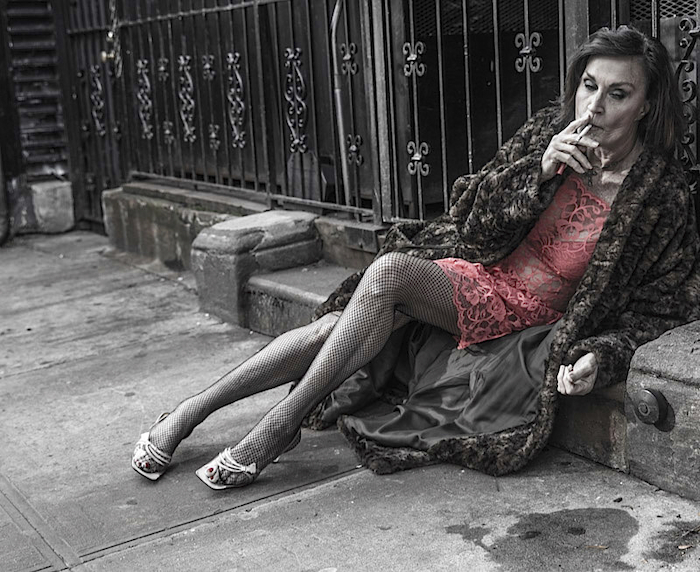 "I wasn’t very happy in Glasnevin but Roscarbery I loved. I loved the excellent education there, I had French and elocution and Shakespeare, and the Convent of Mercy is a beautiful location, you come across the causeway and it’s way up on a hill. I first came here when my mother found out I was shooting dope when I was 12 or 13 – I tell the story in the show. Then I came back to the US and she sent me back to Ireland again because I started using drugs again.”

I ask Mary was there anything in particular that propelled her into drug use. “I believe I had a great spirit that was misdirected,” she replies. “My parents wanted me to be something stable and my mother’s biggest fear was that I was going to get pregnant, there was nothing worse than being an unwed mother in Ireland. Funnily, a friend who went to school with me came to see the show a couple of months ago and she said afterwards, ‘I thought you were pregnant and that’s why you they sent you to Ireland.' I truly believe kids need to be listened to. If they have anxieties or are going through stuff it is not about doing something to them to make them change but parents should listen to them and hear what is going on.”

'I always get cast as rich women or upscale politician types; to look at me you would never guess about my past. The message is if you look at somebody you don’t know, you don’t know where they have been'

Mary proffers an anecdote that illustrates her headstrong youthful spirit. “I wanted skates but my mother refused to buy me them," she says, "so I stole a pair of hockey skates and stuffed them with newspaper and went out skating and I fell through the ice and some guy saved me and brought me home. Then my mother got me skates. As a kid I wanted to be an ice skater and as adults we go back to our childhood because that’s where the joy is and that’s what the show is about, because I live in joy today. I have had the most amazing life.”

Her teenage heroin use led Mary into becoming a prostitute to finance her drug habit; “Being a call girl is all about the money,” she states frankly. “A shrink once told me it was a massive response to sexual repression but I don’t know about that. I was so out of my body it didn’t really matter what happened to it. That is one thing about doing heroin or speed; you are totally in denial of your body and you want to fill that hole, you want to be numb. It didn’t matter what I did because drugs numbed it, but my main thing was to get money for more drugs. Another thing that I talk about in the show is that I had a lot of regulars for a while and the same guys come every week and they tell you their problems and I felt like I was helping people if that makes any sense!”

It was Mary’s love of her daughter that inspired her to tackle and beat her addictions and demons. “She was nine when I got sober and I had given her up twice," she says. "I had left her alone in a crib to go out and get booze and it didn’t even matter to me at the time even though I love this kid to death. She is the best thing that ever happened to me, but at that point I needed to get something inside of me to stop feeling. My biggest fear was what would I do if I stopped drinking, I would be in my skin with no medication and how could I live in my own skin. One day I looked at her and thought, 'How can I do this to this child?’ I decided then I was just done with drugs, I was going to do what I was told as regards following a recovery programme. That was it, it is now 31 years later and she is amazing.” 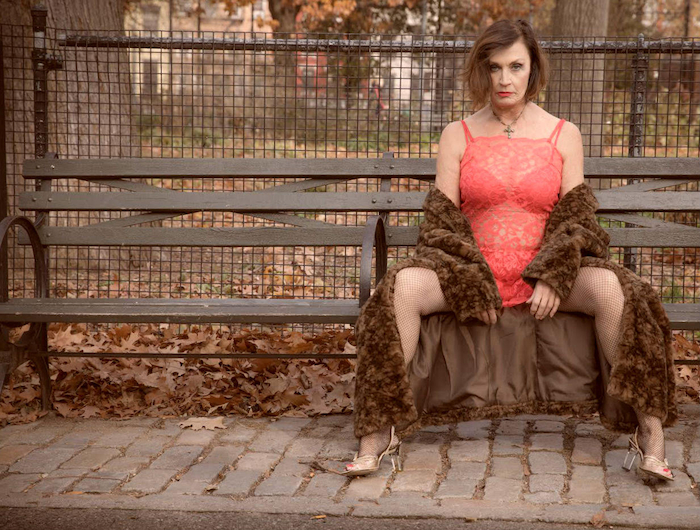 Soon after getting sober Mary had a meeting with a nun that opened the door to her becoming an actor. “When I was sober a year I met a nun on a retreat for recovering alcoholics," she says. "I was in her office and out of nowhere she asked ‘Are you an actress?’ and I said ‘I wish!’ I suddenly realised that really was what I wished. I started doing community theatre and then I got my Equity card by 1999, and I haven’t had a non-acting job since then.”

Given Mary’s show details her years as a hooker and drug addict, I ask whether she ever feels awkward about her daughter’s friends, or other social acquaintances, knowing about that side of her life. “I have always been really open about it because I don’t want to have any secrets anymore,” she tells me. “My daughter saw me drunk so why wouldn’t she see me sober? For a while, when she was little, she didn’t share that with her friends but now any of her friends who come to see the show they are laughing and crying like everyone else. The show goes through all the feelings; laughing, crying, then realising there is hope.

“The other thing I’d like people to take from the show is not to judge somebody,” Mary concludes. “I always get cast as rich women or upscale politician types; to look at me you would never guess about my past. The message is if you look at somebody you don’t know, you don’t know where they have been.”

Runaway Princess is at the Loft, Seven Bridge Street, from Tuesday July 23, to Sunday 28th, at 3pm daily. Tickets are €12/10. See www.galwayfringe.ie