For most people, retirement brings thoughts of putting one’s feet up and forgetting the stresses and strains of work. Not so retired rugby player Damian Browne. Since hanging up his boots four years ago the Galwayman has taken on a series of extreme endurance challenges that make the bruising world of professional rugby seem like a walk in the park.

In 2016 he ran the six-day, 257km Marathon des Sables across the Sahara. Next, he rowed solo across the Atlantic Ocean, from the Canary Islands to Antigua, as part of the Talisker Whiskey Atlantic Challenge. He has now embarked on his latest adventure; scaling the highest mountains on all seven continents between July 2018 and May 2020.

Last year Damian scaled Mount Elbrus, Europe's highest peak and, in January this year, he conquered Aconcagua in the Andes. Next up is America’s Mount Denali which he tackles next month. Before he set off for Alaska, Damian sat down with me to talk about his time in rugby and the fierce drive that still propels him to test himself to the limit in gruelling physical challenges. Remarkably, the seeds of his 16-year rugby career and ongoing extreme endurance adventures were sown by his failure to make the Bish rugby team when he was in school. 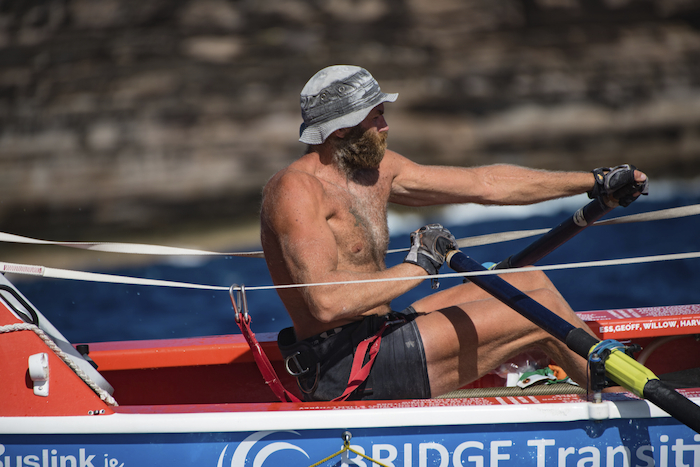 “I first discovered the rewards of pushing myself when I was 17,” he begins. “I was in fifth year in the Bish and I loved rugby but I hadn’t made the team for the whole year and I was unfit. I decided I’d sort that out and I went up to Galwegians at night-time just running laps. At first I’d only manage two and a half laps then have to stop but I persevered and I remember the rewards of that. I started playing better rugby and two years later I signed my first professional contract, with Connacht.”

Rugby further developed Damian’s urge to push himself to the utmost. “Going into professional rugby, firstly you have to be able to push yourself, but you are also pushed by the environment, by coaches, by other players trying to take your position, by the strength conditioning staff, by the physios. Sometimes you don’t like it, other times it works out well for you. There again I got the association of being rewarded for the effort. I began to push myself harder and harder. When I came out of rugby I had a clear idea that I wanted to explore these adventures and challenges and a lot of it comes back to what I get back from doing them.” 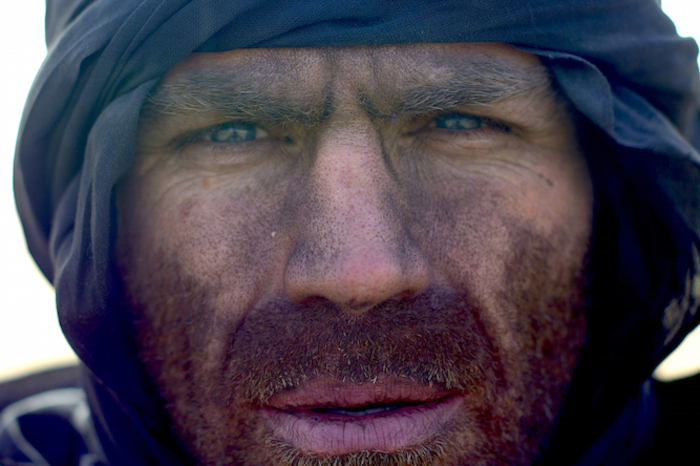 Having debuted with Connacht in 2001, Damian went on to play for Northampton, Leinster, and the French clubs Brives and Oyonnax. “It’s a very different game now from when I started,” he observes. “I remember playing in front of 400/500 people in the Sportsground in some matches, and half of those were travelling supporters. Now Connacht regularly get 5,000-7,000 there. There has been a big shift in the way rugby is seen.

"A lot of that is down to the success that the country and the provinces have had and the game has become more easy on the eye as well and gets more coverage. My journey was a bit like me, I was curious, that’s why I left Connacht and went to England – I wanted to experience something different -and also why I ended up in France. I’d always enjoyed going to France to play in European games and I wanted to know what it would be like to play in that league because it has a reputation for being tough so I wanted to see could I handle it. Rugby was a fruitful part of my life and it made me what I am.”

'Everything started to go wrong. Physically, seasickness hit me really hard. Calluses on my hands tore, my feet blistered, my lower limbs all went into spasm and, bizarrely, I had my antagonistic muscles cramping...'

Damian suffered several injury layoffs in his career that required strong willpower to overcome; “Injury and loss of form are the hardest parts of professional sport, particularly with injuries where you are not moving forward consistently,” he states. “At least if you are making progress you can see a light at the end of the tunnel. But when you are moving forward and then backwards, which I experienced with one particular injury. That was really hard psychologically.

"You just try to persevere; you rely on how important it is for you to get back fit, how much work you’re putting in, making the right decisions for the injury - you try and control all those things. I needed complete reconstruction on my shoulder which is normally a four/five month injury but it took me eight months to get back from it. I was 33 and there were times then when I thought this might be it, it wasn’t looking good. I was in constant pain and found it hard to sleep at night and had nerve pain down my arm. But I wasn’t ready to finish and so I persevered. I had no set process or skill or strategy, just the pure will to overcome it.” 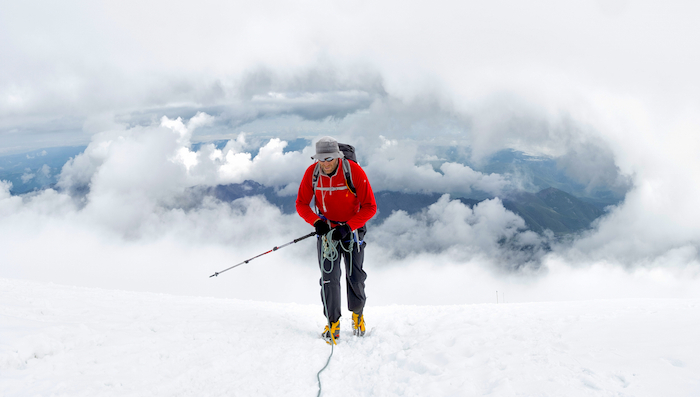 Having spent his career in a team sport it is striking that Damian’s challenge are all solo ventures. Is he finally indulging the individualism he had to suppress as a player?; “Definitely!” he replies with a laugh. “I knew how to be a good team member so I now wanted now to do something for myself; to get the rewards that come from that and the accolades, to be honest. As part of a team, especially in my position as a lock, you tend to be hidden and it is not very glamorous. I wanted to take full responsibility for everything involved, my training and preparation – I love all that - and then taking on the challenges.”

'I am excited now about going to Denali in June but the major challenge is the very last one; Mount Everest'

Given the extreme nature of those challenges, were there any moments when Damian felt he might not be able to complete them? “Day 1 of the Atlantic Row was a nightmare,” he admits.

“Everything started to go wrong. Physically, seasickness hit me really hard. Calluses on my hands tore, my feet blistered, my lower limbs all went into spasm and, bizarrely, I had my antagonistic muscles cramping. Then the wind shifted to the front of the boat and started blowing me back to the islands. I was in absolute inner turmoil but I got through it. I asked myself three questions: what are you here to do? - row the Atlantic; how do you that? – you row; what good is feeling sorry for yourself? So I rowed for seven hours straight and I only made four miles, I rowed another seven hours and made six miles.

"When I was in the middle of the ocean with the wind behind me I could make 50 miles in that time. At 6pm that night the winds finally shifted behind me. Asking myself those questions brought control back to me in the situation and then working through it saved my race. A couple of other boats were pulled back to the islands because they didn’t do that. For me the two components of mental strength are awareness and concentration.” 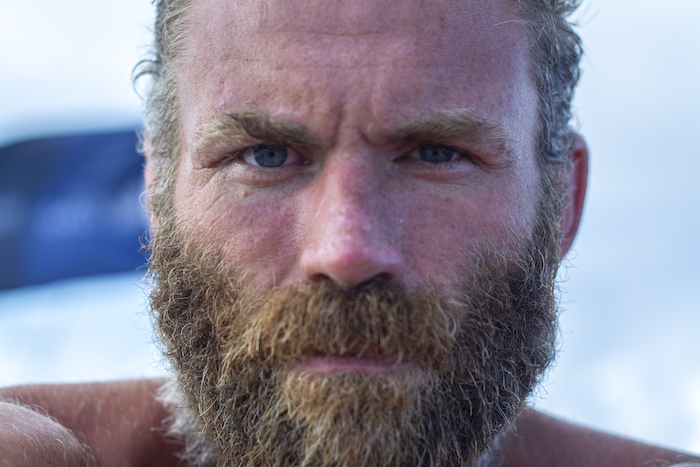 Damian is relishing his latest epic undertaking; “I was worried at first about Aconcagua because it is nearly 7,000 metres and I hadn’t been to that height,” he tells me. “I’ve had altitude sickness in the past so I was anxious about that but it went well and I didn’t have any symptoms and that has given me confidence going forward. I am excited now about going to Denali in June but the major challenge is the very last one; Mount Everest.”

Tackling Everest and Vinson, in Antarctica, will require substantial funding as well as physical preparation and Damian is hoping to attract a sponsor for the project. “I managed the first few summits myself financially but the final two, Everest and Vinson, I absolutely couldn’t, you are talking €50,000 each. Hopefully over the next year I can bring in some good sponsors and make that happen. I try to make it a mutually beneficial arrangement where I add the value that I think I can bring to the brand, and mine is in my speaking and content I can send from places that most people can’t get to and that might be attractive to certain companies.”

For more information on Damian’s travels and adventures or to look at becoming a corporate sponsor check out http://damianbrowne.com