FINALLY WE are at the end of Marvel's incredibly ambitious film saga - 22 films, several TV shows, lots of toys and comics, so much money made, and now comes Avengers: Endgame, a direct sequel to last year's Avengers: Infinity War.

Infinity War was a cracking superhero movie, but Endgame is different, dealing with the ramifications of Infinity War where Thanos turned half of all living things in the universe into dust. It is a genuinely nuanced look at internal reckoning, with our heroes dealing with, quite badly as it turns out, the consequences of that war.

Thor is a drunk, Captain America is running a support group for those who lost people. This is the first time in the Marvel movies we have seen consequence. It works in this fantastical setting due to the quality of actor Marvel can attract, with eight Oscar winners included in the cast.

Returning directors The Russo Brothers are at the helm and while it sounds unfair to say they are on auto pilot, they know exactly what they are doing having also directed the Captain America films Winter Solider and Civil War. This is also a well scripted film by the writing duo Markus and McFeely, I probably laughed more in this than I did in any comedy this year. Yet they manage to make the movie work on several levels, not just the comedy. It is just overflowing with pathos. With the range of emotions I felt watching this movie, I could just have reviewed it with lines of emojis.

'This is an ‘Event’ movie, one to be seen in the cinema with a packed house'

I also did not realise how close my emotional connection with these characters was. When one character I was not expecting to see shows up, I genuinely got a tear in my eye, while a death scene had me wiping more away. Another moment had me almost out of my chair cheering. 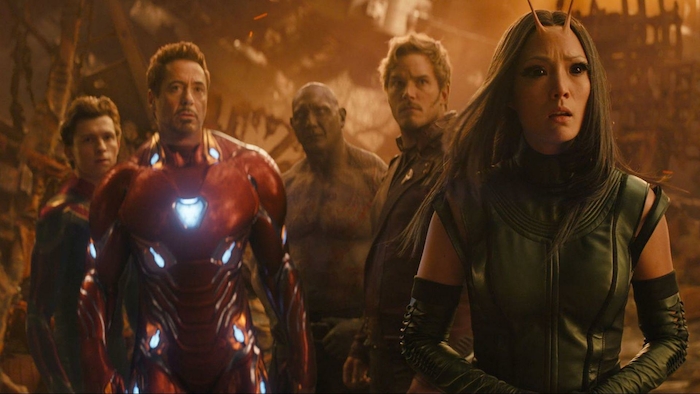 This is an ‘Event’ movie, one to be seen in the cinema with a packed house, and it is well on its way to smashing Avatars record of biggest box office of all time - it is also a far more worthy film to hold that title.

Marvel’s film adventure is not over, it would be financially irresponsible for Disney not to continue with the Marvel universe. There will be a return to Wakanda, an exploration of the universe with Captain Marvel, and we will see the fallout of the character deaths in Endgame. I am interested to see where they go, but I would also be content to never see another Marvel movie. That is not an indictment. How often are you so satisfied by a film or book that you do not want more, instead you just want to digest what you have been given. The only other time I can think of was the final Harry Potter book and I found Endgame as satisfying as The Deathly Hallows. From me that is very highest of praise.