When one buys a video game nowadays, it is accepted as a given that the standard of story line will be equivalent to a motion picture with graphics as good as real life. Back in the nineties, this was not the case as games like the timeless Super Mario and Crash Bandicoot were bundles of fun but lacked any depth or story.

The N64's The Legend of Zelda: Ocarina of Time however, did not subscribe to those simpler time and simpler games as Nintendo's Entertainment Analysis and Development (EAD ) division created what many publications rank as the greatest video game of all year.

Everything. Ocarina of Time for the N64 is my favourite game ever so prepare yourselves for a great big love-in. The game was the fifth instalment of the Zelda series by Nintendo but the first where 3D graphics were used. Played from a third person perspective, the gamer controls the main character Link who fights his way through various quests and challenges to save Princess Zelda from the evil thief Ganondorf. Although the story line is a very simple premise, the epic adventure players must go through to reach the showdown with Ganondorf and then Ganon leads them into every possible scenario and setting from a deep magical forest, a haunted desert, to a volcano and even travel through time.

The landscapes and scenery are hugely impressive. There is even a concept of time as day changes to night and weather conditions can see bursts of rain come out of nowhere. The graphics are outstanding considering the time of when the game was released. 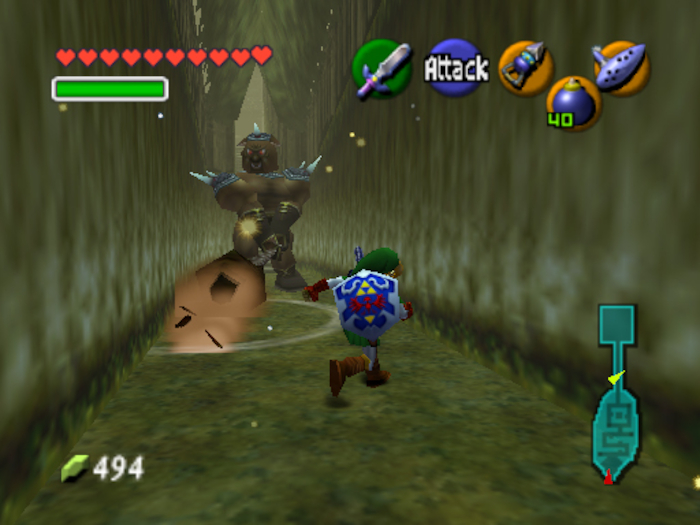 Game time average is 30 hours but do not be surprised if you find yourself pushing 80 hours on this title. There is just so much to do. The game has so many intricacies like side quests, puzzles, and games that Nintendo brought out a player guide to help gamers find their way through it. My favourite challenge is taking on the bosses who dominate their corners of Hyrule; big, angry, monsters who want to burn you alive, crush you, or simply eat you. Challenging these big guys will test a gamer's ability on the N64 controller but defeating them gives you a sense of achievement that you will not garner from other games.

The gameplay sees the iconic N64's controller put to its full use as players jump, climb, swim, ride horses, and fight their way through the Kingdom of Hyrule. The number of weapons and gadgets that Link has access to are is plentiful. The sword and shield are ever presents but players can also use bombs, slingshots, and bow and arrow to defeat enemies.

One aspect of the game which really stands out for me is the soundtrack and sound effects that accompanies Ocarina of Time. The sound effects really make the game feel alive from the howling of the wind to smacking your sword against a rock; the sound effects are just brilliant. The melodies Kojj Kondo composed are just superb. Every area in the Kingdom of Hyrule has its own music. Even the gamer has to learn to play an ocarina to successfully complete quests. So good are the symphonies in the game that there is a 66 piece orchestra that has toured the world performing them. 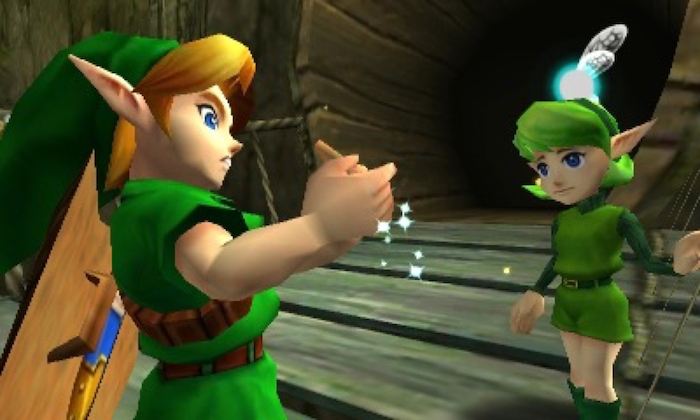 I loved everything. For sure Navi, Link's fairy, who guides him and players throughout the game is very annoying but she means well.

The Legend of Zelda: Ocarina of Time was a true masterpiece for its time and in my opinion still unmatched for story line and when it comes to diversity and variety for action and challenges. Simply put, the best game I have ever played.