NUI Galway recently held its annual Alumni Awards and among the recipients was eminent lawyer and jurist, Grainne McMorrow, who was honoured for her achievements in the field of law, public policy, and government – a category sponsored by Ronan Daly Jermyn.

Grainne is a senior counsel, adjunct professor of law, and one of two Irish representatives on the prestigious Council of Europe Venice Commission for the Protection of Democracy through Law. As an international human rights lawyer and jurist, her significant contribution to the vital work of many NGOs concerned with refugees, poverty, homelessness, mental health, racism, and prison conditions is hugely valued.

Grainne grew up in Salthill, where her family had a B&B, as the seventh of eight children, and the youngest of six girls. She attended St Ita’s National School and Salerno Secondary School before going on to study law at UCG, as it then was, where she also served as president of the Students’ Union in 1978-79. 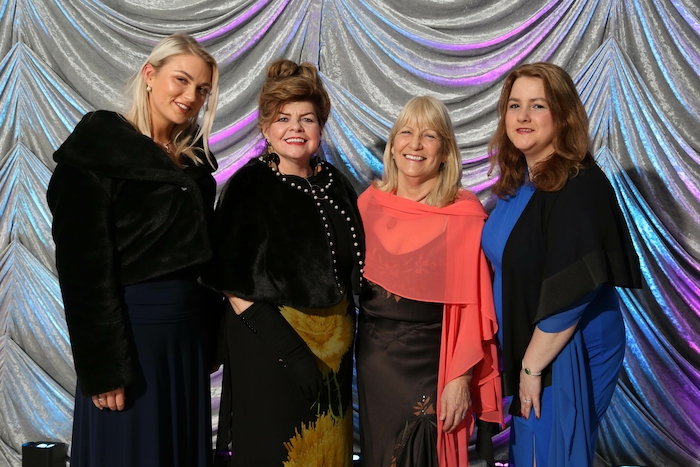 On the day after the Alumni Award ceremony, she sat down with me to reflect on key aspects of her career and life to date, beginning with the influence of her parents. “My father was from Leitrim and grew up on a small farm," she tells me. "He grew up in poverty but still had a great love of learning and books and an ambition that his children would have better opportunities in education. My mother came from a large family in the Erris peninsula of Mayo and trained as a paediatric nurse in London during the war. She came back to Ireland where she met Dad and they married.

“Dad was a travelling rep for Singer Sewing Machine and covered the whole west coast. One of the joys of my childhood was in the summer he would take me on these trips and we’d visit small farms, businesses, convents and all kinds of places because every house back then had a Singer sewing machine. Dad was very empathetic and would share his perceptions with me; he was distressed by abject poverty and the maltreatment, through ignorance, of children with disabilities. He saw handicapped kids who were chained up on farms –in the misguided view that they were being protected.

'People with mental health problems, when they get involved in criminality, are not well looked after by the system and when I was starting out there wasn’t much willingness to divert them into care settings'

"I remember him in tears sometimes about things he had seen. My mother was the same and adored children and believed strongly in child protection. Dad was also totally anti-racist; I remember him saying that to discriminate against someone because of the colour of their skin was like discriminating against them because of the colour of their eyes. He hated unfairness and that drove a lot of my own instincts. All of us kids were able to pursue third level education by dint of our parents’ ambitions for us and the sacrifices they made. We were all inspired to do work that was socially useful, and in my legal career I have tended to concentrate on the social work aspect of law, it is what I am passionate about.”

As president of the Students’ Union, Grainne was prominent in various campaigns on social justice and equality issues and she readily cites college lecturers of her day like Michael D Higgins, Leonard Silke, and human rights professor Kevin Boyle, as inspiring influences. 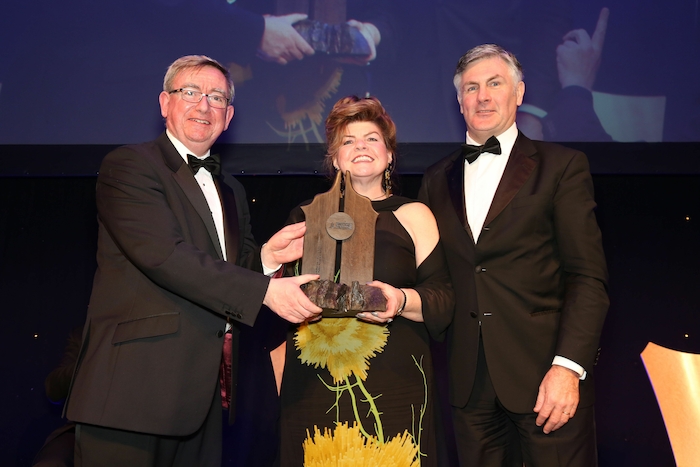 Grainne got her LLB in 1983 and she outlines the direction she chose to follow as she embarked on her legal career: “What appealed to me about law was that you might be able to fix things. I loved the idea of remedies and listening to people and attempting to address their problems using the law. My career has been dominated by criminal defence work and I developed a niche in dealing with cases that had a psychiatric dimension such as arson, and some murder/manslaughter cases for example.

"People with mental health problems, when they get involved in criminality, are not well looked after by the system and when I was starting out there wasn’t much willingness to divert them into care settings. I always felt there was an incomplete understanding of attributing culpability. I wanted to be part of that and was involved early on in advocating for court diversion schemes.”

The law has improved in this regard over the past number of years. “It is relatively recently we introduced the statute that recognises diminished responsibility,” Grainne notes. “Previously we had very blunt approaches to criminality. Criminality involves capacity and culpability, which serious mental health issues deprives people of, so you cannot attribute full culpability to someone for their actions while psychotic, it is unfair. There were other issues; people with mental health problems used to be locked up without solid legal basis, and it was only in 2004 that they got the right to challenge such detention.”

A founder member of the Irish Women Lawyers Association, Grainne has also seen a big improvement in the profile of women within the legal profession since she first started out; “It has changed utterly and there are now probably more women than men in the courses to become barrister. When we founded the Irish Women Law Association it was needed. There was a pre-existing ‘boys club’ among the men and there were so few of us women and we didn’t have those support systems. In fairness, when I went to the bar I couldn’t have achieved anything without my male colleagues, though there was a gender bias. I blunted my antennae and just put one foot in front of the other and kept going and tried not to be discouraged, though there were plenty of days when I was.”

Grainne spent several years in London, in the chambers of Lord Anthony Gifford, who represented Paul Hill of the Guildford Four and Gerry Hunter of the Birmingham Six in their appeal hearings. “He was fabulous to work with and passionate about social justice and human rights,” she recalls.

Though her legal career has enjoyed many notable achievements, both at home and abroad, those cases are not the ones Grainne takes greatest pride in; “It’s amazing how transformative listening to people is if you truly listen and, if you are asked, you can maybe steer them to discover their own power in any given situation,” she observes. “The work I am most proud of is in those small interventions; I can give a list of my high profile cases but it is actually in the small interpersonal relationships that you can make a difference.” 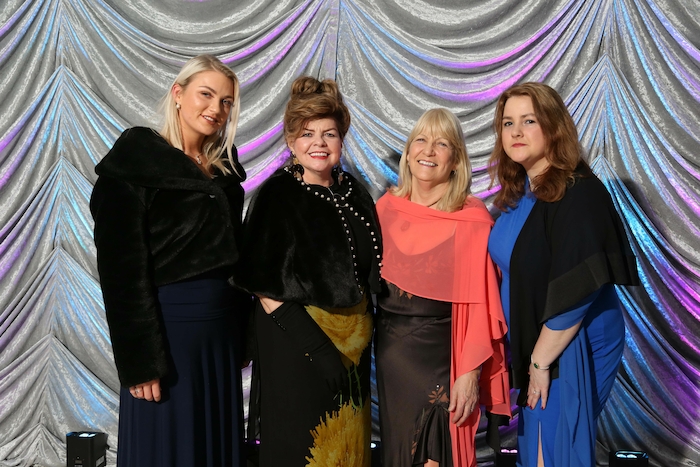 While last Saturday night was a time for celebration and enjoyment of the Alumni Award ceremony, this week also marked the poignant sixth anniversary of the death of Grainne’s beloved husband, Paul. “Paul and I met in London in 1992,” she relates. “He was Welsh; he worked in the motor industry and was very involved in anti racism campaigns. He came back to Ireland with me in 2000 and we got married in 2004. He then did an apprenticeship as a mosaic artist and later went back to college and did a degree in English in Trinity.

"He was already ill by the time of his conferring; we thought at first he had gallstones but he was diagnosed with terminal pancreatic cancer which had already spread to his liver and elsewhere. He got the diagnosis on Christmas Eve and he died four months later at home. He didn’t want to be in hospital and so I looked after him at home. He attained the highest marks for a mature student in Trinity’s English Department and they have now created a prize in his name, which will be for a mature student with the highest mark in their degree. The first recipient will be announced this year and Paul would have been so chuffed by that.”

Grainne concludes with her thoughts on receiving the Alumni Award; “I was absolutely blown away to be given this award. When I was phoned by the Alumni Office I initially thought they were going to ask me to participate in a fundraiser but I have kept close to the university, I am an adjunct professor of law here and I was also a member of the task force examining gender discrimination in academic appointments. The award is a huge honour and it means the world to me and it was a wonderful event.”