One of the most famous visual artists in the Arab world, Palestinian cartoonist Mohammad Sabaaneh, last week at the Black Gate Cultural Centre in St Francis Street, hosted a talk and exhibition on his work and the realities of life for Palestinians today under Israeli occupation.

Sabaaneh’s political cartoons, which are brimful of action and dramatic images, portray ordinary Palestinians in their daily struggle for survival and ongoing battle for justice. He is also a man who has served time in prison for his art. A painter and caricaturist, Sabaaneh has a daily cartoon in the Palestinian newspaper al-Hayat al-Jadida and his work is familiar to readers all across the Arab world. His black and white sketches have gained worldwide fame and he has won numerous awards, including the 2017 Marseille International Cartoon Festival Prix d’Or.

Ahead of his presentation at the Black Gate, Sabaaneh sat with me and talked about life in Palestine and his vocation as a cartoonist depicting his people’s struggle for justice. 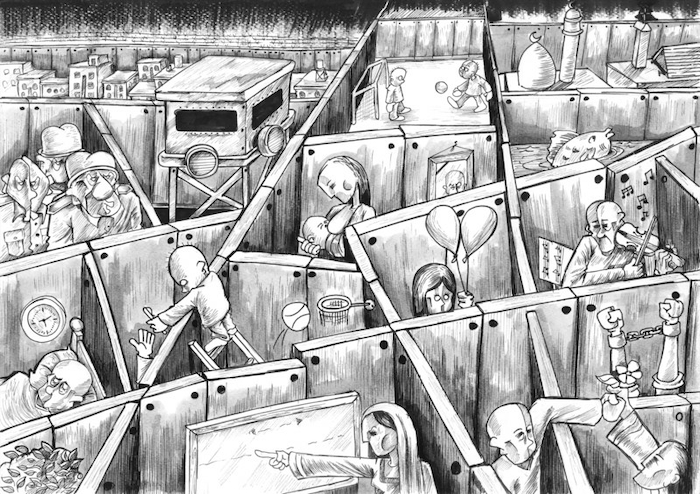 Sabaaneh was born in Kuwait, to Palestinian exile parents, and only returned to the homeland they cherished when he was embarking on a degree in university. “I was raised with other Palestinian kids in Kuwait and my parents felt a big nostalgia for Palestine,” he recalls. “They left Palestine to work in Kuwait, like all the Palestinian Diaspora did throughout the Gulf States and rest of the Arab world. When I was six years old I won first prize in a drawing competition in school.

"We later moved to Jordan and I kept working on my art every day, not as a cartoonist but doing portraits and other pieces. I moved to Palestine in 1997 to start my BA in university in interior design. In the first year of the second intifada, one of my friends was killed by an Israeli soldier and that was when I decided to be a cartoonist and engage with all of these conditions and issues in Palestine. I chose cartoons because they directly resist this occupation.” 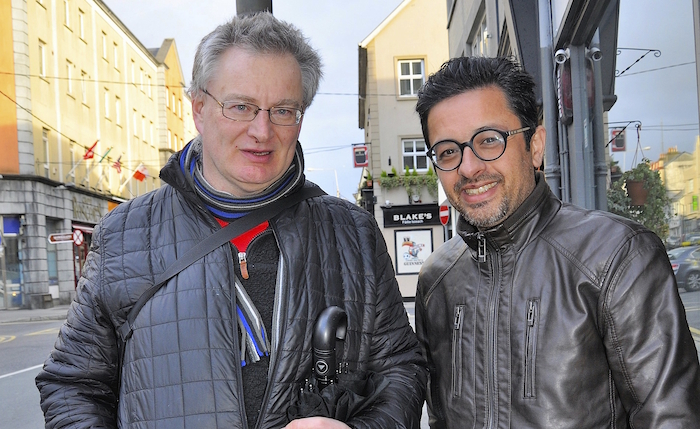 Since 2002, Sabaaneh has lived in Ramallah. He describes what life is like for Palestinians in the polarised dynamic of modern Israel: “All of the Palestinian people are in this confrontation, not just me as an artist. We all experience daily brutality from the Israeli army and settlers. You cannot avoid these conditions while you are living in Palestine; moving between our cities you see checkpoints, walls, soldiers.

'All the Eurovision singers going to Tel Aviv will be making this entertainment for Israeli soldiers. From that perspective I invite all the bands enrolled in the song contest to stop their participation in Eurovision'

"Each family in Palestine has a prisoner or former prisoner in an Israeli jail. Every family is suffering from this occupation; some because they live near the wall or the checkpoints or they have family members in an Israeli prison. Everyone reacts in a different way; some make art, others resist, some support the Boycott Divest Sanction movement. And some Palestinians don’t care; they have their own lives – but even these people face the same destiny.” 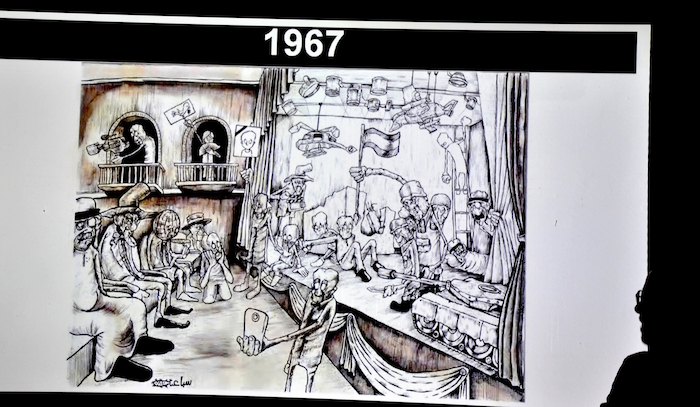 I ask Sabaaneh how Palestinians cope with the daily stress of the occupation. “It is not easy but we have only one choice, to stay in Palestine and to try to live as a human being,” he replies. “We will not leave our country. Many people had to leave in 1948 and there are now some nine million Palestinians living outside of Palestine. As a cartoonist I am always doing workshops with kids to counter these obstacles and conditions and to help those children live as a human being and normal person.”

Sabaaneh’s most recent book is Palestine in Black and White, an intimate and powerful portrayal of life under occupation. “Not all of my work is in black and white,” he notes. “Most of my daily cartoons for the newspaper are in colour but for my book most are black and white and I made that choice for many reasons. For conflict resolution you need compromise between two sides but the situation in Palestine is an occupation and to solve that you have to decide to be black or white – there is no middle area. We talk about human rights, about our historical rights in Palestine, and that is why I decided my book should be black and white because our situation needs black and white for a resolution.” 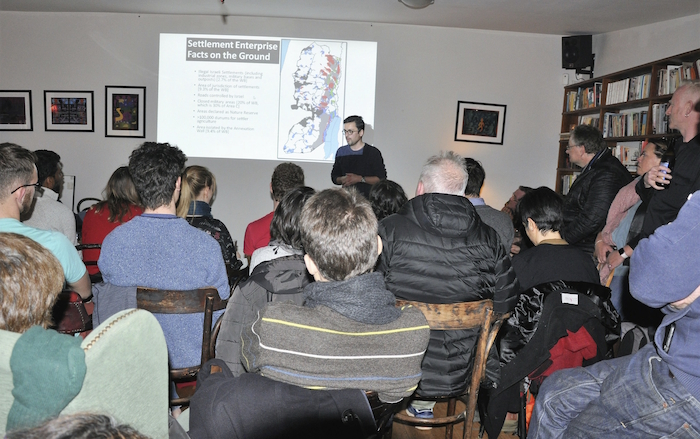 In 2013, Sabaaneh was arrested and spent five months in prison because several of his cartoons were published in a book by his brother who is a member of Hamas. While Mohammad himself is a trenchant critic of the Israeli occupation of Palestine, he has also been acerbic regarding Hamas and had one of his cartoons investigated by the Palestinian Authority.

“I think the Israelis arrested me because they wanted to put censorship inside me but they could not do it, because there was a big campaign on my behalf around the world. We will not stop doing our art even when the Israelis try to find other ways to make red lines around us like accusing us of being antisemitic. I hope the world will understand these accusations are fake and just a form of censoring our work.” 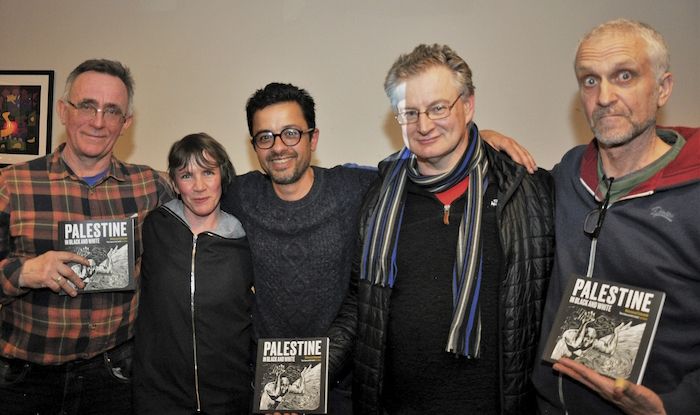 As Israel prepares to host the Eurovision Song Contest next month, Sabaaneh strongly asserts that the event should be boycotted. “It should be part of the BDS campaign," he said. "You cannot legitimise the Eurovision by saying it is just about art – what kind of art? Most of the Israeli artists and singers served in the Israeli Defence Forces, most of Israel’s citizens served in the IDF. You cannot separate politics from the rest of life.

"All the Eurovision singers going to Tel Aviv will be making this entertainment for Israeli soldiers. From that perspective I invite all the bands enrolled in the song contest to stop their participation in Eurovision. We will regard all those who participate as supporters of the Israeli campaign of dehumanisation against my people.”

Mohammad Sabaaneh’s visit to Galway was arranged by the Galway branch of the Ireland Palestine Solidarity Campaign. Further details of its activities are available from https://www.ipsc.ie.